With Keeping Up with the Kardashians being on TV for so long, we all feel as if there is nothing about the life of the famous family we do not know. However, Kim Kardashian, born 1980 recently proved us all wrong, sharing with the world that she had been in one of Tupac Shakur’s videos when she was a teenager.

The surprising revelation happened during a podcast of her friend Jonathan Cheban, and the world still cannot stop talking about it.

The TV star then explained that she did not meet Tupac when the video was shot.

Immediately after Kim had shared her secret, everyone started looking for the video in question. In the podcast, the KUWTK star gave a couple of more details:

Initially, everyone thought that the video Kim talks about is the ‘All About U’ music video, since it is the only Tupac video with models on the runway. Moreover, the woman in the blue dress that can be seen in 3:16, 3:31, 3:34 and 4:28 of the rapper’s video looks pretty much like Kim.

Still, there are many things that Kim Kardashian said during the podcast that indicate this is a wrong theory. For starters, she said she didn’t meet Tupac, but in ‘All About U’ music video the rapper is obviously on the runway as well.

The fact that Kim also publicly said the girl in the blue dress is not her. Via Twitter, she wrote: ”This isn’t me”. Later XXL remove their tweet. Then why did you lie, Kim? 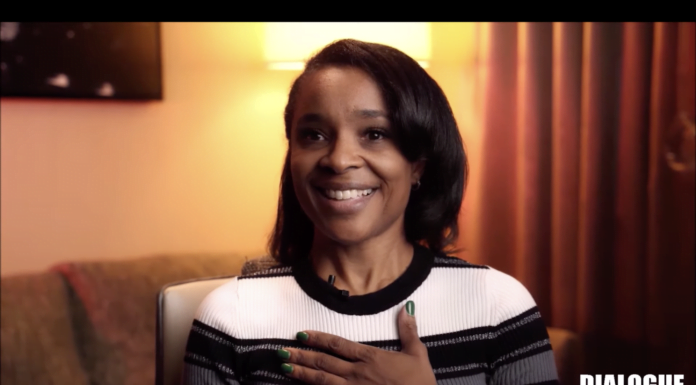