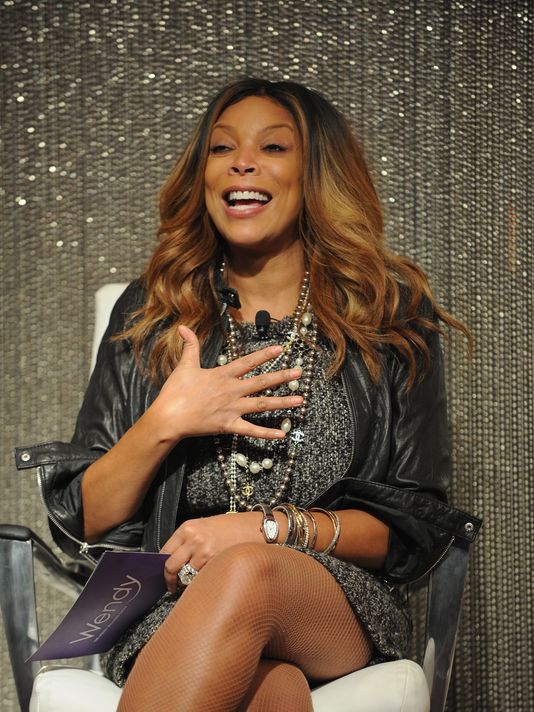 Media personality and TV host Wendy Williams got her biography on tape in one of Lifetime’s latest premieres “Wendy Williams: The Movie”.

In the biographical film, executively produced by Williams, the TV star opens up about the ups and downs she had in life. The movie follows Wendy’s path from radio host to becoming one of the most influential TV personalities with her nationally syndicated show “The Wendy Williams Show”.

The most interesting part for the audience is the thing that brought Wendy more clout than anything else – her public spats with plenty of celebrities including some of the biggest names in rap music such as Tupac Shakur and Method Man.

In February 1995 Tupac was sentenced to 4 and a half years behind the bars following his first-degree sexual abuse charges from 1993, filed by Ayanna Jackson, who claimed the late rapper and his friends raped her. While his album “Me Against The World” was hitting the number 1 spot in Billboard 200, Pac was serving time.

In October 1995, Tupac signed to Death Row Records following his deal with Suge Knight who paid his bound and released the legendary Emcee out on bail.

For unknown reasons in 1995, Wendy Williams spread a rumor that Tupac, who was behind bars for 9 months that same year was raped in jail. Her statement did affect positively her career but got Pac’s attention, who from another side addressed the topic in the song “Why U Turn On Me” released in the album Until The End Of Time.

Here is how Tupac answers

Produced by Makaveli-himself, “Why U Turn On Me” is clearly a Wendy Williams diss track, addressing all of his haters and the TV personality in a few bars. The lyrics of the track had no secret message or anything like this, it’s just pure dissing of one of the most influential TV stars back then.

Revenge is a payback bitch, get your gat

Fuck {​Wendy Williams}​ and I pray you choke

On the next dick down your throat

For turnin’ on me”

In one of his interviews, Tupac explains the reason he dissed Wendy Williams like this:

“I got a beef with Wendy Williams saying I got raped in jail because that ­disrespected me, my family and what I represent,” Tupac said.

Revisit the “Why U Turn On Me” track below.

Ayanna Jackson: Tupac’s Alleged Rape Victim & ”All Eyez On Me”...