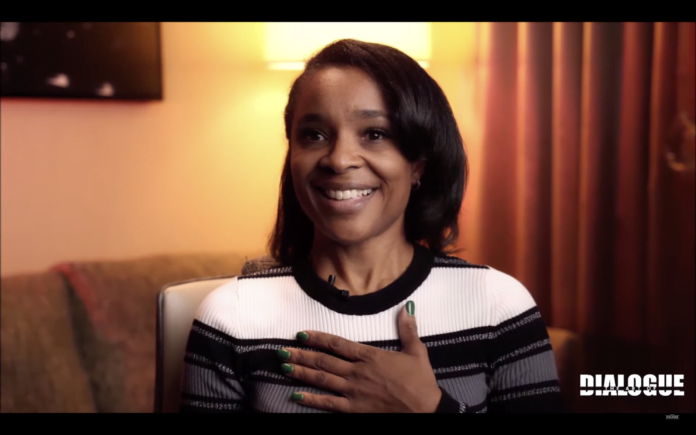 30 Years Later The Girl From Tupac’s “Brenda’s Got A Baby” Video Shows Up.

After so many years, Ethel Love, the girl who plays Brenda in the emblematic Tupac video for one of the realest tracks ever made “Brenda’s Got A Baby” sat down with “The Art Of Dialogue” for her first-ever interview.

The video for the track which took place in “2pacalypse Now” was filmed in Oakland, California on January 7, 1992. Back then, Ethel was only 17-years-old. The fact that her brother was Tupac’s friend was the thing that led to the young girl being chosen for the main role in the video.

“I knew Tupac because he was hanging out with my brother,” Ethel says in the interview,” he (Tupac) was more of my brother’s friend” she continues.

According to the Richmond-born lady, the video shoot finished in just 12 hours.

In the 44 minutes-long clip, Ethel reveals some details from the day the video was shot, revealing the professional and skillful team who worked behind the “Brenda’s Got A Baby” video.

“On set, I was the star. They treated me like a star…the set was really professional” Ethel Love said about the process of shooting the video. Love also details the interaction she had with Tupac behind the scenes, explaining it as just greeting each other in the morning when the video shoot starts.

When it comes to fame, Ethel reveals it all happened so fast after the premiere of the video that she was unable to walk down the street with her baby because of the recognition she got.

Despite being recognized as “Brenda” all the time, Ethel Love reveals the problems touched by the “Brenda’s Got A Baby” track still exist in the hood.

“This video is so iconic…it still exists…that problem. People hiding what’s going on in the hood” Ethel Love says about how relevant is the story behind the song.

Check out the full interview below.

The Real Story Inspired Tupac for ”Brenda’s Got a Baby”