Who Was Biggie Smalls aka Big Dric from 2Pac’s ”God Bless The Dead”?

Majesty, a member of Live Squad would also go on to clarify a mystery around one of Tupac’s most renowned songs – ”God Bless The Dead”. Part of the lyrics appears to be dedicated to the Notorious B.I.G, even though the great artist was still alive at the time. This certainly caused a massive outcry throughout the hip-hop world, but Walker once more tried to shed some light on the actual intentions of Pac.

Majesty spoke about the lyrics being dedicated to a person with the nickname Biggie Smalls, but it had nothing to do with the famous Christopher Wallace. The lyric was intended to honor the memory of Big Dric, who was a close friend of Tupac and the Live Squad. As Majesty recalls, Dric had nothing to do with the musical world and would never rap. Rather than that, he was a graffiti artist, who had a fantastic bond with Pac from the start, which fueled the sentiment in the soul of the fallen great.

”This is the Biggie Smalls aka Big Dric, Tupac dedicated the song ”God Bless The Dead” to because that was our guy. He met him and they clicked immediately, so when we lost him, ‘Pac felt our pain and that’s how that song came about. SALUTE!”, wrote Majesty.

One of Pac’s producers – Big D the Impossible, would also be referred to by 2Pac as “Biggie Smalls” in some interviews. Deon ”Big D The Impossible” Evans passed away on October 20, 2015 in Los Angeles at the age of 45.

Who Really is Biggy Smallz / Biggie Smalls? The Story Behind One of The Most Common Names In Rap 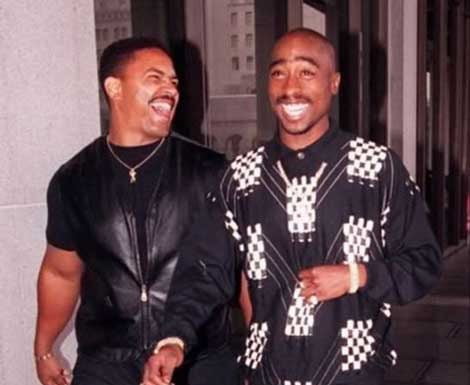