It turns out that during his time in prison, Tupac Shakur gave his fellow inmate, Carmella Viserto, two polaroid photos of himself and his wife at that time, Keisha Morris. These are not the first photos of Tupac Shakur that find their way to an auction and everyone is holding their breath, waiting to find out how much money are people willing to pay this time. The auction company, Nate D. Sanders owns a letter that proves the authenticity of the images, provided by Viserto, so the potential buyers can be completely sure what they are giving their money for. (see auction)

The first photo that is to be sold features the young couple hugging themselves in front of, what appears to be a huge canvas of a lake. “June 4, 1995 / 2 Our Best friendz / Much Love 2 the Both of u / TUPAC & Keisha,” Tupac wrote.

The second Polaroid (April 30, 1995) is said to have been taken the day after Tupac and Keisha got married. At the top of the image we can see the caption”Keisha & TUPAC”, and at the bottom, “2 Carmela & Anthony our inspiration to be patient & loving. UR great friends we wish u much success & happiness as we take each day with the next / TUPAC.” On the side margin, his beautiful wife adds: ”Love Keesha.” 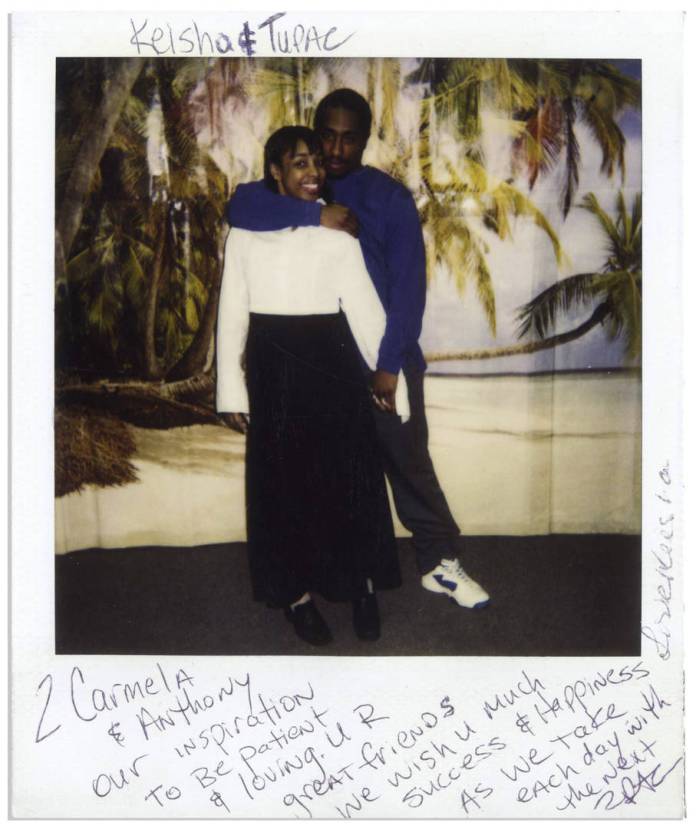 The news of these photos is almost as exciting as the news that Tupac’s sister Sekyiwa Shakur plans to relaunch Tupac Amaru Shakur Foundation ”TASF ”, and the only thing we are all wondering is what are people ready to pay to get a hold of such personal belongings? According to what the press has released, bidding for both Polaroids begins at $3,000. Let us remind you that recently, a pornographic photo drawn by the rapper was sold for $21K, so we can only wait and see what happens with those two.

2PacLegacy Staff - Modified date: October 19, 2021 0
The question “who?” involving in it The Notorious B.I.G. and Tupac Shakur aged in time like a bottle of good old wine and will...