Tupac Amaru Shakur was born on June 16, 1971 in New York, but many people do not know that this is not the actual birth name of the legendary rapper. When he was born, Tupac was first registered as Lesane Parish Crooks, but three days later (according to his birth certificate) his mother Alice Faye Walker (Afeni Shakur) changed his name to Tupac Amaru Shakur. 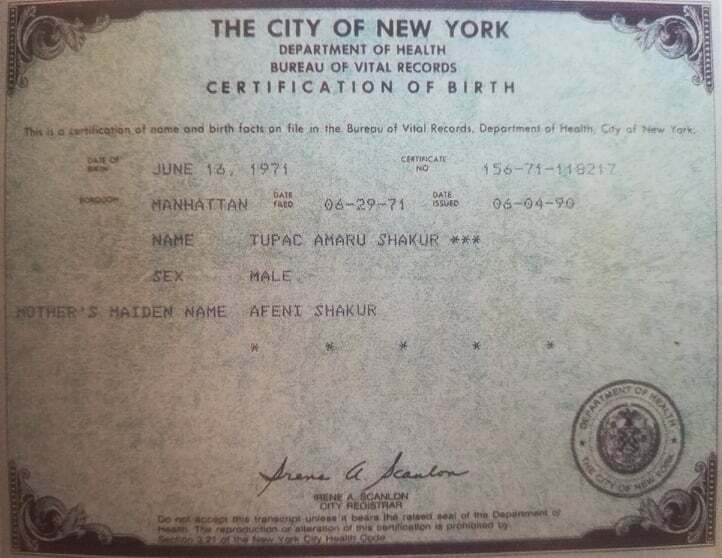 Changing the name of Tupac was part of the whole upbringing that Afeni gave to her son in the spirit of revolutionary movements, the battle for equality and social justice that black people in America, and not just there, continue to fight without interruption. Both parents of the future rap artist, Afeni Shakur and William “Billy” Garland are active members of the far-right Black Panther party, actively fighting for more rights for the African-American citizens in the United States.

Moreover, just one month before Tupac was born, his mother, Afeni, had stood trial. She faced more than 150 charges of conspiracy against the government but was ultimately justified.

As a Black Panther, Afeni wrote frequently for the Panther Post newsletter and was later part of a group called “Panther 21,” who was arrested in 1969. The group was charged with conspiracy to bomb police stations, department stores, and other public places in New York City. Shakur acted as her own attorney and was acquitted of all charges after a five-month trial. It was while out on bail that Shakur became pregnant by New Jersey truck driver William Garland and Afeni gave birth to her son in June 16, 1971. Tupac was originally named Lesane Parish Crooks, but Shakur renamed him Tupac Amaru Shakur, a name derived from the Inca words for “shining serpent.” Shakur instilled in her son the Black Panther’s philosophy of Black nationalism, revolutionary thought, and self-determination.

Afeni Shakur, who is one of 16 Black Panther party mem bers who have been in jail since April 1969 on bombing conspi racy charegs, was released last inght in $100,000 bail.

The money for the 22‐year‐ old Afeni was provided by five Presbyterian and Episco palian churches and four min isters, who said they made the bail available for Mrs. Shakur after Black Panther party offi cials designated her as their choice. 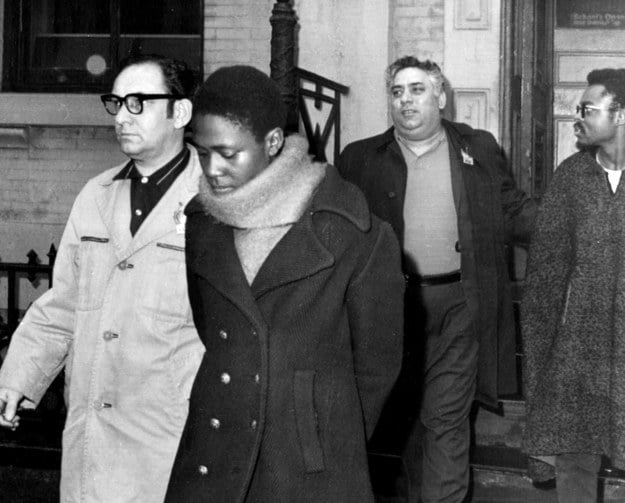 Many rap fans probably don’t know that Tupac was named after a real-life person. This is the leader of the 18th-century Peruvian Indians Túpac Amaru II, who was the leader of the rebellion against the Spanish conquerors invading the South American continent. The name “Tupac” is derived from the Indian language “Quechua” and means “royal”

Talking about her decision to rename Tupac while he was still only a year old, Afeni Shakur shared: “I wanted him to bear the name of the revolutionaries, of the world’s indigenous people. I wanted him to know that he was part of world culture and not just the neighborhood we live in. “

Tupac proudly carried his name to the very end of his life, and never betrayed the ideas of the “Black Panthers”. It is of no doubt that he was as courageous as Tupac Amaru, the Indian leader of Peru, who opposed the mighty Spanish conquistadors. 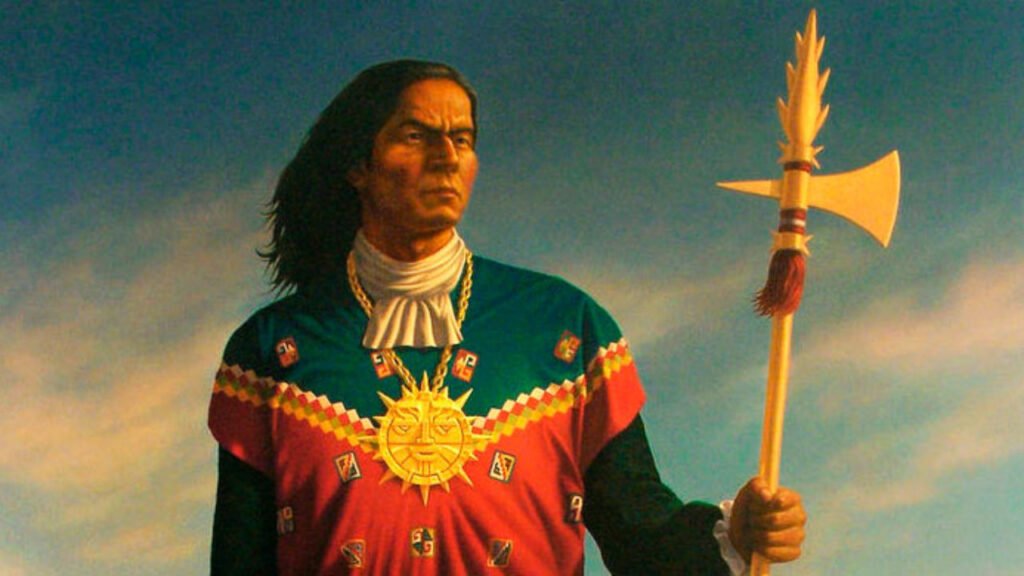 When he made his first steps into the hip-hop industry, Tupac decided to use his name as his artistic nickname. However, he made a slight modification of its spelling – 2Pac, and this is a name that has been known worldwide ever since.