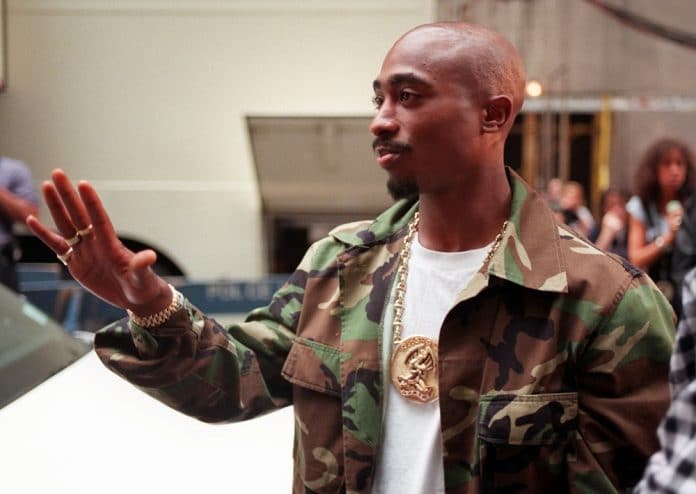 Although spending only 25 years in this world, Tupac led a life that could easily be compared to a roller coaster. The late rapper managed to savor the world of fame and money, reaching the top of the hip-hop industry, but at the same time, he went through dark moments of violence, disappointment, betrayal, and sadness. In this article, we have gathered some of the most important Tupac quotes about life.

The dramatic changes in Tupac’s life, forcing him to maneuver between rising and falling, left their bright imprint on his music as well as on his views on the world. Looking closely at the works of Tupac, we can notice a frequent transition from one emotional extreme to another.

Thoughts of death alternate with thoughts of hope for a better future and love, and that makes Shakur a complex individual that is sometimes difficult to understand. We can safely declare that he managed to control both emotional extremes, seeing not only the worst in people but also the best.

In the last years of his life, Tupac built an image of a gangster and a public enemy, especially during his time in Death Row Records, when he was under the influence of Suge Knight. Prison changed Shakur and he devoted a great deal of his time to the lyric wars he had with his enemies. It is quite possible, however, that everything was just a mask, behind which the rapper protected the most vulnerable parts of his soul… a soul crushed under the weight of expectations and public attention.

Here Are 45 Tupac Quotes About Life

“A coward dies a thousand deaths. A soldier dies but once.”

“Christmas to me is as many people as possible happy. So I’m not saying..peace on the earth and all of that. I’m talking about just like, you know, a house full of my homies, friends, youngsters, old people, OGs, everybody just having fun, just getting your drink on. Everybody is just celebrating, reminiscing, remembering the dead, the people in jail. That’s the greatest, that’s Christmas. That’s what makes it real.”

“Dre was one of my heroes in the music industry. If he’s not down for his homeboys, I don’t wanna be a part of him or around him.”

“Don’t change on me. Don’t extort me unless you intend to do it forever.”

“Don’t leave this world without giving it your all.”

“I don’t see myself being special; I just see myself having more responsibilities than the next man. People look to me to do things for them, to have answers.”

“I’m 23 years old. I might just be my mother’s child, but in all reality, I’m everybody’s child. Nobody raised me; I was raised in this society.”

“I’m hungry for knowledge. There’s no pigeon hole to put me in, so they’d rather just make it look like I’m crazy.”

“I am society’s child. This is how they made me and now I’m sayin’ what’s on my mind and they don’t want that. This is what you made me, America.”

“I am a thug. If you push me in the corner, there will be problems. Do you know what I’m sayin‘? I am in the magazines today and tomorrow I could be in the papers. Mess with me and I turn into Bishop real fast. Leave me alone and I will be Lucky. Get it?”

“I’m 23 years old. I might just be my mother’s child, but in all reality, I’m everybody’s child. Nobody raised me; I was raised in this society.”

“I’m a human being, like everybody else, if I meet somebody perfect then they can train me and they can help me be perfect, but ain’t nobody out there perfect. So, we’ll all just get along with each other. That’s just how I feel.”

“I just don’t know how to deal with so many people giving me that much affection. I never had that in my life.”

“I know we all have choices to make and my choices have already been made even if I wanna change it.”

“I know what good morals are, but you’re supposed to disregard good morals when you’re living in a crazy, bad world. If you’re in hell, how can you live like an angel? You’re surrounded by devils, trying to be an angel? That’s like suicide.”

“I set goals, take control, drink out my own bottle. I make mistakes but learn from everyone. And when it’s said and done, I bet this brother be a better one. If I upset you don’t stress; never forget, that God isn’t finished with me yet.”

“I think I’m a natural-born leader. I know how to bow down to authority if it’s authority that I respect.”

“In my heart, I’ll be saying ‘Damn you know I don’t wanna go to jail..I’m trying to live.’ On the other hand, I can’t really take it personal because I’m a reflection of the community…”

“Life is a wheel of fortune and it’s my turn to spin it.”

“My life was lived through falling rain, so call on me if there be pain.”

“My whole life is going to be about saving somebody. I got to represent life. If you saying you going to be real, that’s how you be real-be physically fit, be mentally fit. And I want niggas to be educated.”

“Our future is our confidence and self-esteem.”

“Print the facts so everybody can sort it out. My life is ruined because nobody has a chance to get the facts.”

“There’s nobody in the business strong enough to scare me.”

“This is what I don’t like is that my mother told me this when Malcolm X was alive, writers use to do shit like that. Then when he died, that same nigga will be like he interviewed me, he’ll be writing a book about my life. And I just don’t like that. Support me, if you don’t understand me, don’t write about me.”

“We have to find success. Brothers really have to start getting their grip, getting paid, getting money. If you never had anything in your life, and someone comes over to you and offers you everything you’re gonna go for it.”

“We live in a culture where people are more offended by swear words and middle fingers that they are by famine, warfare and the destruction of our environment.”

“We were young and we were dumb, but we had a heart.”

“You can spend minutes, hours, days, weeks, or months over-analyzing a situation; trying to put the pieces together, justifying what could’ve, would’ve happened…or you can just leave the pieces on the floor and move the f*ck on.”

“You know nothing can stop me but loss of breath and I’m still breathing so it’s still on.”

See Also  10 Songs In Which 2Pac Raps About Death
- Advertisement -