Tupac was the man who saw no Changes, drove Impalas, Rolls and Ranges. From stages to tarmac here are the cars of the G.O.A.T…

Let’s take a look at Tupac’s collection of cars and Suvs.

The rapper’s ivory Range Rover met its demise when Pac’s friend, Hussein Fatal, “borrowed” it without his permission and then totalled it. Everyone at Death Row Records (apart from Fatal, obviously) knew you had to be out of your mind to mess with something that belonged to Tupac, and the rapper was so mad about the SUV that he immediately sent his accomplice back to California.

Tupac also owned a similar car to his friend Mike Tyson, purchasing a 1995 Rolls-Royce Corniche IV. Despite the fact this was the rapper’s favourite car, it was actually owned by Death Row Records label chief, the infamous Suge Knight.

Some of Tupac’s unclaimed belongings eventually fell into the greedy hands of memorabilia dealer Gary Zimet. “I have the license plates from Tupac’s Rolls-Royce for $25,000. What is interesting is that I also have the registration, which is under [Death Row Records founder] Suge Knight’s name,” he said.

Tupac was quite proud of the Rolls-Royce Corniche, often seen driving it around and featuring the vehicle in a few of his music videos. This was a big and luxurious car that could still pack a decent performance punch when it needed to.

Another classic ride that also appeared in the ‘To Live & Die In L.A.’ music video was a 1995 six-cylinder Jaguar XJS. The emerald Jag was the gem in Tupac’s fleet, as it was one of the few he owned outright in his own name. The convertible was barely driven following his death and was auctioned on eBay in 2008 with the original paperwork and Tupac’s signature – all for a $40,000 opening bid!

Suge Knight was also an owner of this beautiful British sports car, and Tupac was seen driving this vehicle quite often. With the lightweight design and the pinnacle of V8 engines, the 1995 Jaguar XJS is a true driver’s machine, with enough luxury to please even the most discerning shopper or in this case a musical celebrity. 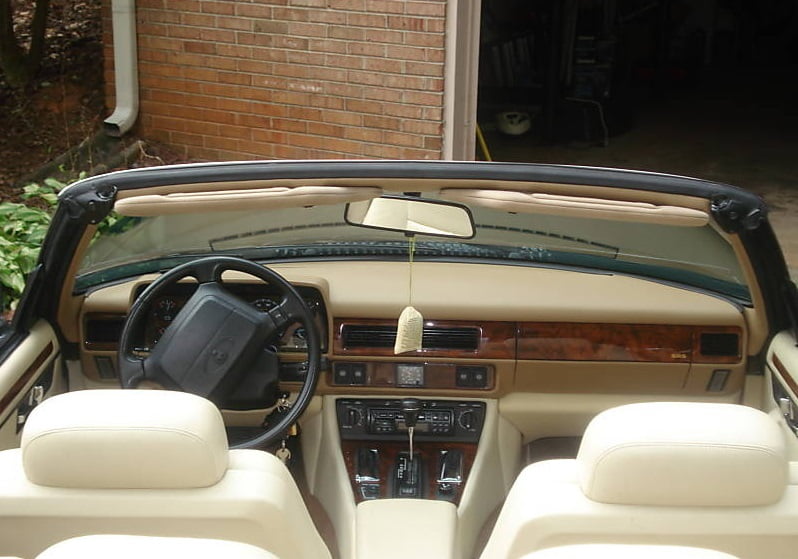 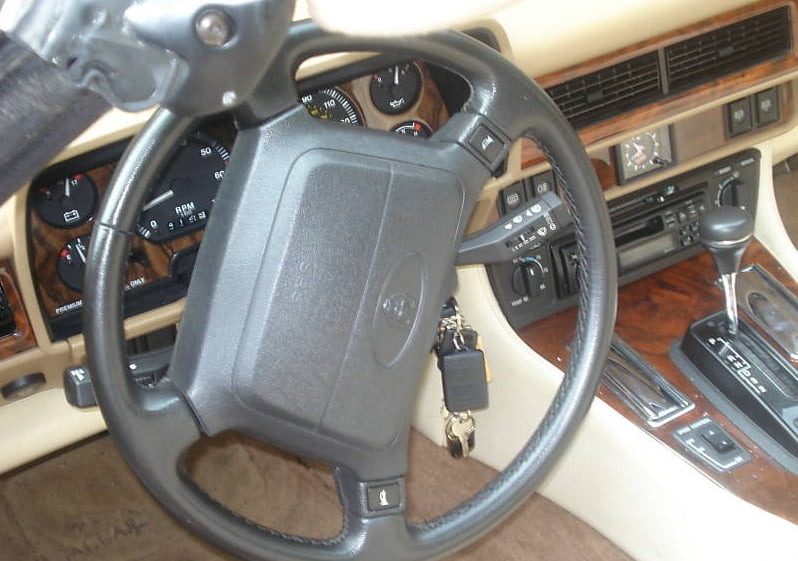 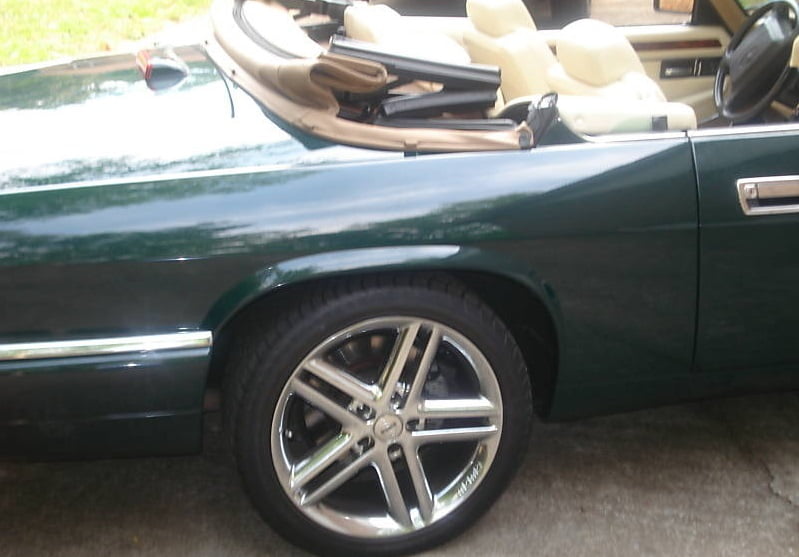 In his classic ‘To Live & Die In L.A’ 1996 music video, Tupac cruised through the City of Angels in a lemon-yellow 1961 Chevy Impala. The product placement further enhanced the Chevrolet brand following NWA’s famous “cruisin’ down the street in my ’64” lyric. It’s safe to say Tupac had an influence on Chevrolet snatching a 16.80 per cent peak US market share in that year. Tupac had a real bond that he formed with the West Coast rap scene, and there is probably not a car that is more synonymous with the West Coast than the 1961 Chevrolet Impala.

Tupac made his millions quick, and Suge Knight was quick to show the young rapper how to spend his money. The Mercedes 500SL is a car that Tupac was in love with, and was actually featured in many of his most famous songs. The rapper shared this car choice with his best friend Mike Tyson, who also came from a similar troubled background.

“Picture Me Rollin” is a song from the 1996 album ‘All Eyez On Me’; it outlines 2Pac’s desire to stay on top after getting out of jail. His opening line, “Picture me rollin‘ in my 500 Benz,” invites the listener to live vicariously through the gangster rapper’s lifestyle as you picture Pac rollin’ in his droptop Mercedes-Benz 500SL – with rims that he didn’t have to steal… he finally made it! 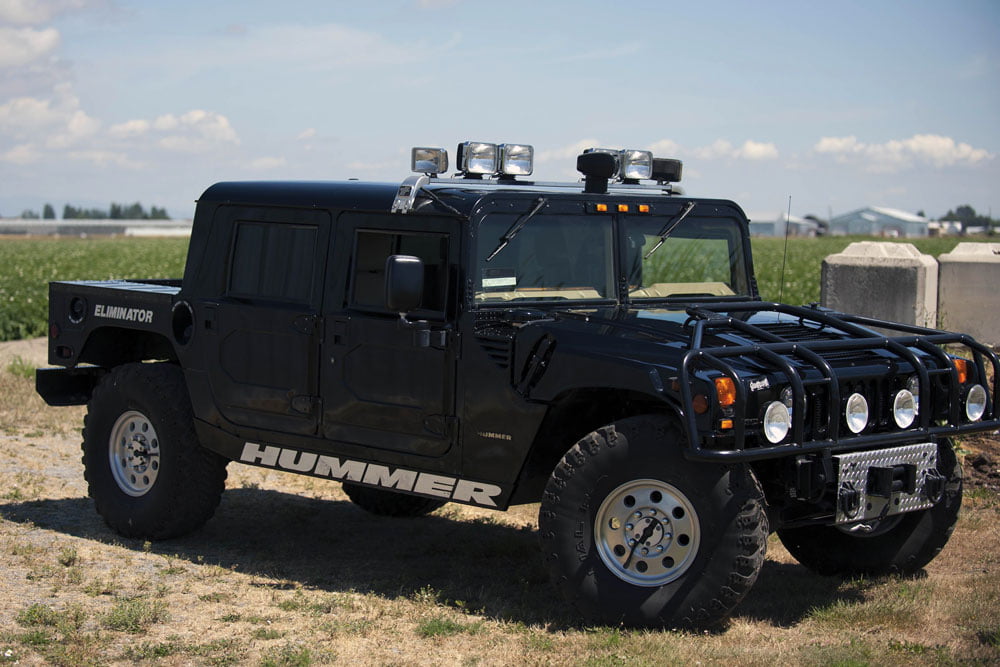 Tupac Shakur was one of the original owners in addition to Suge Knight, although Tupac’s vehicle was much more of a special order with a blacked out design that was complete with bright off-road lighting and huge tires. The Hummer H1 Eliminator is a truly one of a kind vehicle that will always stand out. Just months before his death, Tupac’s car collection added an SUV so aggressive it personified the rapper’s often frenzied demeanour. The customised 1996 Hummer H1 has a 6.5 litre turbodiesel V8 backed by an automatic transmission. With an aggressive exterior guard, tonnes of off-road lights, a 360-degree spotlight, and an external PA system with three sirens, you couldn’t miss the ‘Outlawz’ coming! The mammoth military-mimicking motor (try saying that quickly three times!) sold at auction in 2016 for $337,114.

Featured in the California Love music video with Dr. Dre, the Hummer H1 Eliminator is a special edition vehicle that had a number of add-ons which gave the vehicle that intimidating look. 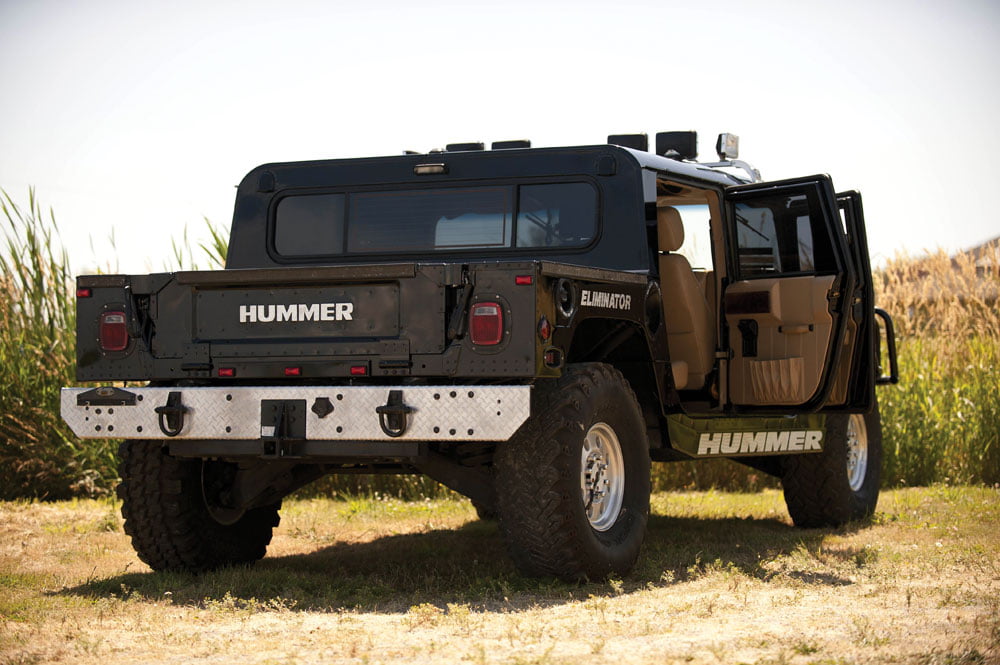 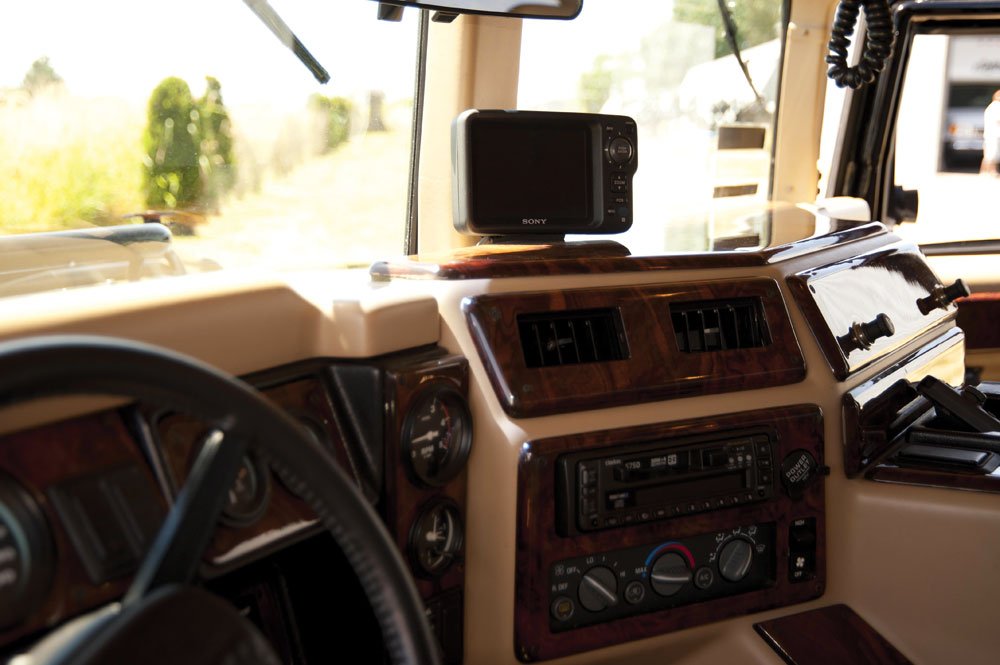 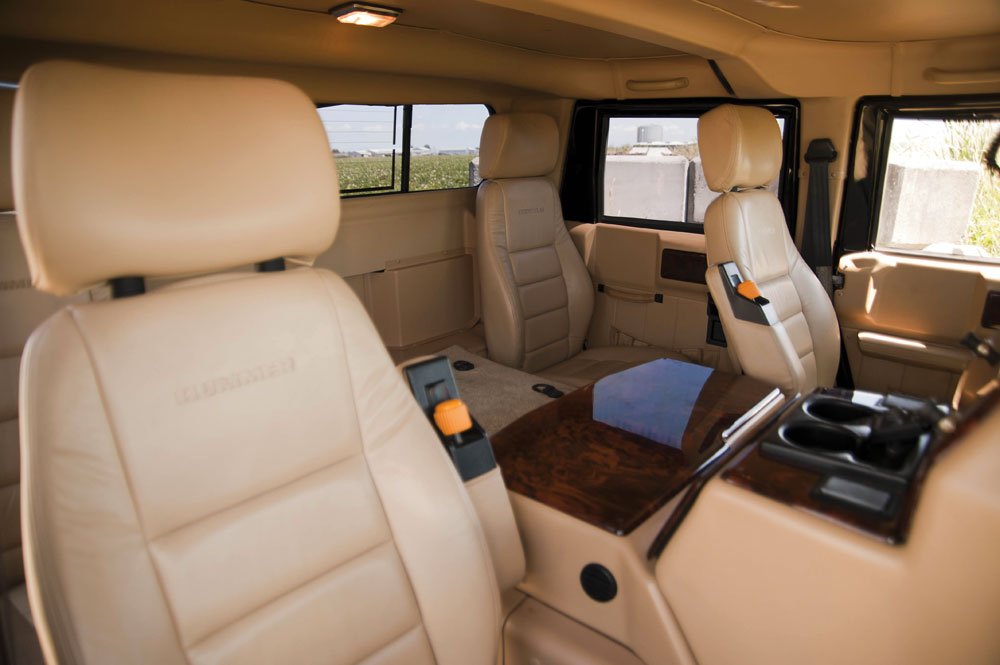 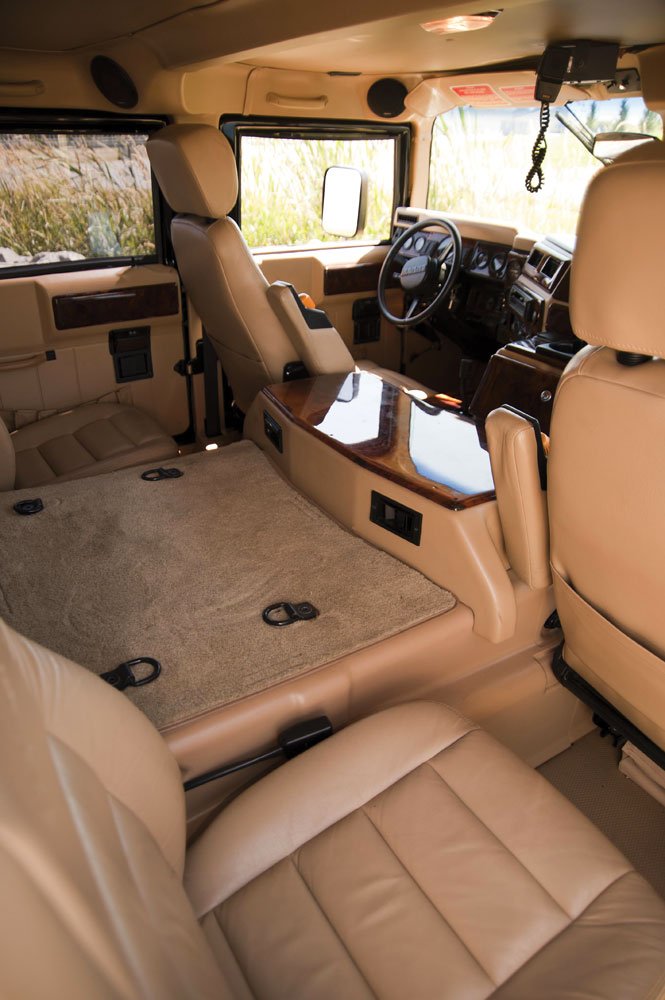 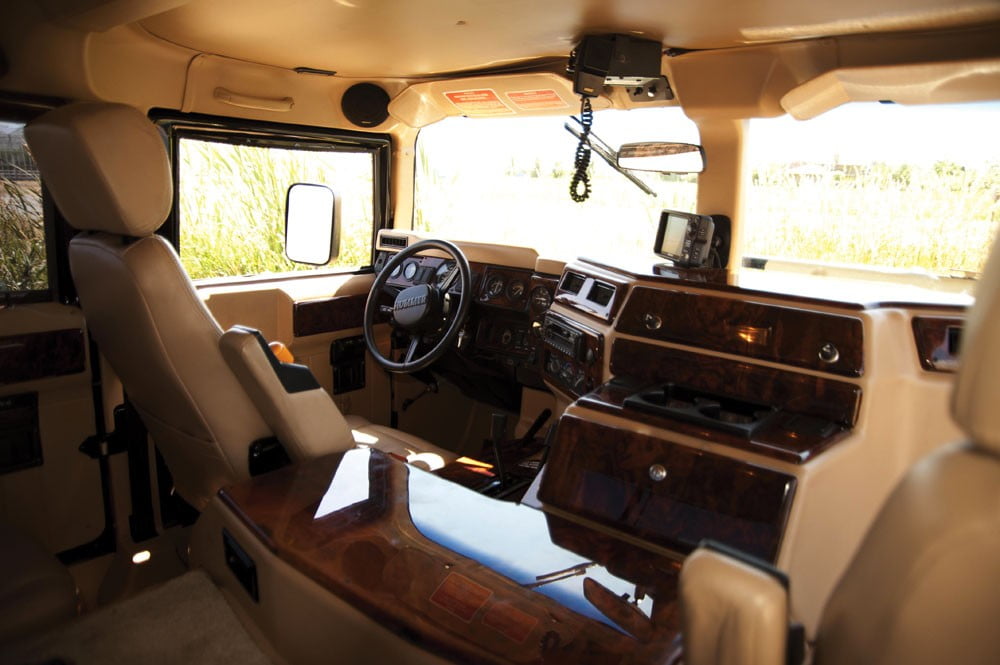 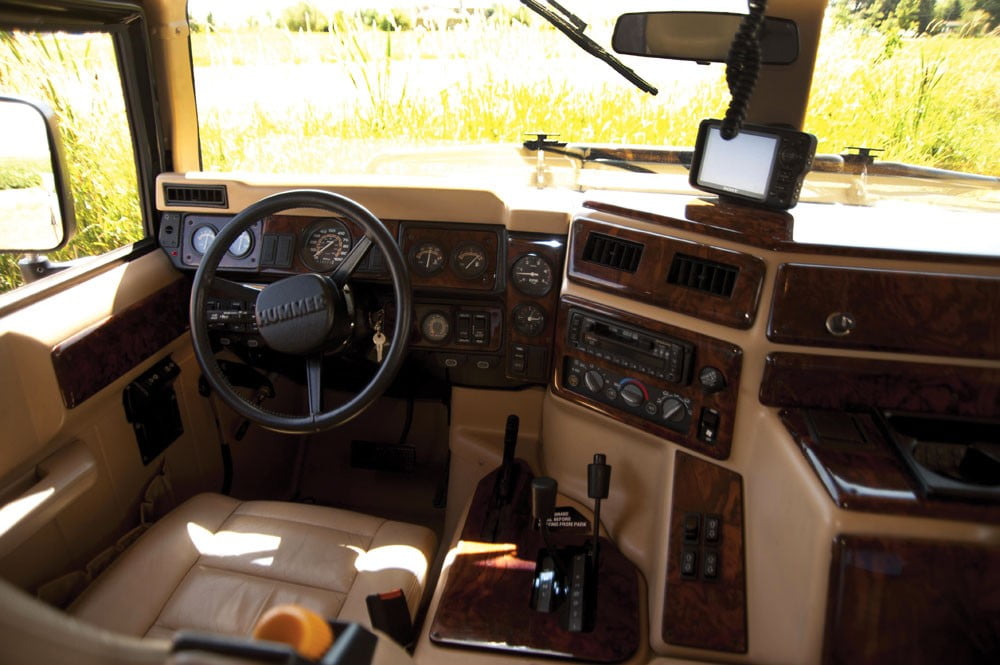 After watching Mike Tyson trade leather with Bruce Seldon in a boxing bout in Las Vegas, Tupac rode down the Vegas strip in the passenger seat of a 1996 BMW 750iL. As the rapper and chauffer Suge Knight stopped at a red light, an assassin pulled up in a white Cadillac and unloaded a clip, killing Shakur. The infamous BMW has recently been listed for sale on Moments In Time for an astounding $1.5million.
The 1996 BMW 750iL was a fine piece of automotive engineering, and there was also an even larger model which came with the notorious V12 engine, and this is one of the highly sought after used models.

Right seat was the last place of Tupac

In the comments write your favorite car or jeep from Tupac’s collection.