Examining the works of 2Pac, we can see that one of the greatest rap artists of all time had a strong and unstoppable flirt with death. In many of his songs, 2Pac touches on topics related to the Beyond, and some would even say that he has repeatedly predicted his demise following the September 1996 shooting in Las Vegas.

In this article, we will give you examples of ten 2Pac songs, in which he talks about death. It is up to you to decide whether the legendary rapper felt his end was near, and what is the meaning behind his words.

The title of the song itself says enough – “If I die tonight.” In this track, 2Pac once again depicts a lyrical gangster lifestyle, mentioning his friends who are no longer in this world. When you listen to the last third verse, it is almost as Pac prophetically seeing the headlines in the newspaper reporting his murder:

“I hope they bury me and send me to my rest / Headlines readin ” Murdered to death ‘/ My last breath.”

“Open Fire ” is a song from the R U Still Down?[Remember Me] album, released after the death of 2Pac. In this track, the rapper offers us three explosive verses saturated with enough action for an action movie script. In the first verse, 2Pac acknowledges that he has been ready to meet his end since the moment of his birth:

“Word to God I’ve been ready to die since I was born”.

“I Wonder If Heaven Got A Ghetto”

In many of his songs, 2Pac depicts with his words the lifestyles of many black males in America, forced by the government and the system to live below the poverty threshold In this song, Pac raises many social questions about the life of black male, and in the last third verse, he even doubts whether it makes sense to live in this way:

“I wake up in the morning and I ask myself / Is life worth living, should I blast myself? ”

“So Many Tears” is part of the “Me Against the World” album, which is identified as one of the strongest in 2Pac’s discography by both critics and fans. In this song, Pac indulges in moving lyrical revelations and even points out that his next destination is Hell, not Paradise (“I spend my time in this cell, ain’t living well, I know my destiny is Hell ”) The whole text is filled with painful confessions and reflections, and in it, Tupac once more flirts with death, saying:

“My every move is a calculated step, to bring me closer. To embrace an early death, now there’s nothing left”

In the last third verse, he still shows hope that despite his sins-filled life, God can be merciful and allow him beyond the gates of Heaven:

The song “Letter 2 My Unborn” is further proof that death had never stopped infiltrating into 2Pac’s thoughts. In this track, he writes a letter to his “unborn child” in case he dies before he has the chance to tell all this in person. The song is a fiction, because at the time of his death, 2Pac and his fiancée did not expect a child. In one of the verses, Pac seemed to foretell his death once more, expressing a desire to go peacefully rather than violently:

“Make way for a whirlwind prophesied / I want to go in peace .. when I gotta die”.

Life on Earth is hard and unfair, especially for young black male, but 2Pac’s vision of Heaven is different. In his song “Thugz Mansion”, Pac describes his vision of a place in Heaven where he and his loved ones can be free and happy:

“Where we can drink liquor store and no one bickers over trick shit / A spot where we can smoke in peace”.

The third verse of the song is particularly moving, since it starts with a letter to Tupac’s mother Afeni, in which he asks her not to shed tears for her dead son, because he is in a better place.

“Dear momma don’t cry, your baby boy’s doin ‘good / Tell the homies I’m in heaven and they ain’t got hoods”

2Pac often talks about his own death in his lyrics, and in the video for the song “I Ain’t Mad at Cha” he even visualizes it as the main scenario of what’s happening in the video. The video begins with a shooting that cuts the rapper down, in front of the eyes of a close friend of his. Then, we also see scenes from the ambulance when Pac is on his way to the hospital. 2Pac, however, does not survive the shooting, and in the rest of the video, he is represented as a figure from Heaven, dressed in white, speaking to his friend who is still grieving for him.

What can we do when we lose our loved ones? We can grieve for them, sure, but the point is that life goes on, and with it, so do our own struggles. In the song “Life Goes On” 2Pac touches specifically on the topic of death, including his own. In the chorus of the song, he admits that he often thinks of death (“Be a lie if I told you that I never thought of death”), and at the beginning of the third verse he even visualizes his funeral:

“Bury me smilin ‘with G’s in my pocket / Have a party at my funeral, let every rapper rock it.. ”

In the lyrics of the song in question, Tupac’s prophetic gifts appeared once again, since only a couple of hours after he had recorded his verse:

“Follow me, tell me if you feel me I think niggaz is tryin ‘to kill me”, he was shot 5 times.

The date was November 30, 1994, and early in the evening, Tupac was invited by Ron G., a DJ in New York, to record a song with him. Tupac agreed to record the song for free, as a favor to the young rapper who he wanted to help. (He usually charged other rappers a record fee).

After he finished recording, Tupac received a message on his pager from a rapper named Booker, who asked him to record a song with Little Shawn, an East Coast rapper. Tupac agreed to the sum of $ 7,000. Booker agreed as well and told Tupac to come to Quad Studios, at 723 Seventh Avenue between 48th and 49th streets of Times Square, where he was ambushed by Walter ‘King Tut’ Johnson and Dexter Isaac, who robbed him and shot him 5 times. They were hired to kill Tupac for $ 2,000 only.

”Death Around The Corner”

In the song ‘Death Around The Corner’, the 23-years-old Tupac once again feels that death is very close. The very first verse explains how the rapper wants to be buried:

”In the city where the skinny niggas die
If they bury me, bury me as a G nigga, no need to worry
I expect retaliation in a hurry
I see death around the corner – every day ”

1994 was one of the darkest years in Tupac’s life. He was accused of rape, which he did not commit, he was shot, robbed and betrayed by his best friends. During this time of bad luck, Tupac made one of his most prophetic and spooky songs, part of his realest and most honest album-” Me Against The World ” 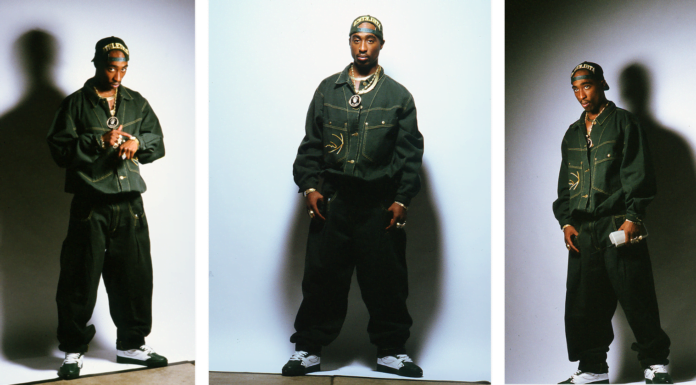 2 or 3 New Tupacs Albums On The Way Soon.. Heads up! Don’t Touch The OG’s Master Recordings