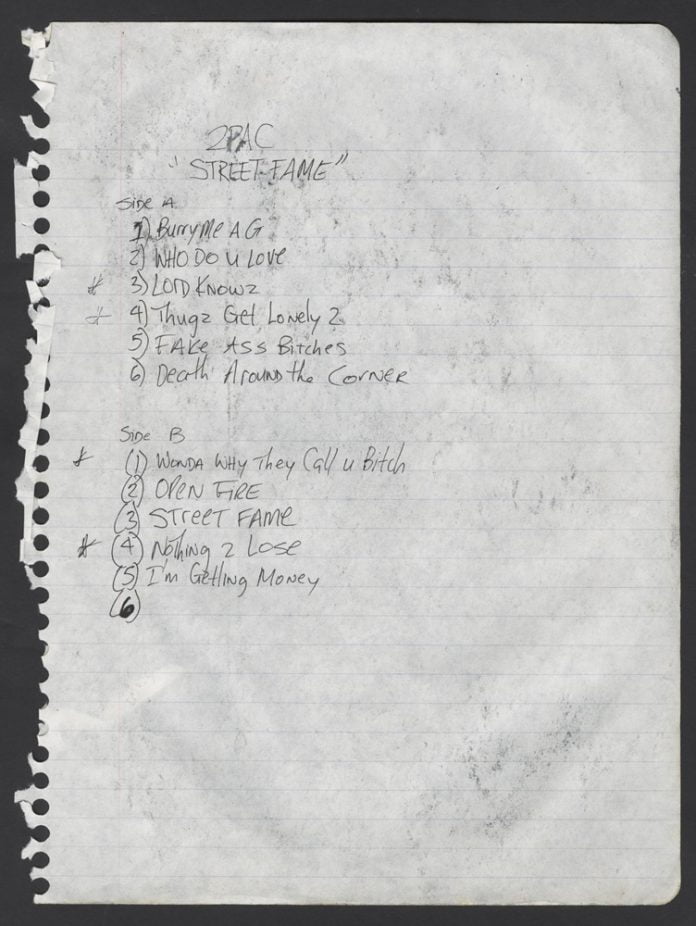 Tupac Shakur has handwritten this album set list in black ink on 7.5 x 10.5 lined notebook paper that he was ripped out of a notebook. Tupac titled the album set list“2PAC STREET FAME” and the list features songs written by Tupac that were released when he still alive as well as posthumously.

There are two lists, titled Side A and Side B. The title song “STREET FAME”, which also appears on the Side B list, was released on Tupac’s 1994 album “Thug Life- Volume 1”. “Thug Life” was the only studio album released by the hip hop group Thug Life which was started by Tupac and featured Big Syke, Macadoshis, Mopreme, Rated R and Tupac. “Street Fame” also appeared on the album “Better Dayz” which was released posthumously in 2002.

The songs listed here that were released on that album include “Fake Ass Bitches”, “Open Fire”, “Nothing to Lose”, and “I’m Gettin’ Money”. The songs “Who Do U Love?” and “Thugs Get Lonely 2” were both released posthumously on the 2004 album “Loyal to the Game”, which was produced by Eminem. Very good condition. Comes with a Gotta Have Rock & Roll™ Certificate of Authenticity. 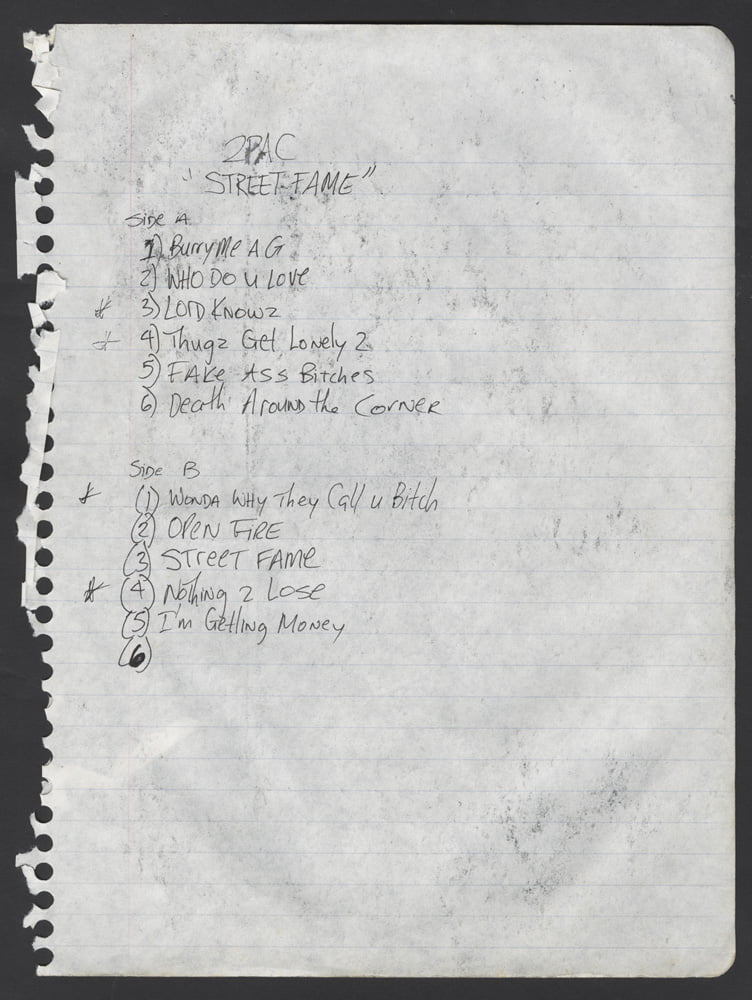