T.H.U.G. L.I.F.E. is acronym for The Hate You Gave Little Infants Fucks Everybody, meaning, what you feed us as seeds, grows, and blows up in your face, thats Thug Life.

Tupac : “When my heart beats it screams Thug Life”. I don’t understand why America doesn’t understand Thug Life. America is Thug life. I got people all over the country getting “Thug Life” on their stomach. I been getting the blame for everything Thug Life ever did. Anybody can do something about Thug Life and it always comes back to me. I done had policemen get killed and I get blamed for it. All type of violence and I get blamed for it.”

Tupac : “I didn’t choose the Thug life, the Thug life chose me. All I’m trying to do is survive and make good out of the dirty, nasty unbelievable lifestyle that they gave me.”

Tupac : ”I didn’t introduce Thug Life to America. Thug life is America. I don’t get why the whole world is fearing me. I am scared, but so are they. It’s like I am having a panic attack cause I have 15,000 people wanting to do what I want, listing to everything I say.”

Thug Life is a popular phrase in today’s Hip Hop culture, though very few know what it actually means and why it’s used. It’s been the title of songs by many American artists such as Taylor Swift and T pain, as well as overseas artists like French rap collective Mafia K’1 Fry and Kery James. There’s a number of different definitions for this phrase, but majority of them originate from the same source, the late rapper Tupac Shakur.

Tupac Shakur, who’s stage name is simply 2pac, took the phrase Thug Life in the mid 90’s, and transformed it into a completely different definition than what the phrase originally meant. He used this phrase for a number of thugs. Most notably, it was the name of a rap group he put together and was a member of, which included his step-brother Mopreme Shakur, and rappers Big Syke, The Rated R, and Macadoshis. The only album they ever released was titled “Thug Life Vol. 1”, and it contained a song that was appropriately titled “Thug Life”, which briefly details some of the aspects of what that motto means.

2pac also used the phrase to define the lifestyle he lived. He turned Thug Life into an acronym, which stood for The Hate U Give Little Infants, Fuck Everybody. He defined that acronym as meaning a lifestyle that one lives where they succeed against all odds. In other words, a person born rich would not be living a Thug Life, because they do not come “the struggle”. Because of his constant use of the phrase, it has become synonymous with his name, and he even chose to tattoo the phrase on his belly.

Another notable use for the phrase was when Tupac got together with his Stepfather Mutulu Shakur, to draft a “code of the streets” in 1992. The reason behind this was because there was escalating violence involved between different gang factions in the major cities, most likely due to the remnants of the Crack Epidemic in the late 80’s. There was a Truce Picnic held in Los Angeles in 1992, in which both Crips and Bloods sat down with Shakur and helped write the code of the streets, which was officially called The Code of Thug Life. There were over 20 rules that were written in the code, which gang members would be expected to abide by. The rules were setup in order to promote a sense of morality amongst the gangs, and to prevent the gang violence from affecting innocent bystanders.

Today, very few people know what this motto means or why it’s used. Very few gangsters follow the Code of Thug Life today, but everytime somebody mentions that phrase, those who grew up in the 90’s and listened to rap will reminisce about the past and remember the man who really made that phrase as popular as it is now.

THUG LIFE
1) acronym for “The Hate U Give Little Infants Fucks Everyone”. This acronyn was made popular by 2Pac.
2) The Codes Of Thug Life where a set of codes written by 2Pac. The codes where designed to give order to the rise of gang violence and drug dealing. It made certain immoral actions, against the code which, would become a code of the street.
These codes where signed by heads from the Bloods and Crips at a peace treaty picnic called the Truc Picnic, in California in 1992.
3) Thug Life was a rap group formed by 2Pac which consisted of him and four others: Mopreme, Macadoshis, Big Syke, and The Rated R.

After 2Pac was imprisoned on rape allegations the rappers would disband. Some would regroup after 2Pac’s release and signing with Death Row Records and form the beginning of rap group called Tha Outlawz.

laweekly.com Question : The authors of Tupac Shakur: The Life and Times of an American Icon and others assert that “Thug Life” it’s actually an acronym for “The Hate U Give Little Infants Fuck Everybody.” Did you know that?

Hussein Fatal: Nah. Maybe he said that. Thug Life will mean whatever you [want it to] mean. If you’re a thug, you’re a thug. I don’t know about naming the letters and all that. I doubt if that’s what it really meant when he first got it. 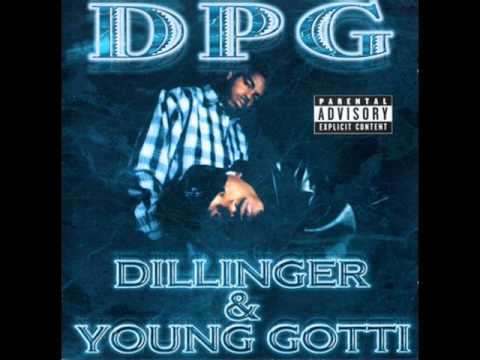