Walter Burns aka The Rated R met 2Pac through Treach of Naughty by Nature & Coolio in 1992 in L.A. After an impromptu rhyme session in Treach’s hotel room – ‘Pac took immediate interest & put me down in his new group he was starting called THUG LIFE.

In 1994, Thug Life volume 1 was released & to date is certified multi-platinum. I’ve toured 24 of the 50 states w/ ‘Pac & Thug Life as well as toured internationally with Coolio. I’ve been apart of history & a deep legacy thanks to my homie ‘Pac.

Out of his mouth ‘Pac birthed: THUG LIFE, OUTLAW IMMORTALZ (OUTLAWZ), and ONE NATION – THE LAST OFFICIAL CHAPTER! Through ‘Pac, I, The Rated R’s 1Nation BOSS! And I’m from Los Angeles, CA!

After Pac’s death Thug Life has disbanded and Rated R changed his nickname to Runner, while forming his own click called “Presidential”. They recorded an album called “The Real First Family”, that was released in 2004.

How they (Rated R and Macadoshis) met Tupac and create the ”Thug Life” group, Macadoshis says:

How I met Tupac: the birth of THUG LIFE

Macadoshis: Ohh yeah most definitely, I’ll never forget that day man. For me that was like a dream come true. It was a surprise cuz like me and my boy Rated R, we was a group before we met Pac. We was a group called Double Jeopardy. That was our group…. We was like local talent here in LA, you know rockin little clubs here and there. But you know we was both fuckin with Coolio, at the time and Coolio was tryna get us a deal and shit like that. So one day, um, we was leaving a radio station and these ballers was like come meet these cats at the hotel up here by the comedy store in Hollywood, I got a surprise. So we shot up there and shit, long story short, we got to the door. Once we got to the door, knock on the door, and my boy Treach from Naughty by Nature opened up the door! So we was like Oh wow, this is fuckin Treach. Yeah but Treach is hella cool tho, shout out to Treach from Naughty by Nature too. You know Treach is always cool dude, like when we first met him, he embraced us like long lost brothers man, he aint ever seen us in his life. But he just snatched us up and gave us hugs and shit and pounds like he been knowing us all his life. So he was a real cool dude, like he welcomed us in real cool like so I could tell right there it was gunna be tight, know wat I mean? 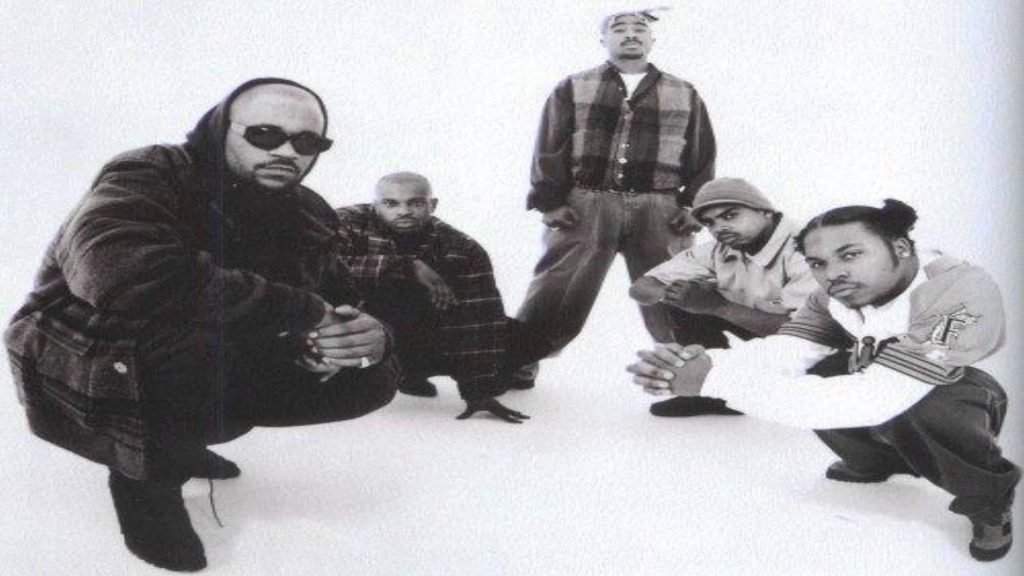 So yeah, we fell into the room n shit, you know, and walked up in the room and we look around and some bad little bitches sittin up in there on the bed n shit and we like ok, they got all kinda drinks on the table and smell the weed smoke in the air and we turn around and look to the side and who is it? It’s fuckin TUPAC! It’s like wow, what the fuck, we in the room. I mean it was like surreal, know what I mean? I just look back at it now and I’m like damn, just imagine being a young artist, a young rapper out the hood trna get on with it. Finding yourself in a room with Treach from Naughty By Nature, Coolio, and Tupac. It was just favor. You can tell that was the time to shine, if you was ever going to try to shine that was it.

That was the moment. Everything happens for a reason. So God was shining on us that day when he had us in that circle amongst those great guys right there.
So long story short we got to smoking n shit and drinking and kickin and choppin it up. So I kinda kicked it off, I was like treach you aint got no instrumentals up in here? And my boy Treach was like what instrumentals? So Treach went and grab some cd’s, as a matter of fact it wasn’t even cd’s back then, it was tapes n shit! He grabbed a fuckin cassette tape and it was like 19Naughty2, um the instrumentals form that album. He popped that on and we just started spittin, it was like we got in a circle and got a little cypher going and we was spittin…

And whenever I tell this story I always gotta say it like this man, I aint lieing, I always been a pretty good freestyler but like THIS day it seemed like every fuckin word, every line, every, everything I said was poppin, it was just on point. And same for Rated R. And so they was trippin of us like damn. By the time it was over Treach was steppin to us like man who ya’ll fuckin with? Like ya’ll aint on right now? And we was like naw, we just tryna get on. And he was like shit man imma do what i got to do to help you make, help ya’ll get out there. So we exchanged numbers and all that…

And he told the dude Vinnie from next door to bring some shirts and all that. So it was about time to bounce tho. So we getting ready to leave and we give everybody dap this and that. We get in the elevator, soon as we get in the elevator my boy Rated R comes out of his pocket like look. Showed me a piece of paper it was Tupac and a note on their like ya’ll call me tomorrow. It was crazy like Pac slid him the number on the sly, know what I mean. Treach was upfront with it like he saw something, but Pac was just Pac and just slid him the number and was like ya’ll call me tomorrow. So we end up calling him the next day.

Actually we had met him on that Friday, Saturday we called Pac, he invited us out to his house. He had a house out here in the valley and we went out there and chilled with him at his house, smoked big weed n shit and we was choppin it up and he was telling us about a group he wanted to start called THUG LIFE and you know if we was down we could be in it and shit. And of course we was like HELL YEAH! This how fast the shit happened tho dog, met him on Friday, that Saturday we went out and chilled with him at his house, he told us about THUG LIFE.

We said yeah we want to roll with it. That Sunday…then he was like well I’m doin a show in San Diego tomorrow (Sunday), if ya’ll wanna roll ya’ll can roll you know ya’ll cant rap or nuttin like that but you know, ya’ll can be on stage n shit. So we was like hell yeah we wit it. So we met him on a Friday, that Saturday we went and chilled wit him at his house, that Sunday we was in San Diego with him doing the show, and that Monday we was in the studio recording our first record! That’s how that shit happened dog.

Bury Me A G

Cradle To The Grave

High Til I Die

How Long Will They Mourn Me

Is It Cool 2 Fuck

Thugs Get Lonely Too

Rated R got a life sentence for murder. His address in the prison. 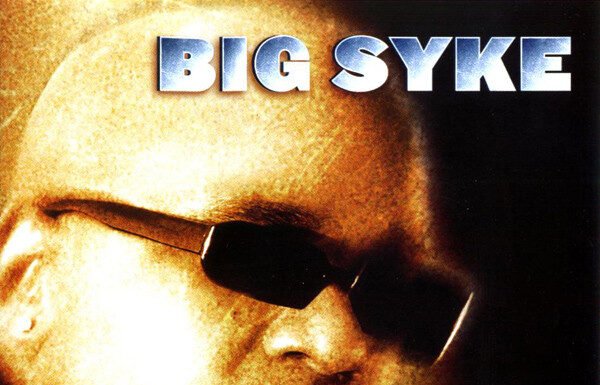