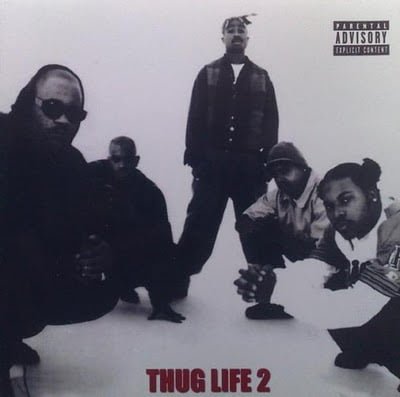 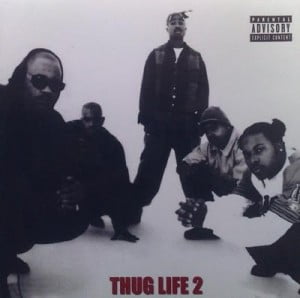 These songs have been recorded at the same time of the Volume 1, at the end of 1993 and in the beginning of 1994, in replacement of the “Out on Bail Demo” refused by Interscope. Because a most of the new releases were also refused by Interscope, 2Pac hoped to publish a second volume of Thug Life (after N-Y shooting, it falls down, but he and Big Syke were still planning to release a new Thug Life album). Some songs like Thug Life without 2Pac were clearly released for Thug Life album, but some other tracks could have also been recorded for “Americaz Crucify”.

11. Where Do We Go From Here (Interlude) / Tony Pizarro

13. I Get Around [remix] feat. Digital Underground / Shock G