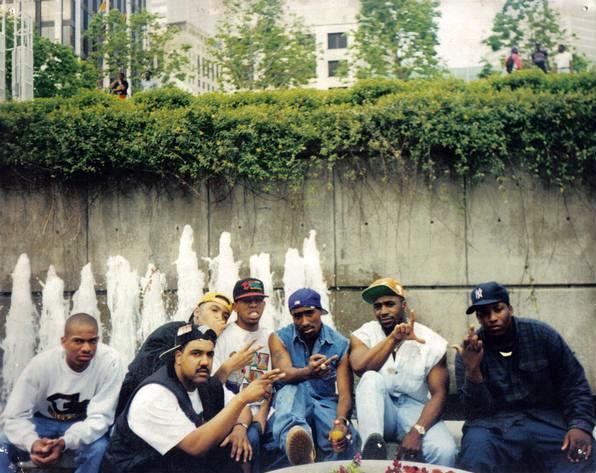 “Thug 4 Life” title has been chosen after the name of the live tour that Pac made with his team, Stretch, Biggie, and other. 2Pac met a lot of people along this year. These tracks are supposed to have been recorded before that tour, after Strictly 4 my Niggaz (end 1992), during that tour, and before or during “Out On Bail” Sessions in Late 1993.

This is at this time (after S4MN) that appears the “Thug Life” concept. In fact, he started to use it far much earlier when he started to rap. The Neighbors started to call him “thug” and he then recorded a song concept called “T.H.U.G. L.I.F.E. (The Hate U Gave Little Infants Fuck Everybody)”.

But it’s later in 1992, that he and his stepfather Mutulu Shakur (father of Mopreme Shakur) wrote down the “Thug Life Handbook”, a code of the street’s life in order to calm down the gangs. (here is link to the the text on the website of Mutulu Shakur : http://www.mutulushakur.com/thuglife.html ; see also : Thug Life code with Mutulu Shakur.

1. Walkin’ Down The Streets of N.Y. (Freestyle)

16. Thugs Get Lonely Too / Stretch