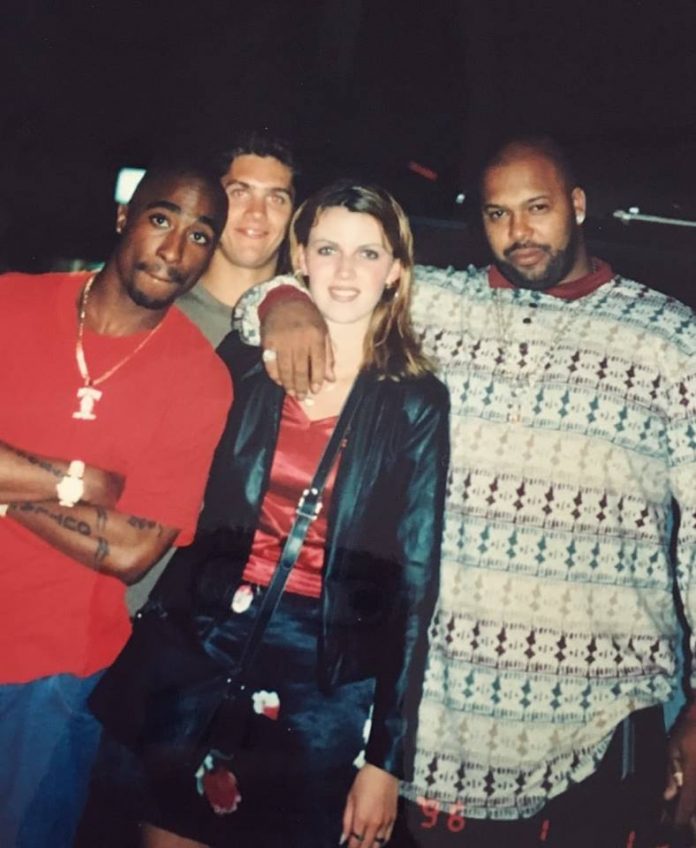 This is her story behind these pictures.
”Found these memories today! 22 years ago, in Cabo, San Lucas on New Years Eve, we met Tupac and Suge Knight stumbling out of El Squid Row. I first saw his necklace and grabbed it in disbelief at how blingy and huge it was. I then looked up to see who he was. He gently took my hand off his necklace and we made small talk. No security anywhere, they were just hanging out like we were and oddly, no one recognized them? We chatted for a bit and they invited us back to their place. He was super cool but we decided that was not a good idea and went home. Haha. 9 months later Tupac died at the age of 25.”

Cabo San Lucas is a resort city at the southern tip of the Baja California Peninsula, in the Mexican state of Baja California Sur. Cabo has been rated as one of Mexico’s top 5 tourist destinations; it is known for its beaches, scuba diving locations, balnearios, the sea arch El Arco de Cabo San Lucas, and marine life. / wikipedia