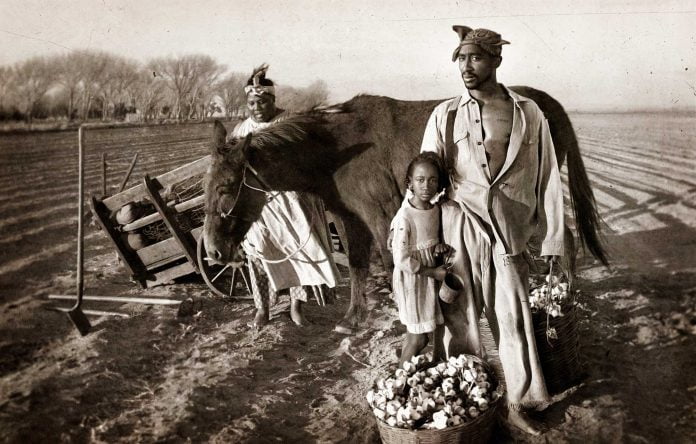 David LaChapelle: “We did another shoot where he posed as a slave on a cotton field. They traced rapping and rhyming to “call and repeat” during slavery time in sugar cane and cotton fields to pass the time. It’s on the Hotel LaChapelle book. Tupac came to the shoot 2 hours early, which was very unusual for a rapper. So I wasn’t ready for the shoot and he didn’t care. He reminded me of my black friends whom I went to art schools with, he was so cool, open-minded and chill. He wasn’t judgemental. Then later on, I found out that he had gone to an art school. He left behind a big bag of socks and underwear because he had just come out from prison and never picked it up. He died shortly after. I still wear his socks sometimes (laughs).”

Your Tupac images show he was very comfortable allowing you to shoot him, how did you get to know him?

David LaChapelle: ”Tupac was one of the easiest subjects I ever had to photograph. He was alway on time to all of the shoots that I ever did with him and waited patiently until I was done getting the right shot. The shoot that I got the famous picture of him tying his bandana while smoking a cigarette was actually done on the second day after an equipment malfunction caused me to send him home on the first day. Not knowing how his schedule was like, I offered to meet him in any part of the country the following day if he had to leave town. Pac said no problem and came back the next day, early as always, and we were able to knock out the pictures. The picture I mentioned of him tying his bandana was actually an outtake. While I was loading my 4×5 camera, I saw the shot of him fixing his bandana and grabbed a 35mm camera I had sitting near by and took the shot. That is still one of my most famous images of Pac, despite the fact that it was not planned. Some of my best images are rarely ever planned.”

What’s up with Pac busting off a shot in his house?

David LaChapelle: ”He was on probation due to an outstanding case about a shoot out with the police. He was not allowed to go to the range. Pac was a huge fan and collector of guns. He was showing me his gun collection and moved a picture in his bedroom to the side and revealed a hole in the wall. He said he let a round off in his room out of frustration. I just laughed and told him he was crazy. He ended up getting acquitted of all of the charges on that case and the judge ruled that the police were in the wrong!” 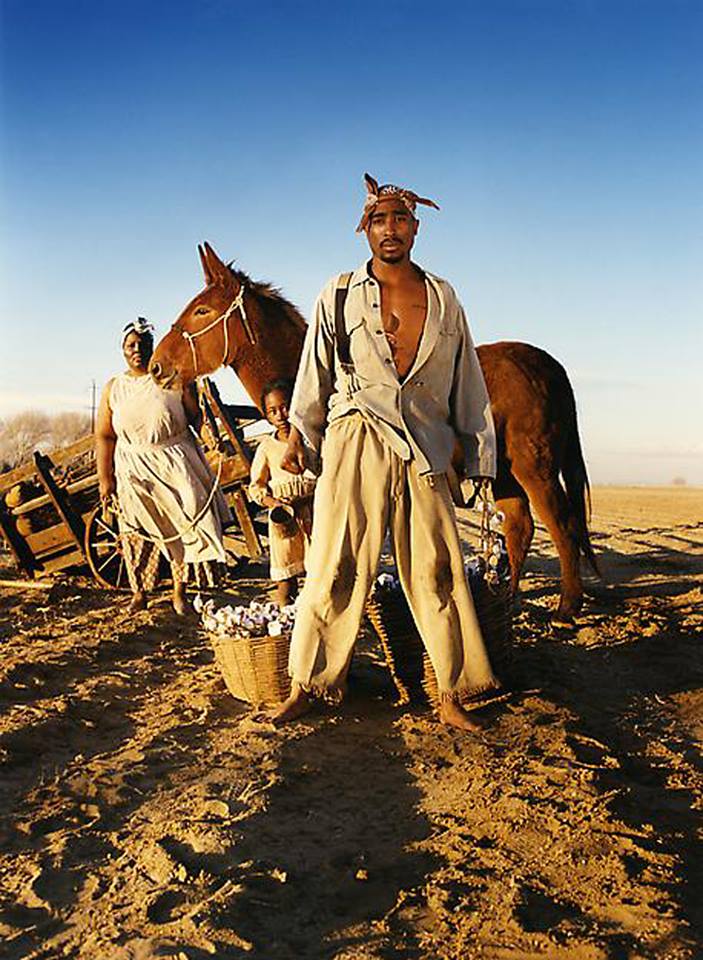