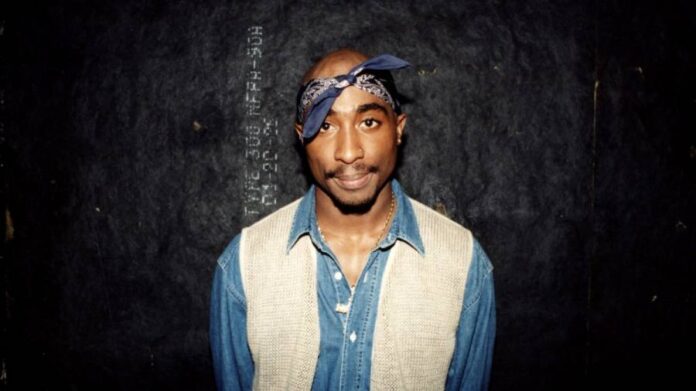 Tupac Shakur’s sister is suing the executor of their late mother’s estate, accusing him of having “embezzled millions” and refusing to hand over personal items with “tremendous sentimental value” that belonged to the hip-hop legend, including gold records.

In a lawsuit filed Monday (Jan 10) in Los Angeles court, Sekyiwa Shakur and The Tupac Shakur Foundation accused Tom Whalley of “blatant violations” of his duties as the executor of Afeni Shakur-Davis’s estate, including allegedly installing himself in a key management role despite a conflict of interest.

“He has effectively embezzled millions of dollars for his own benefit,” Sekyiwa wrote. “Whalley has unreasonably enriched himself at the expense of the beneficiaries and in bad faith by taking excessive compensation in a position from which he should properly be barred based on the inherent conflict of interest.”

Afeni Shakur had set up a trust to control all of Tupac’s music rights, and a rep for his estate tells us the paperwork is flawless. She also named the perfect executor, Tom Whalley — former head of Warner Bros. Records — to handle Tupac’s valuable catalog.

A product of the 1980s Warner Bros. Records A&R Department staff, Whalley first gained recognition working with New Wave superstars like The Cure and Modern English. He would then take his talents to head the A&R teams at Capitol Records, and eventually the fledgling Interscope Records. In 1989, Whalley was one of the execs hired to launch the record label. Within his first two years at the label, Whalley signed Tupac Shakur, who had recorded a demo while working as a dancer and feature MC with Oakland, California’s Digital Underground.

According to Sekyiwa’s lawsuit, Whalley has committed a wide range of “malfeasance” in that role. Chief among his alleged misdeeds, she says he hired himself as the manager of Amaru Entertainment, the record label that released some of Tupac’s music and is “principal income-producing asset of the Trust.”

In the 2007 injunction against Death Row, Afeni Shakur was reportedly awarded 152 songs in the label’s vaults. This material was recorded during ‘Pac’s most prolific period, in late 1995 and throughout 1996. The estate and Amaru Entertainment released 1997’s multi-platinum double-disc, R U Still Down? (Remember Me), which was material recorded prior to Shakur’s Death Row years.

“Whalley has already received more than $5.5 million that he has paid himself in the last five years through Amaru,” Sekyiwa wrote.

He has also refused to release personal property held by the estate, she says, including items Afeni inherited from Tupac. She said that includes the late rapper’s cars, his jewelry, his artwork, and even his “golden records.”

“It is clear that he has used and abused his powers as executor and special trustee of the estate and the trust to convert the personal property belonging to Sekyiwa as a piggy bank from which he has drawn substantial funds for his own benefit,” she wrote.

In a statement, an attorney for the trust strongly denied the allegations. Howard King, another well-known music litigator, said Whalley was a longtime “friend and confidant” of both Tupac and Afeni and had committed no wrongdoing. King specifically noted that Whalley had been appointed to manage Amaru by Afeni before her death, not after.

“These legal claims are disappointing and detrimental to all beneficiaries of the trust,” King said. “We are confident the court will promptly conclude that Tom has always acted in the best interests of Amaru, the trust, and all beneficiaries.”

Notably, Sekyiwa is represented in the lawsuit by L. Londell McMillan, a prominent music attorney who represented Prince before his death and has been heavily involved in the proceedings over that estate. She’s also repped by Donald David and Joshua R. Mandell, of the law firm Akerman.

The Shakur Estate recently celebrated the late rapper’s legacy with an NFT series. The four-piece series is based on some of Tupac’s personal jewelry pieces that each reflect what the hip-hop icon saw in himself according to a press release.

“The Artist” is represented by his 2PAC ring, the Makaveli bracelet represents “The Activist”, a solitaire diamond ring symbolises “The Sinner” and “The Saint” is indicated by the Euphanasia medallion necklace, which he wore in the last photo ever taken of him.

A press release for the collection read:

“Tupac’s belief that everyone has the right to express themselves honestly through whichever artform they saw fit includes everything from music, to acting, from writing to dance, from photography and culinary art to self-expression through fashion.”

“For Tupac, this included his choice of jewelry. In the last year of his life, he had the luxury of not just affording higher-end items, but he started to design them himself, down to the smallest details.”