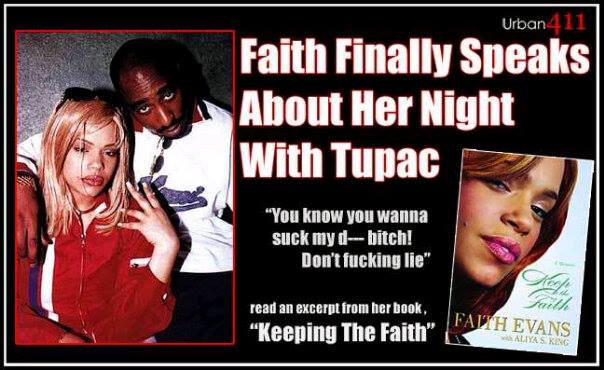 One night in October 95, I went out to the Hollywood Athletic Club with some friends. As soon as we get inside, I see Treach from Naughty By Nature. We exchanged hugs and greetings and I introduced Treach to my friends. 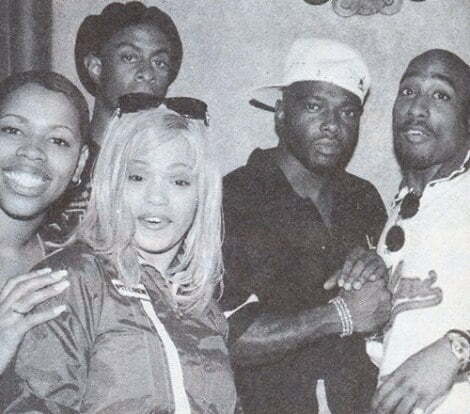 Somebody here wants to meet you,” Treach said. “Who?” I asked. “My boy Tupac wants to say what’s up,” Treach said, gesturing to a table behind him. Before I go any farther, let me be absolutely clear on something. Many people have asked me why I wouldn’t peel off in the opposite direction when I heard Tupac’s name. And the answer is simple: There was no need.

I didn’t know anything about what label Pac was signed to, whom he was cool with, whom he had beef with. Almost immediately after we were introduced, a photographer who had been trolling the club for celebrities came up to us and asked us to pose. 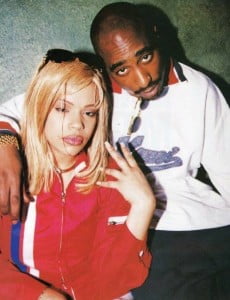 After we exchanged pleasantries, Tupac began to compliment me. “I really like your music,” he said. “I want to do a song with you.”I said, “You’d have to get clearance from my label to do that.” “That’s not a problem,” he said. “It’s not going to be cheap,” I told him. “And, I need my money up front.” “How much?” I replied, “It’s going to be twenty-five thousand dollars.” “No problem,” he said. Two days later I spoke to Big. I told him, “I met Pac out here, he wants me to do a song with him.” “Oh word?” Big said. “You gonna do it?” “If the money comes through, yeah, I’ll do it.”

The next night was the party for the release of the “Waiting To Exhale,” soundtrack. I took a limo to the party with my friend Nicci, a singer in the group Brownstone. As soon as we pulled up, my cell phone rung. “What’s up Faith. Where you at?” It was Tupac. I told him I was at the Waiting To Exhale party. He said, “I’m here, too!” I looked out the car window, and there he was. He made a bee line for the car, opened up the door and jumped in the backseat with us. I wasn’t planning on hanging out with Pac.

I introduced him to my friend and we chatted until it was time to hit the red carpet. When we got inside the venue, I found our table and sat down. I was just starting to get comfortable when Pac slid into a chair next to me and Nicci. He was acting like he was going to sit there for the rest of the night. Tupac eventually left our table and was mingling. After the party ended, we went outside to our limo and Tupac was standing there. “Where ya’ll going now?” “We’re going to a party at the Peninsula hotel,” I said quickly. He said, “That’s where I’m staying!” I’ll catch a ride over there with ya’ll. Tupac jumped in the limo and stretched out, making himself comfortable. Now, I was definitely feeling weird.

After the party at the hotel, we hung out a bit more with Tupac and his friends, shared a blunt and discussed specifics on my guest appearance on an upcoming record. A few days later, Pac arrived at my house driving a black convertible Mercedes-Benz with the top down.

At this time, Pac had enough fame and notoriety that he did not need to be driving around Los Angeles in a top-down convertible. At that moment I wanted to tell himthat I would drive to the studio myself in my rental car. But I didn’t. I just got in the car and we pulled off. I noticed immediately that a black Town Car was following us. From the look of the beefy guys in the backseat, they were security guards. The ride to the studio was about 15 minutes. We didn’t talk much. I didn’t like any of it, the convertible, the security behind us, none of it felt right. I decided I would go in, lay down my vocals and haul ass out of the studio as soon as possible.

We pulled up to a nondescript parking lot in nearby Tarzana. I followed Tupac through the doors. As soon as the doors opened, I saw blood-red carpeting throughout the hallway entrance and lighted sign that said Death Row Records. I felt the blood rush from my face and I thought I was going to pass out. I went from concerned to cautious to downright petrified. We walked into the main room of the studio and i saw several death Row artists, including Kurupt and his pregnant girlfriend. In my mind I was screaming I Dont Belong Here! But i had to remain calm. I hated the fact that i hadnt driven in my own car. I was stuck there and didnt have the guts to scrap the whole plan and call someone to pick me up. I just stayed focused on the plan.

I was going to sing my song, collect my twenty five grand and be out of there. I got a Budweiser and Tupac rolled a blunt. I chilled out, waiting for the session to begin. Before long. Suge Knight came in and made a beeline to where I was sitting. “Its nice to meet you Faith” he said with a smile. I smiled back and shook his hand. “Ive heard alot of nice things about you” he said. I just smiled and nodded. In that moment I just wanted to sing the song and leave.

I waited for hours as Tupac finished up other songs. I moved around the studio, trying to be sociable. But inside, I felt very self conscious. Everyone there was from LA and on Death Row and here i am, from the East Coast, and an artist signed to Bad Boy? I know people must have been looking at me like i was crazy, considering how Suge felt about Puffy at the time.

Three hours passed before Tupac finally called me into the studio. It was crammed with people. I asked him to roll me a blunt and smoked it just to get over the nervousness. Im suprised i didnt just implode right there in the vocal booth. But i didnt. Somehow, I held it together and sang the one or two lines they wanted me to do. In less than an hour, I was done. A few hours later, Tupac was done with his session, and he led me to a waiting limo in the parking lot. “Where’s my check?” I asked. “My manager is bringing it to my hotel right now” he said. “I can bring it to you later on this evening. Or we can swing by there right now and pick it up. I had alot of experience with people saying they was gonna bring money by at some time later. I wasnt having that. I wanted my check immediately. I agreed to ride with him to the Peninsula Hotel where he was staying.

I agreed to ride with him to the Peninsula Hotel where he was staying. And of course when we got there no manager was in sight. There were two dudes in Pac’s room smoking, drinking, and listening to music. After an hour of waiting for the manager. I was ready to leave. “I’ll just come back and get the check tomorrow” I said. “Nah just wait a minute. He’s on his way” Tupac said.

His two friends left. We were now in his hotel room alone. As soon as the door closed behind his friends, Tupac turned to me. His face was completely different. His teeth were clenched, his nostrils were flared, and his eyes were narrow. “You know, I love New York” he said. “But I’m not fukking with New York right now.” The air in the room seemed to get really thick all of a sudden.

His demeanor had changed so quickly that i was truly afraid. “Really?” i asked. “why is that?” “Cause niggas set me up that night. You know that right?”
I swallowed hard and took a deep breath. He was staring at me like he thought I was the one who set him up.

Faith Evans: 2Pac Shocked Me With Request for Sexual Favors

Delray Richardson Talks Tupac Showing Up To The Club With Faith...