Latasha Harlins (July 14, 1975 – March 16, 1991) was a 15-year-old African-American girl who was unlawfully shot and killed by Soon Ja Du, a 51-year-old Korean store owner. Harlins was a student at Westchester High School in Los Angeles. Because Harlins’ death came thirteen days after the videotaped beating of Rodney King and Du was fined, sentenced to probation and community service for her crime, some sources cited the shooting as one of the causes of the 1992 Los Angeles riots.

Tupac Shakur also took particular note of Harlins’ death and in 1993 released a song entitled “Keep Ya Head Up” which was dedicated to Latasha Harlins. 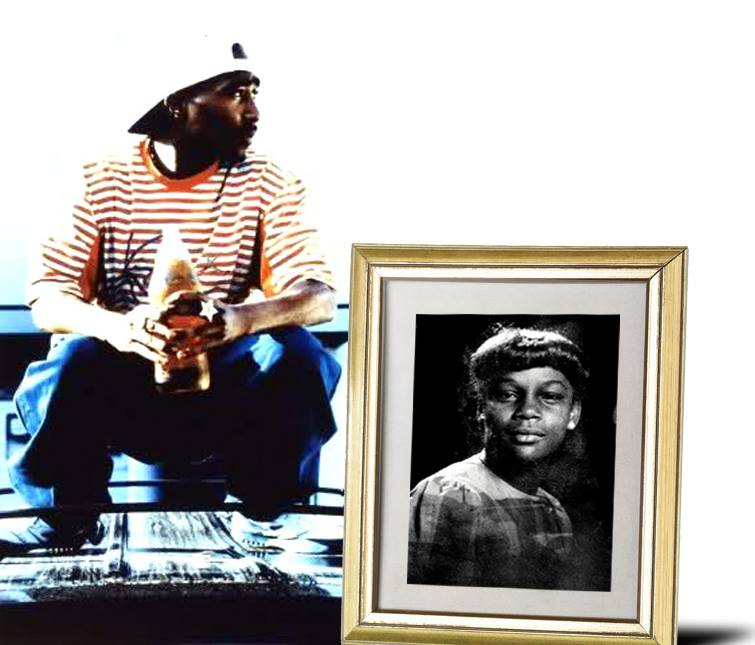 Thereafter, Tupac made frequent mention of Harlins in his songs, including tracks like:

“Something 2 Die 4 (Interlude)” (“Latasha Harlins, remember that name… ‘Cause a bottle of juice is not something to die for”)
“Thugz Mansion” (“Little Latasha, sho’ grown/Tell the lady in the liquor store that she’s forgiven/ So come home”)
“I Wonder If Heaven Got a Ghetto” (“Tell me what’s a black life worth / A bottle of juice is no excuse, the truth hurts / And even when you take the shit / Move counties get a lawyer, you can shake the shit / Ask Rodney, Latasha, and many more”)
“White Mans World” (“Rest In Peace To Latasha, Little Yummy, and Kato…”)
“Hellrazor” (“Dear Lord if ya hear me, tell me why / Little girl like Latasha, had to die”)

Harlins was a 15-year-old African-American girl living with her grandmother in South Central.

On that day — less than two weeks after King was beaten — she walked into the Empire Liquor Market on South Figueroa Street. She grabbed orange juice from the refrigerator and placed it in her bag, $2 in her hands to pay for it.

However, the store’s owner, Korean-American Soon Ja Du, believed that Harlins was stealing the juice.

A scuffle ensued at the register when Du tried to pull Harlins’ bag across the counter. Meanwhile, Harlins fought back, knocking the then-51-year-old woman down.

Harlins took the orange juice out of her bag and put it back on the counter, and then turned to leave. However, Du picked herself off from the ground with a handgun from the counter, shooting Harlins in the back of the head from three feet away.

Harlins died with that $2 in her left hand.

Read an excerpt here: The Contested Murder of Latasha Harlins: Justice, Gender, and the Origins of the LA Riots

2PacLegacy - Modified date: August 2, 2021 0
Despite not being with us for nearly 25 years now, the life, legacy, and death of the great artist Tupac Shakur continue to be...