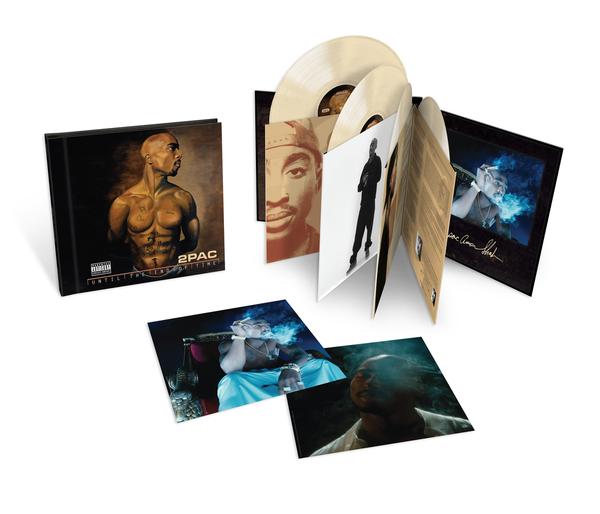 Special surprises are on their way for all you Tupac lovers. Upon the 20th anniversary of the multiplatinum album “Until the end of Time” (the 27th of March 2001), the official Tupac shop has put out some juicy looking offers for all those who can never get enough of the fallen legend.

“Until the end of time” was released in 2001, as a part of a series of post-death Tupac albums, full of unpublished songs and raw material, recorded by the great rapper, whilst he was still working with Death Row Record between 1995 and 1996. Since relationships between Pac and Death Row Records deteriorated before the rap artist was killed, you’ll barely find any references to the recording company in the album. The songs on “Until the end of time” were mostly retail versions and it’s fair to say this was a successful move.

The album ultimately turned out to be a massive success, debuting at number one on the US Billboard 200 chart, selling 426,870 copies within a week of its release, and by 2014 the record had hit an astonishing 4 million sales in the USA, earning the album quadruple platinum status.

Now, all Tupac fans will be able to look forward to a brand new release of “Until the end of time”. This package is a 4LP vinyl that comes with two Lithographs and 4 previously unseen photographs, on 180 Gram bone Vinyl discs. The offer includes pre-ordering the album, which will be released on the 23rd of July this year. Along with a brand new album, you’ll find additional merchandise such as hoodies, beanies, t-shirts, and lithographs, all dedicated to the legendary album. Click on the following link for details about all the anniversary accessories.