2 or 3 New Tupacs Albums On The Way Soon.. Heads up! Don’t Touch The OG’s Master Recordings

After Tupac’s legacy won the 5-year legal battle with Entertainment One for the unreleased master recordings, fans are еager to hear at least two new albums that are expected to be released. The unreleased recordings are over one hundred, including a large amount of unheard / unleaked songs, enough master recordings for at least 2, and possibly 3 new albums. As of now there is not a date set for when they will drop, but we’re told the plan is to start cranking them out ASAP, аccording to a report in The Blast.

However, there is one question that is yet to be answered, which is in what form will the albums be coming out.

Let’s chronologically follow the events that happened after Tupac’s death in 1996.

Tupac left an extraordinary legacy, and in the last few months of his life, he was constantly working on recording music. In fact, after he was out of prison (October 12, 1995), he released only one double album – All Eyez On Me (February 13, 1996), and one album that was recorded in July 1996 , but failed to be released while Tupac was still alive, which is Makaveli – The Don Killuminati. Everything else remained unreleased, except for those songs that were included in the posthumous albums which we are going to discuss in this material.

After Tupac’s death, the new albums were being released every two years. Some of them were successful and some of them were extremely disappointing. Why? Because the first albums – R.U. Still Down?, Still I Rise, Better Dayz, Until The End Of Time, mostly came out in the original versions of the songs that Tupac recorded.

The double album R.U. Still Down?, released in 1997, included songs that were recorded in the period between 1993 and 1994 and were produced by the great Johnny J. It was the album of truth, the true sound of the mid 90’s.

Two years later in 1999, Tupac’s group The Outlawz released songs that hadn’t been heard until then in the album Still I Rise. The album has also been a success and has been certified platinum by the RIAA.

See Also  Darryl Harper: Suge Knight Threatened To Kick My Ass If I Didn't Produce A Hit, MC Hammer Was a Down To Earth Guy

Fans were also pleased with the next two double albums Until The End Of Time and Better Dayz that were released in 2001 and 2002. 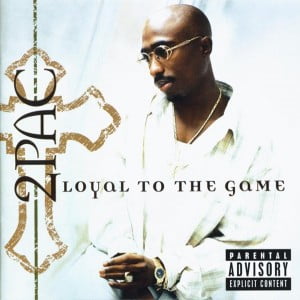 The disappointment came just after that. Although the ‘’Loyal 2 The Game’’ album, released in 2004, was certified platinum by RIAA, it really let the fans down. Eminem was in charge of the management of the album and many people think he ruined all the songs on the album, the originals of which were created by producers such as Big D The Impossible, Stretch from the Live Squad, Johnny J, DJ Daryl.

These great tracks were recorded between 1992 and 1994, and the original songs were including the names of people around Tupac such as Mocedes, Mouse Man, Treach, Rated R, Big Syke, Mopreme, Stretch. In the new songs they were replaced by Eminem, Jadakiss , Obie Trice, G-Unit and The Outlawz members – EDI Mean, Kastro, Young Noble. That was such a failure.

Such devastating assault on Tupac’s inheritance is unacceptable, and we harshly condemn this act. But that’s not the end of it.

Loyal 2 The Game (OG Version) feat. Treach by Naughty By Nature (like)

In the next album, Pac’s Life, released in 2006, the changing of the originals songs continued with full force. The songs in this album, much like the songs in Loyal 2 The Game album, are hardly recognizable and have almost nothing in common with their original recordings. 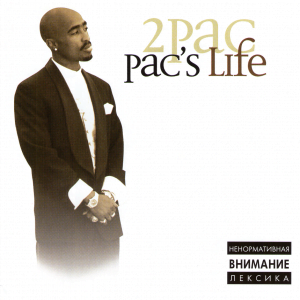 To conclude with, we’re waiting for two or three new albums, but we do not know what to expect from them.

We beg everyone involved in the release of these albums not to touch or change the amazing work of the legendary Tupac.

Despite your thirst of glory and your desire to be guest performers or producers on Tupac’s album, please stop this. Do not change the originals and release them as Tupac once perceived and recorded them.

Show respect for Tupac and for the producers and guest vocals that Tupac invited to create this eternal legacy.