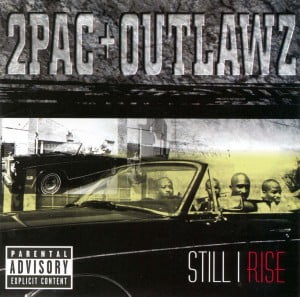 Still I Rise is an album by 2Pac and the Outlawz which is released as the third posthumous studio album of 2Pac, and the first album by Outlawz as a group. The album excludes some of the original line up of Outlawz and Hussein Fatal, who had left the group as he had refused to sign to Death Row. The album contains all previously unreleased, albeit remixed material. It was released on December 21, 1999, by Interscope Records, under the Death Row label.