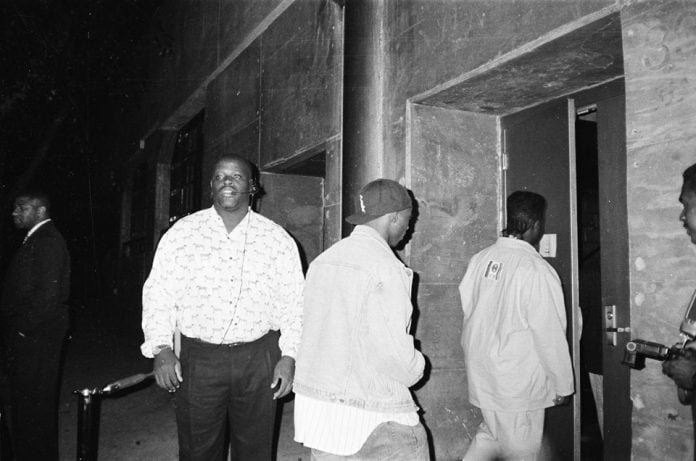 Despite the legendary Tupac passing away more than 25 years ago, intriguing revelations about the great rapper continue to come out even today. The newest artifact from Shakur’s life, which had been kept away from the public eye until very recently, is currently being sold in the form of NFTs. We’re talking about 17 unseen photographs of the superstar from 1992 and the release of the album 2Pacalypse. The man behind these photos is none other than Loupy D, also known as Lawrence Dotson, who is giving the opportunity to Pac supporters to get their hand on the items via the NTF platform OpenSea.

The Rolling Stone magazine reports that Dotson had randomly encountered Shakur at a bar, which resulted in the great artist inviting the photographer to his album release party. Loupy D would then purchase a 35mm disposable camera, which he would then use to create some one-of-a-kind pieces of art. That’s what you call a lucky night out.

It got even better for Dotson, since later that night, on the 11th of April, he attended Pac’s gig at the Glam Slam West, where he would ultimately be surprised by the lack of audience. He sighted mainly seeing executives from the industry, as well as some well known faces from the underground community.

Dotson rubbished the myth about Shakur’s luxurious public image, rather portraying him as humble and hungry to achieve that iconic rap status, which he ultimately did. He also added that both men exchanged thought on serious social topics, including police brutality, politic, as well as many negative trends within the world of hip hop at the time. The photographer was, however, unsure how to make use of these priceless photos.

The NFTs, which will be sold via the platform OpenSea, contain the 17 photos, as well as a bonus 18th one, which incorporates all the other shots of Shakur. All of this comes along with a framed print of the relevant photo, signed by Dotson himself. Some believe that photographers won’t be the most viable clients, regardless of the undisputed brilliance of Loupy D’s work. For Shakur lovers, on the other hand, one of the first emerging thoughts would undoubtedly be related to the possibilities, which NFTs might grant them, in order to get a hold of the countless unpublished pieces of work surrounding Pac’s persona.

See Also  EDI DON With Release Date, Track list, Front & Back Covers Of His Next Album - The Hope Dealer 2

This might just be the start for Dotson himself, as he later plans to take his collection on a worldwide tour, in order to let even more people get acquainted with the never-before-seen material of one of their heroes.