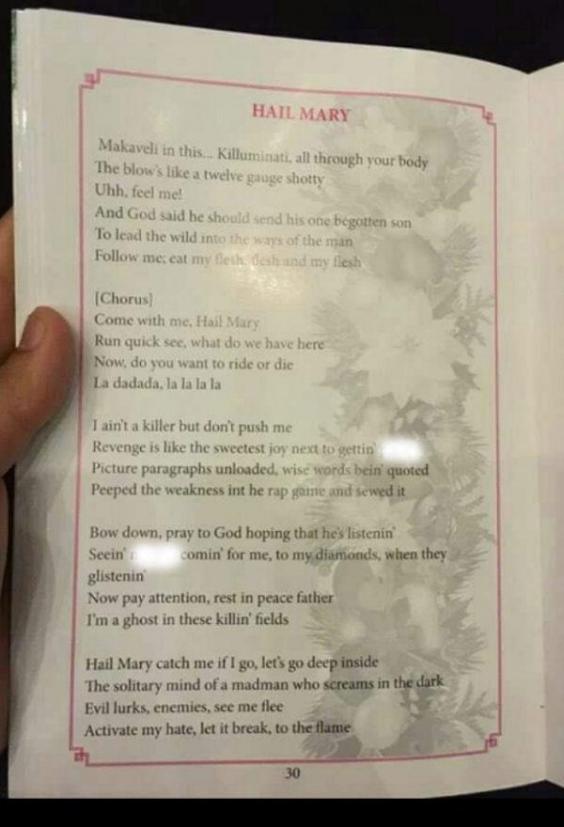 Attendees at one of the biggest Christmas carol events in Sri Lanka got a huge surprise when they received 2Pac lyrics to sing instead of their normal X-mas hymns and prayers.
Organizers accidentally printed out lyrics to 2Pac’s single “Hail Mary,” off the LP The Don Killuminati: The 7 Day Theory. Oops.
The event, which was held at Colombo’s Nelum Pokuna, was attended by over 1,000 people, who all were given copies of the appropriately named, but not appropriately themed Shakur single. 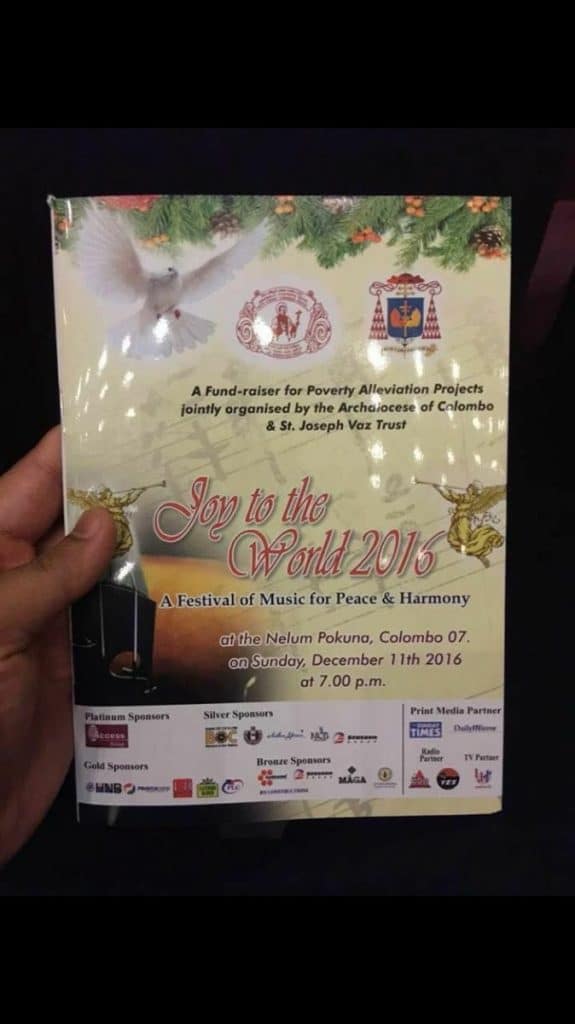 So, instead of reciting hymns of praise, participants were confronted with lyrics like these off the classic ‘Pac track. “I ain’t a killer, but don’t push me/Revenge is like the sweetest joy next to gettin’ pussy/Picture paragraphs unloaded, wise words being quoted/Peeped the weakness in the rap game and sewed it/Bow down, pray to God, hopin’ that he’s listenin’/Seein’ niggas comin’ for me/Through my diamonds, when they glistenin’/Now pay attention: bless me please, Father, I’m a ghost/In these killing fields, Hail Mary, catch me if I go/Let’s go deep inside the solitary mind of a madman/Screams in the dark, evil lurks, enemies see me flee/Activate my hate, let it break to the flame/Set trip, empty out my clip, never stop to aim.”