P. Diddy was the special guest on Ellen (October 26) and the talkshow host decided to prank the rapper with a particularly spooky-looking Pennywise.

Sean “Diddy” Combs assured Ellen that the rumor of him being scared of clowns was absolutely not true, but Ellen’s secret scare proved otherwise.

The fans made an association with the eventual exit of Tupac instead of the clown. The reaction would have been the same … 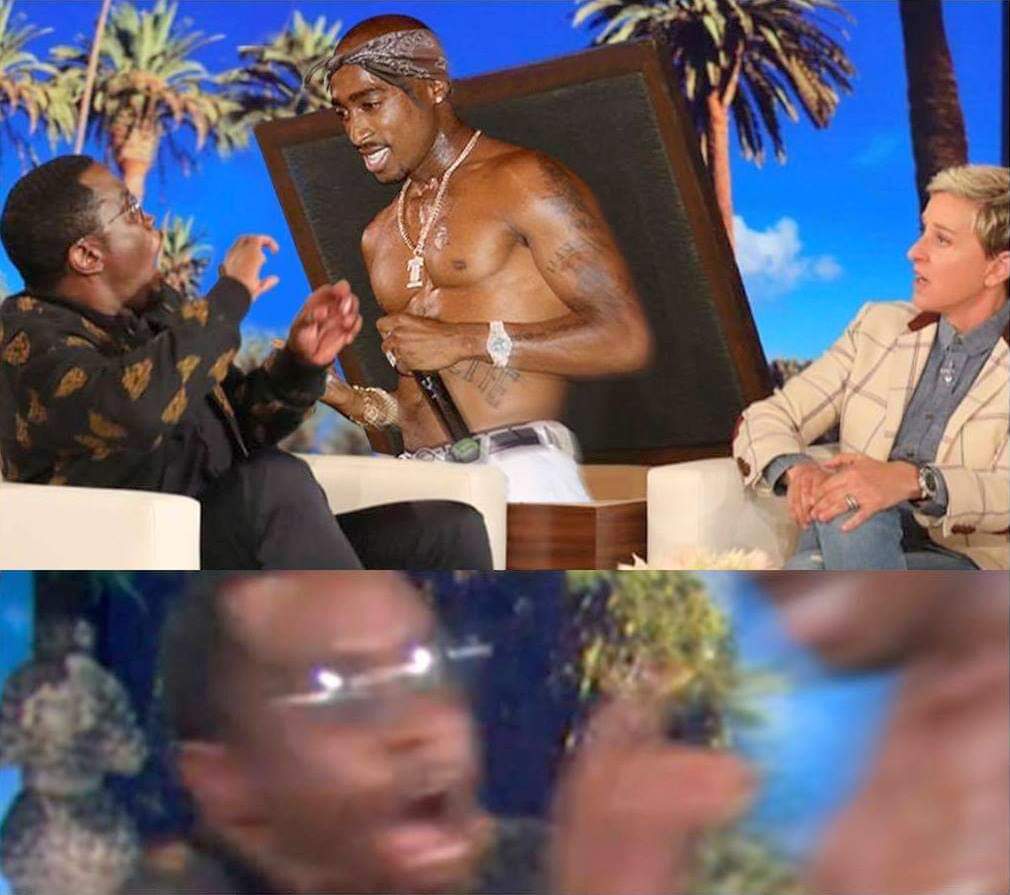 Jay Electronica led the backlash against Eminem, urging him to “tread carefully”.

“How dare you accuse Diddy of killing Tupac,” he said.