Believe it or not, Allen Hughes is the one that will be directing the new documentary series for the life and legacy of Tupac Shakur.

According to the sources, the Michigan native and one-half of the twins Hughes Brothers, Allen made a deal with Tupac’s estate that granted him access to all the legacy left by the rap giant. Hughes will use all the available audio of released and unreleased songs, music videos, paper works and everything that could help him make the perfect picture.

For sure that ain’t going to be an easy job, having in mind the huge number of tracks recorded by Pac thru the years, the stories, experienced events and all the stuff that made Tupac’s 25-year-long life path to look like an eternity.

After the “Defiant Ones”, a docu-series on Dr. Dre and Jimmy Lovine, now the director aims at the top. This will be the first documentary created with the full cooperation of the late rapper’s estate and maybe we will be blessed to hear some new unreleased music from the All Eyez On Me mastermind.

The story behind Tupac Shakur And Allen Hughes

For those who are not familiar, Tupac and Allen have a prequel. Back in 1994, when Pac was raging storm, prosperous young rapper there was an accident between Pac and Hughes brothers. After rumors that Shakur was about to be fired from a cast for the “Menace II Society” film, the director charged the late rapper for assaulting him with a pipe. 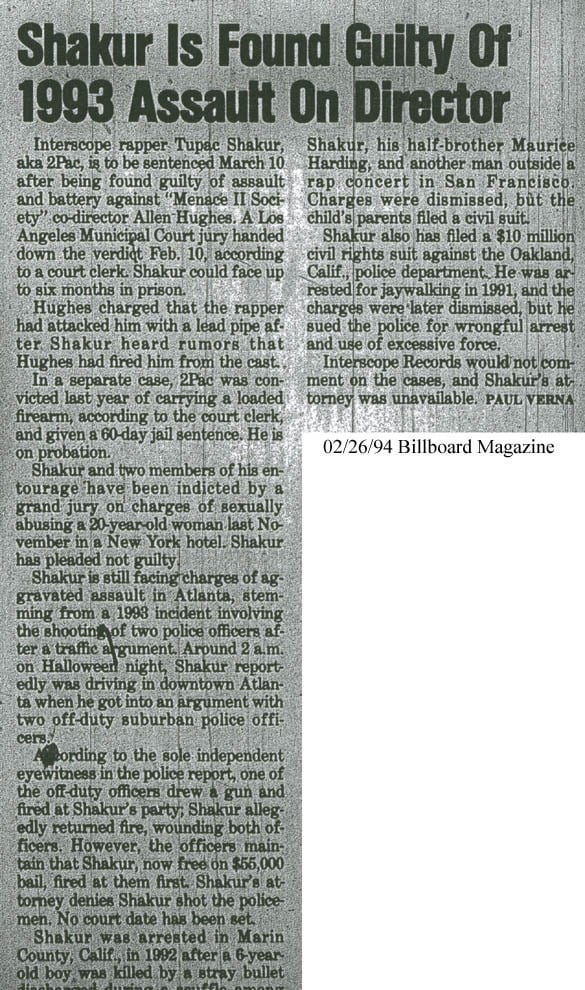 Makaveli was found guilty of assault and battery charges against Allen Hughes on March 1994 and sentenced to 15 days in jail, 30 months of probation and 45 days of community service with 15 days on freeway clean up. Shakur didn’t complete the 15 days of freeway clean up task, so the judge ordered 120 days jail time for the rapper, but the bail was paid as soon as Tupac left the court.

Seems like Allen Hughes put all the bad vibes from the past aside and everything is forgiven.