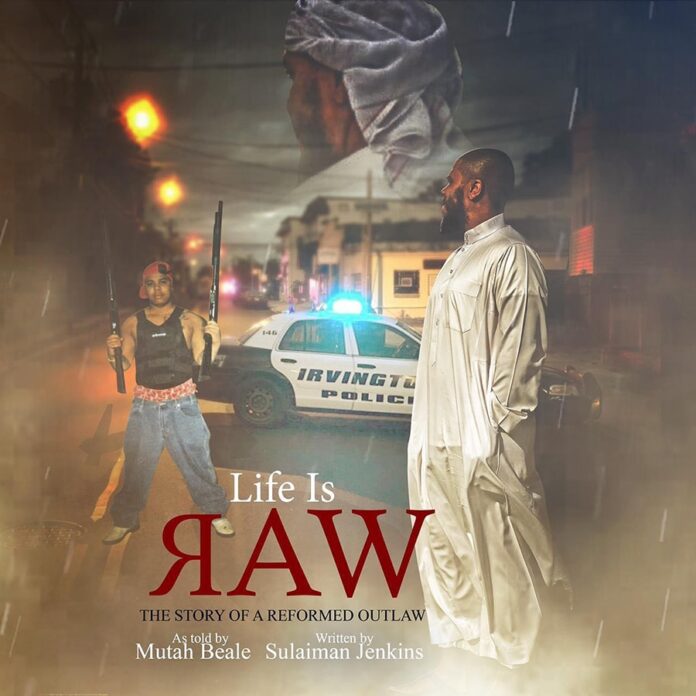 Napoleon Release “Life IS Raw: The Story Of A Reformed Outlaw!” Memoir

The Outlawz former member Napoleon (real name Mutah Wassin Shabazz Beale) releases “Life IS Raw: The Story Of A Reformed Outlaw!” a biographical memoir, taking the readers deeper into the story of his life.

Napoleon announced his new book via social media platforms, revealing the release date for the book and a short sample as well.

With “Life IS Raw: The Story Of A Reformed Outlaw!” Napoleon, who was a good friend of Tupac and a member of one of the biggest rap groups in the ’90s – The Outlawz, opens up his soul to the readers about his life path. From the killing of his parents to the hard, rough times he had as a teenager, Napoleon tells the story of a rapper who recognized Islam and became a motivational speaker for his religion.

Founded in 1995 by Tupac Shakur, The Outlawz became one of the hottest rap groups in the game back then, which came together with the negativity dragged by the East Coast-West Coast war. Napoleon was on top of his career in the wildest times for the hip-hop industry, which as presented in the book, led to the 34-year-old New Jersey native to suffer the loss of his friends.

In addition to his personal views, “Life Is Raw” holds interesting stories with some of hip-hop’s heavyweights such as The Notorious B.I.G., another New York legend in the face of Nas, the West Coast OG Ice Cube, Kurupt, Fat Joe, and many more.

For the making of his book, Napoleon trusted over 150 research sources which were accompanied by exclusive interviews from other Outlawz members such as Storm, Young Noble, Wack Deuce, and many more.

You can now order Napoleon’s biographical memoir “Life IS Raw: The Story Of A Reformed Outlaw!” via diopress.com where you can also listen to a short snippet from the audio version of the book.