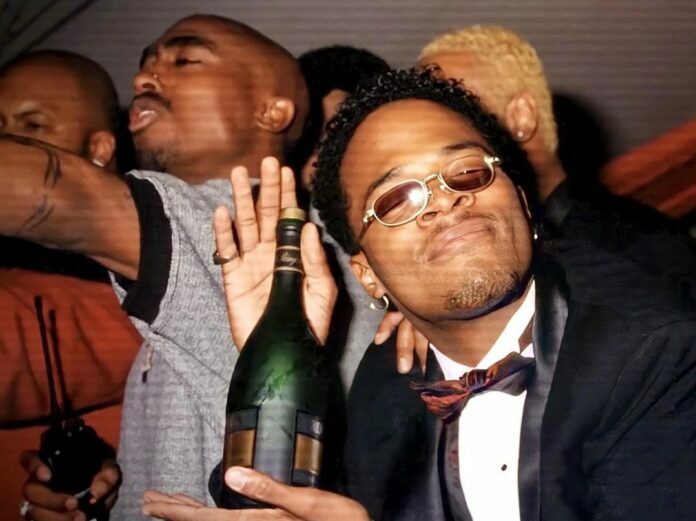 Chicago born, Daniel Steward, better known as Danny Boy, became an instant hit on Death Row. Recording on tracks with Tupac and Snoop Dogg, he added a new sound to the west coast labels repertoire. In this interview, he shares story’s from video shoots to singing to Tupac at the hospital.

Danny Boy revisits his breakthrough on Death Row and relives his early memories of “the real Death Row.”
The deal with Suge Knight’s label came by chance when waiting to go into a meeting, in walks Suge Knight. Thinking Danny rapped, Suge put him on the spot. But when Danny Boy began to sing, it left Suge shocked. He grabbed Jimmy Iovine of Interscope and sang again in front of him. After that, the deal with Death Row Records was complete.

In the second segment of the interview, Danny Boy talks about the 1995 Source Awards in New York and the tension with Bad Boy Records. Shortly before the awards, Suge Knight started talking to Tupac in prison, where they conversed about the events surrounding the Quad Studio robbery attempt.

With Suge Knight now putting his weight and support behind Tupac’s beliefs of who set him up, the two record companies were rapidly becoming deadly rivals. At the award show, it would escalate even more, as Suge gets on the mic. Suge invites Danny to walk on stage with him, little did he know what Suge was about to say.

Speaking on that moment, Danny felt the tension of the 3,000 people there supporting Puffy and Bad Boy. He had a sense of being “untouchable” as they were Death Row Records, the most feared label in music.

Fresh Outta Jail, Out On Bail

Although he accompanied Suge to New York for prison visits, Danny didn’t know it was Tupac he was visiting. He only found out when Suge came walking out with him. The flight back to the west coast was just a party according to Danny. Plenty of smoking and drinking, with Tupac telling his plans for his music on Death Row.

No sooner the private jet touched down, the Death Row entourage, including the newly signed artist, Tupac, headed to the studio. Tupac tried to get out of the limo but with all the smoke and drink consumed, ‘Pac passed out!

With Tupac being prolific before becoming a Death Row artist, everybody flocked to see him once released from prison. Some of the artists to visit were members of Wu-Tang Clan and Queen Latifah. Faith Evans visited too, bringing ‘Pac a bunch of gifts including a Luis Viton chest full of designer clothes worth 50K purchased by Faith for Tupac.

The same day Faith presented Tupac with gifts, they recorded ‘I Wonder Why They Call U Bitch’. Explaining why Michell’e is on the retail version, Danny says that Bad Boy refused to clear Faith’s vocals. Although Danny Boy reveals that if you listen carefully, you can still hear Faith’s vocals!

Performing with Tupac on a few different occasions, Danny speaks on two performances that stick out in his memory. Firstly, sees an incident at a show in Ohio, where somebody from the audience threw a crutch onto the stage during the song ‘What’s Your Phone Number’. ‘Pac urged everybody to point out the individual who threw it, even offering money in exchange for the culprit! He remembers seeing a thousand fingers pointing at one particular person. The crutch thrower was “snatched up” and the show went on, with Tupac throwing some money into the crowd!

Secondly, Saturday Night Live, probably his most known performance with Tupac. Alongside ‘Pac and Big Syke, Danny sang on ‘I Ain’t Mad at Cha’. He reveals that Tupac was high and drunk which made him forget some of the words. But Tupac did something for Danny that he still holds dear to this day. He shouts Danny out, introducing him to the world, on live television.

Appreciating this moment Danny says; “To be sixteen years old from Chicago and to get that much love from ‘Pac. With him shining the light on me, in a moment like that, I’m grateful for that.”

An incident occurred on the set of ‘Slip N Slide’, in which the chain of Danny Boy’s was stolen. Suge Knight flew out models and all the artists on Death Row to Cabo, Mexico. When filming part of the video that meant for it to look like Danny had just had sex on the beach. With his clothes and jewellery laying on the beach, they went and to shoot another scene elsewhere, not paying attention to his belongings in the sand. When he came back $50K worth of jewellery had gone!

Witch-Hunt Out For Person Responsible For Missing Chain

Tupac and Suge tried to single out one of Danny Boy’s friends, Troy, for the missing jewelry. With them all stood in the bathroom crowding around Troy, Suge says to Troy, “Who’s got the biggest muscles? Me or ‘Pac?” In the end, Tupac left it up to Danny Boy to handle him, with him going easy on his friend, pushing him rather than punching!

Talk turns to the last video that Tupac shot, Toss It Up, shooting it before leaving for Las Vegas. Describing it as incredible to sing alongside K-Ci & JoJo, Danny Boy reveals Tupac kept everybody waiting at the set. Once they finished shooting, they immediately hit the road for Las Vegas to watch the Tyson fight.

Singing To Tupac In Hospital Room

The days following the shooting on the Las Vegas strip was tense, with Tupac fighting for his life. Danny tells of the last time he saw ‘Pac in the hospital and the moment he shared with him. After praying, Tupac’s mother Afeni requested Danny to sing. Choosing to sing ‘A Change Is Gonna Come’, Danny saw tears roll down Tupac’s cheeks.