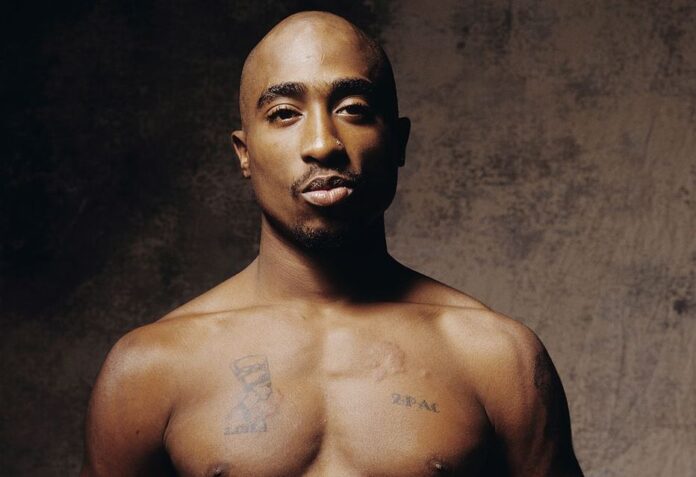 There’s no doubt, we’ve all seen this photo, it was used for the cover of Tupac‘s posthumous album “Until The End Of Time“. Taken in New York on August 18, 1993, by Danni Clinch, one of Tupac’s most notable photos finds the legendary rapper standing in front of the camera on a simple background with no shirt on, wearing Karl Kani’s underwear above the belt.

Outstanding photographer and film director, responsible for some of the notable images that left blueprints in time, Danny Clinch is also one of the first photographers to interact with Hip-Hop in the genre’s early years. When the interest in rap music wasn’t that big as we know it now, Clinch made history by taking now-popular photos of Tupac, LL Cool J, Public Enemy, and many more.

In his interview with The Guardian’s Daniel Dylan Wrey, titled “My Best Photo”, Clinch reveals the story behind taking the famous Tupac footage labeled as his best photo. Clinch started the story from the moment he first met Tupac in 1993.

“He (Tupac) showed up with just one other guy. He was on time and very cordial, he came in and shook my hand. He had a couple of different changes of clothes with him – he was very prepared.” Danny Clinch says.

The photographer detailed he used an old-fashioned method for taking the entire photoshoot with Pac and even though the job would land on a small article in the Rolling Stone Magazine, he was hoping for a Rolling Stone cover.

“In the back of my mind, I was dreaming of a Rolling Stone cover even though the assignment was just a quarter of a page. I shot with that cover in mind, leaving a lot of space, making it a very simple, elegant, strong portrait.” Danny says. “Tupac was about to release his second album; I was thinking what if this guy’s next record is really well received and he blows up and I have these great photos of him?” the photographer added.

Clinch continued with the moment he realized his photoshoot with Tupac is something special.

“When he was changing shirts, I saw his tattoos, and said: “Oh, man, you know, we should try something without your shirt on.”

“I looked at what was coming out and was like: “Oh man, this is happening.” I showed it to him and he was really into it. ‘That’s beautiful,’ he (Tupac) said” Clinch added.

The New Jersey-born photographer finished his interview with a memory of what Tupac wrote on one of the polaroids from the photo session.

“I always get my subjects to sign one of the Polaroids and on his Tupac wrote: “If a photograph is worth 1,000 words then photographers are worth a billion.” It was touching.” Clinch said.

You can check the full interview here.