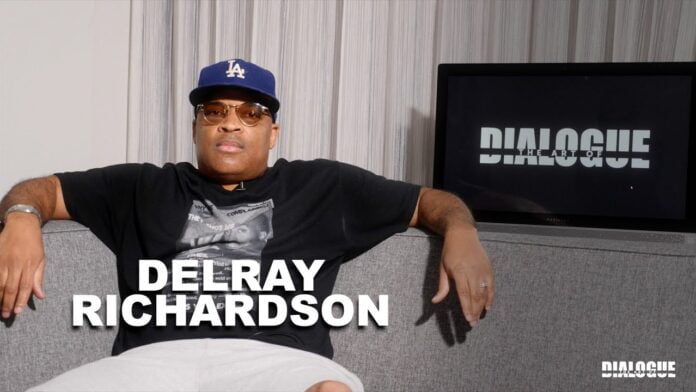 In the latest episode of the podcast ‘The Art Of Dialogue‘, the songwriter and producer Delray Richardson revealed new details about the night Tupac met Nas in The House Of Blues, Aug. 11, 1996.

In one of his previous interviews, Richardson told the story of the brief meeting of Tupac with Nas during a performance headlined by The Outcast and LL Cool J. Revisiting that night again, Delray followed the evening’s timeline and first gave some new details of how some members of The Outlawz entered the show even at the age of 17.

“Me and Tupac walked in first. So as we walk in, we start walking up the stairs…one of the security guards follow us upstairs and I’m not really knowing why at that time,” Richardson says. “Tupac gave him like three $100 bills and I’ve found out later he was giving the security guard money because two Outlawz dudes weren’t old enough to get into The House Of Blues,” he added.

The conversation then goes thru the part when Kobe Bryant met Tupac (at the 5 minutes and 25 seconds-mark) and gets us to the point when the West Coast and the East Coast moguls Pac and Nas met (at the 7 minutes and 22seconds-mark) with some new details about the meeting.

“As we get down there (the first floor), we see Nas, and Tupac and Nas kind of see each other. The tension was big right…’cause people didn’t really know what was gonna happen. You could see everybody that was on that top balcony was looking over. So Tupac actually walked up to Nas and they started to chit-chat. There was no drama, nothing like that” – Delray says in the interview.

“Most people don’t understand this, but I’ma put some context to this. When Tupac saw Nas again at the MTV Music Awards in New York, after that time that they were at The House Of Blues, Tupac was so upset, it’s because Tupac didn’t hear the song that Nas wrote when he was talking about “fake thug” and Tupac was kind of like “if he (Nas) felt that way, why would he shake my hand” when we were at the House Of Blues. Most people didn’t really know about that night, and so that’s why Tupac was actually mad.” Delray added.

Dr. Oz On Tupac’s Autopsy The Whole Thing Is Rather Strange...