Frank Alexander (known as “Big Frank“), the former bodyguard of Tupac, talks about the night (September 07, 1996) of the Las Vegas Shooting and he revealed who he thinks was the killer.

How are you doing Frank?

Just riding my horse, man. Just hanging out and chasing those cowgirls.

How did you come to be Tupac’s personal bodyguard in the first place?

I spent  11 years in the Marines and trained to become a world-class bodybuilding champion. I was working as a prison officer when I got a cal from a friend of mine, asking me if I wanted to work security for Death Row Records, owned by the man Las Vegas police believed to be the New Prince of Darkness, Marion ‘Suge’ Knight.

We heard they hooked you up with Snoop and the Dog Pound, and after your quick thinking saved them from being shot in New York, Tupac asked you to work for him.

I was 5 foot 11inches and almost 20 stone. I knew my size was a factor or Tupac. He liked having a big-ass nigga on his side. They used to call me ‘Big Frank’. Tupac also liked me cos I was the only one that could keep up with him. He was like the Energiser Bunny; he was a workaholic. Plus he loved to drive fast and crazy. He used to try to shake his security, but I was the only one who managed to stick with him. Tupac was a lot of fun. We had a blast.

How much did you get paid?

Like candy – Tupac’s code name for weed. Pac smoked weed 24/7. When he first got out of bed every morning, he rolled a Philly Blunt. Tupac taught me how to make one. You basically take a cigar, slice it up in the middle, take out the tobacco and replace it with weed. The shits so good, you’ll never go back. Tupac looked at things like this: money, first; weed, second; pussy, third. That’s saying a lot, because he really loved women.

I couldn’t count the number of hoochies Pac slept with while I was working with him. But it would have to be in three digits. Women threw themselves at Pac and he wasn’t dodging – including Madonna; Faith Evans (Biggie Small’s wife); OJ Simpson’s daughter, Arnelle; and Kidada Jones (Quincy Jones’ daughter).

You must have met some cool people.

I met a ton of people – like Samuel L Jackson and Tim Roth. One time, we were invited to Men’s Fashion Week in Italy and Pac and Versace hit it off real well.

Tupac was pretty close to Mike Tyson, wasn’t he?

Mike hung out with us all the time. He and Tupac had a lot in common: the bad boy thing. It goes back to where they came from. I remember one time on tour, Tupac had Mike come up on stage and do a song with him. Pac started rappin’ about Mike and Mike was jumping up and down on the stage, throwing his hands in the air and screaming like a bitch, he was so excited.

Tupac didn’t mind a scrap, did he?

Pac wasn’t a big guy: 5 foot 7 inches and 160 pounds, but he loved to fight. It was my job to neutralise those situations before they got out of hand.

Didn’t he get into a fight on the night he got shot?

That’s right. It was with Orlando Anderson, a Crip from the South Side. Anderson had previously got into a scuffle with one of the Death Row guys. They’d torn up a mall. That was the kick-off for everything that was to eventually happen.

So what happened with Anderson and Tupac?

On the night of the Tyson/Seldon fight, a friend of Suge Knights came up to Tupac and whispered that he had spotted Orlando Anderson in the arena. Tupac ran over and that’s when they got into it. I ran over and saw Tupac throw a couple of blows. Anderson tried to throw one back, but ended up going down, and that’s when a ton of Death Row guys jumped on him.

That was the same night Tupac was shot, D’you think the two events were connected?

Yeah. If you get into a scuffle and you get you butt whupped, whatcha gonna do? You’re going to tell your friends, ‘Hey I just got into a fight and guess who it was with? Tupac!’ And someone’s going to say, ‘You know what, lets go get some payback.’ I can see that happen.

After the fight we planned to go to 662, Suge’s club. We were hanging out in the hotel lobby with some of the finest hoochy mammas, who were all angling to get into 662. But first Suge wanted us to go over to his place so that he could change. When we left Suge’s we had an entourage… 16 to 20 cars full of women, friends and groupies. We’d just turned onto Flamingo Strip and had stopped at the lights when this white Cadillac just rode up, man. This black gun stuck out of the back window and just started blasting the back of Pac’s BMW. All we saw was the gunsmoke. They blasted into the car 13 to 15 times, emptied the clip, and took off.

But you were with Tupac, right?

No, Pac had asked me to drive Kidada’s car. He wanted me to drive The Outlaws [Tupac’s posse] cos they were gonna be drinking and I was the only one who wasn’t. My gun was in my car, plus the law of the State of Nevada states that it’s illegal to carry a weapon.

But as his bodyguard, shouldn’t you have ignored his request and rode with him anyway?

No. If I’m working for you and you ask me to do something then my job is to do it, within reason. If you want to ride with the chairman of your record company and whatever you’re discussing has nothing to do with me, you don’t want my ears there. I’m going to take the keys and drive the car you asked me to drive.

After the shooting, Suge Knight held you responsible for Tupac’s death. How did that make you feel?

A lot of people thought it was my fault, but I had very few options. I was asked to ride in Kidada’s car. I had no weapon and the car had no gas. Had I been in my car I could have followed the Cadillac and possibly shot at it. At Death Row they always said that if anything ever happened then ‘we got your back. We’re going to take care of you.’ Well, that turned out not to be true.

In fact, you received death threats from Death Row…

That’s right. They wanted me to testify on Suge’s behalf over the beating of Orlando Anderson and I felt I had nothing to do with that. This was after they had turned their backs on me after the shooting. I realised they were using me and I didn’t want to be part of that. One of the bodyguards called me up and said, ‘Hey, if you don’t testify for Suge then they want you dead.’ I’m like. ‘Who does?’ and he goes, ‘Death Row.’

Were you afraid of Suge Knight?

Do you speak to anyone from Death Row now?

What made you write your book Got Your Back?

I was reading all the magazines about Tupac’s death and they were all saying things that weren’t true. The best source of the truth is from the horses’s mouth, and I’m the horse!

Do you have any plans to go back to being a bodyguard?

Its funny you should ask that, cos a friend of mine who bodyguards for Rakim and Whodini has been calling me trying to get me to work with him.

What did you say?

No. it’s not something I’m ready to do. I have a daughter and another career now.

There’s a line at the end of Goodfellas when Henry Hill has been given a new identity in suburbia by the Witness Protection Agency. He says. ‘That’s the hardest part. Today everything is different. There’s no action. I have to wait around like everyone else… I’m an average nobody. I got to live the rest of my life like a schnook.’ Can you empathise with that?

Absolutely. Ab-ser-lute-ly! I’ve lived the life of a rap star. I got used to five-star restaurants, five-star hotels… the best of the best, man. I had all that fun and then I had to go back to being an average Joe who has to worry about paying the bills. If I got the opportunity to do it again tomorrow I’d have to do a whole lot of thinking. 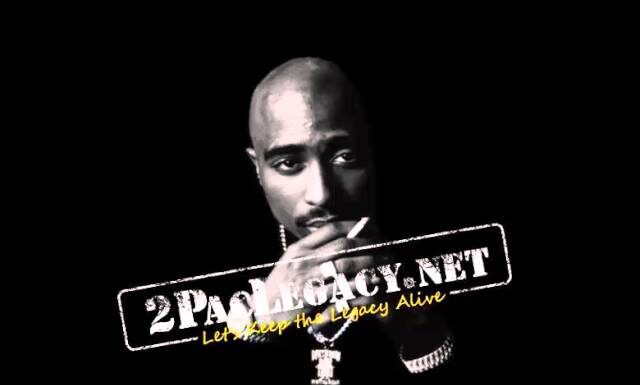 12. Makaveli – Against All Odds – The Don Killuminati (The 7 Day Theory)

Napoleon: It Was a Rookie Move From Biggie To Release “Who Shot Ya” After Pac Got Shot