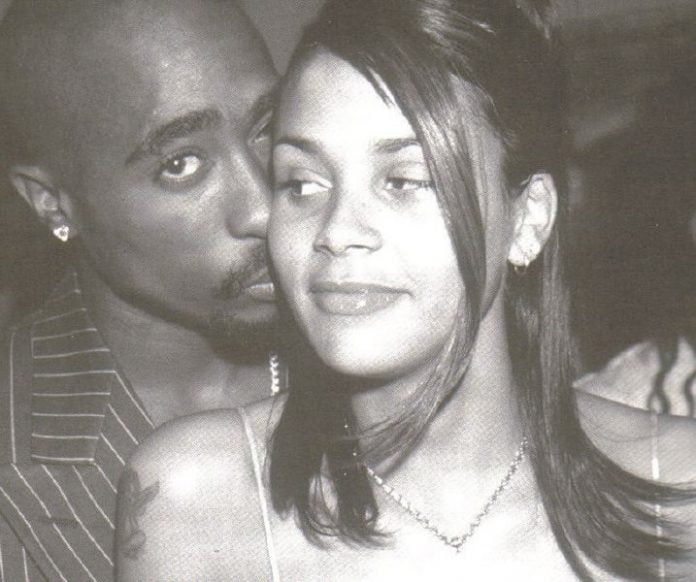 Kidada Ann Jones (born March 22, 1974) is an American actress, model, and fashion designer. Kidada lived with and was engaged to Tupac Shakur, for several months until his death. She was waiting for Tupac in their Las Vegas hotel room when he was shot on September 7, 1996 and was at the hospital with Tupac when he ultimately died from his injuries six days later.

“Tupac was the love of my life.

Kidada Jones: ”We started dating steadily, and one night Tupac and I were sitting in a booth at Jerry’s Deli in LA and these two hands slammed down on Tupac’s shoulder from behind. We jumped up, and there was Dad standing there. He said to Tupac, “I need to kick it with you for a minute.” This was the first time they’d met, so he took Tupac to a booth and they sat and got real for a long time. They stood up and hugged when it was over and they got along fine from then on. Tupac was excited because him and Snoop Doggy Dogg hoped to do this movie that Dad was producing called Pimp, based on the Iceberg Slim book that every other rapper in America also wanted to do. He never got to it, though.

He and I lived together for four months and then he was murdered in Las Vegas in 1996. It was the most horrible thing that ever happened to me.”  – The Autobiography of Quincy Jones – get it here

One of the people who saw him fight for his life during six days, was Kidada Jones. At the time she was his fiancée. Accoridng to her, Shakur opened his eyes only once more. She then asked him “Do you know we all love you?” Shakur nodded affirmatively.

Following his death, a then 22-year-old Kidada got a tattoo of his face in her arm. She later covered the tattoo with a flower. 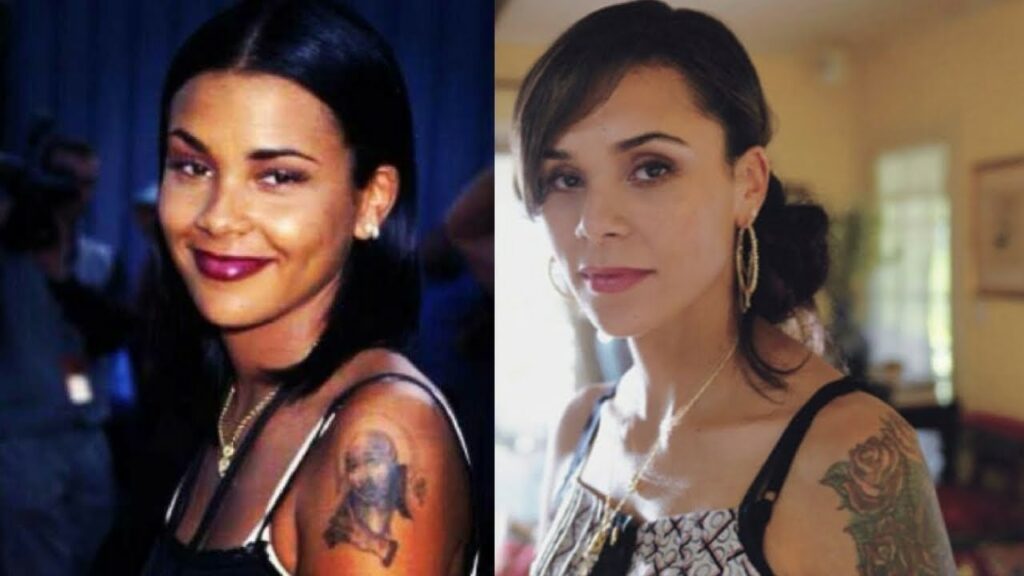 Kidada was briefly married to Jeffrey Nash. The former couple tied the knot in 2003 but ended in divorce three years later.