Rosie Perez and Tupac met while on tour in the early ’90s, Perez as a choreographer for Heavy D and ‘Pac as a dancer for Digital Underground, and the two developed, in her own words, an instant friendship. Their closeness is what set the rumor mill off almost 20 years ago, when a visual of the two friends holding hands at the 1993 Soul Train Awards surfaced. But there’s a good explanation for the documented affection, says Perez.

“He did that for me as a friend,” she recalls. “This guy I was suppose to go with to the Music Awards bailed out on me at the last minute. Pac called up to say hi and to ask if I had extra tickets. And I was like, ‘This motherfucking motherfucker fucking fuck!’ He was like, ‘Fuck this motherfucker. Let me go up in there with you. Come on.’ He said, ‘Let’s go together. And, let’s hold hands and let that motherfucker see you on the screen. Fuck him. Watch how crazy I am.’”

That night on their way back from the award show, after people began to speculate about their relationship status, Perez remembers Tupac telling her, “’I don’t see you like that,'” she says of their conversation. “‘You’re family. You’re my sister. You’re one of the girls that you marry.’ I remember being so touched and quiet… and then the storm of women that wanted to beat me up that night because I was with him. It was ridiculous. I was like, ‘How many people you hooking up with?’ He was just laughing. We had a ball.”

Perez, who recently recovered from neck surgery and will appear in the films Small Apartment, Steel Town and Gods Behaving Badly soon, took 30 minutes out of a busy July day to chat with XXLto clear up rumors, set the records straight and take Tupac fans down memory lane, through her own eyes. Rest in peace, ‘Pac.—Mariel Concepcion

When she and Pac arrived at the awards show hand in hand, Perez recalled on The View, she received bevies of greetings from green-eyed women who had never even spoken to her before. With Pac’s glowing hip-hop status and charming way with the ladies, it’s no wonder that the then 27-year-old found herself on jealousy’s bad side.

“There were two girls — who will remain nameless — who actually wanted to beat me up,” she revealed.

As most of us probably would, Perez nudged Pac to tell the ladies that they weren’t sleeping together and were just friends, to which he lightly replied, “You can take ‘em.” Thankfully, Madonna came to the rescue thereafter.

And the rest was history — for a couple years, that is.

Watch Perez’s recollection of the spark that kindled Pac and Madonna’s love affair below.

XXLMag.com: You and ‘Pac met years ago while on the road. What was the initial spark?

Rosie Perez: What was cool about it was, in hip-hop then – I don’t know how it is today because I’m not on the road – it was the genesis of the whole dance craze and I was literally the only female hip-hop choreographer. There were other female choreographers out there, but not part of the commercial scene. And it proved to be very difficult being a female in a misogynist world. That was the genesis of my reputation of being a bitch. I wasn’t a bitch, I was just assertive and I didn’t take any bullshit. I rather say I am an alpha female. And, he [Tupac] immediately respected that. It was pretty amazing because he was very cute, very charismatic. The other dancers were like, ‘wow!’ and he wasn’t even known. Females just gravitated towards him. But with us, it was just instant chemistry and friendship. I remember distinctly his smile coming towards me and saying, ‘hey, what’s up.’ It was that easy with him in general. I had my guard up but it came down in seconds.

What was it specifically for you that drew you to him?

I think we both recognized instantly we were both dented cans. We had bumps and bruises from the processing, but we both knew the goods were real good inside. With him, there was no false bravado going on in the beginning. It was just the genuine smile approaching. But you also knew he was someone you wouldn’t mess with. He also had that thing that was like, ‘respect me!’ You could feel his hard knocks. He wore his heart on his sleeves. That was a good thing and a bad thing. That was the charismatic element about him. But he didn’t have to try. He didn’t try whatsoever.

For years people have assumed the two of you were romantically involved. Tell me about how/why those rumors started?Everybody was surprised by our friendship and a lot of people didn’t understand how well we clicked, either, because we were both so busy. And that’s when the rumors started. / xxl magazine 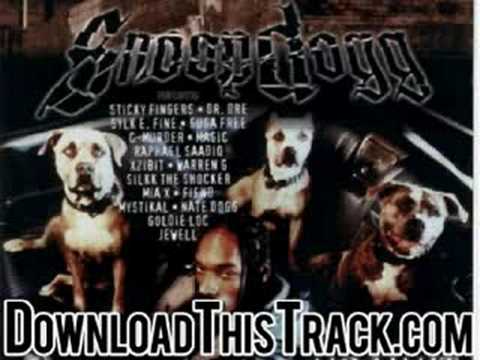