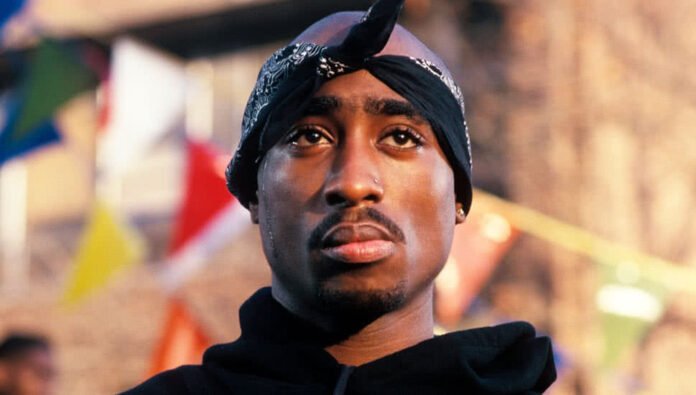 2Pac´s last recording session at the studio took place on September 6, 1996 – just one day before the rapper was deadly shot in Las Vegas, where he attended a heavyweight boxing match between Mike Tyson and Bruce Seldon.

At that time, 2Pac and Mike Tyson were friends, and Tyson wanted to use one of Tupac´s tracks as his ring entrance song. Just a day before the boxing match, Shakur had visited the studio and had recorded the song “Let’s Get It On,” which was meant for Iron Mike’s appearance in the MGM Grand Hall. Both of them planned to celebrate Tyson’s victory together after the fight.

2Pac had always been an example of an impressive productivity, and so he used his time in the studio to record two more songs- “Hell 4 A Hustler” and “All Out”. Later on, both tracks were included in two of 2Pac’s albums released after his death. “All Out” became part of the double “Until the End of Time”, whereas the emotional lyrical confession “Hell 4 A Hustler” was included in the tracklist of Still I Rise.

However, there is another version regarding the latest recording of 2Pac in the studio. According to one of the great legends on the West Coast – Spice 1, the last song Tupac recorded is the track “Fame”.

In an interview he gave, Spice 1 said that the night before 2Pac headed to Las Vegas, he had been in the studio and had recorded the song “Fame“.

Spice 1: “Yeah. I got like a couple…one or two that I know that no one heard before. The real, original song called “Fame” was a song that me and Kokane and Tupac did a day before he got killed in [Las] Vegas. They took me and Kokane off of that [for the Better Dayz album] and put E.D.I. [and] the Outlawz [on it]. But I considered that song something sentimental to me too, because it was two days, or a day, before ‘Pac went to Vegas. And we had been hangin’ out, kickin’ it with Kokane… And for them to take me off that song was kinda fucked up. For them to take me off shit like I’m a nobody-ass nigga [when] I’m sittin’ up here with all these God damn plaques…that shit is insulting. It’s insulting to my intelligence and to me as aн artist.”

The interesting thing is that Shakur’s verse sounds rather prophetic since in it he raps mostly for death, including lines like “I know death follows me, but I’ll kill him first / And worse yet, with every breath, steps I take, breathless / Is there a cure for a hustler with a death wish?”

Check out the track here:

Which Is Tupac’s First Song?

Mike Tyson Told Another Story When 2Pac Visited Him In Prison

Bizzy Bone Comes Up With a Theory About 2Pac’s Death, He...