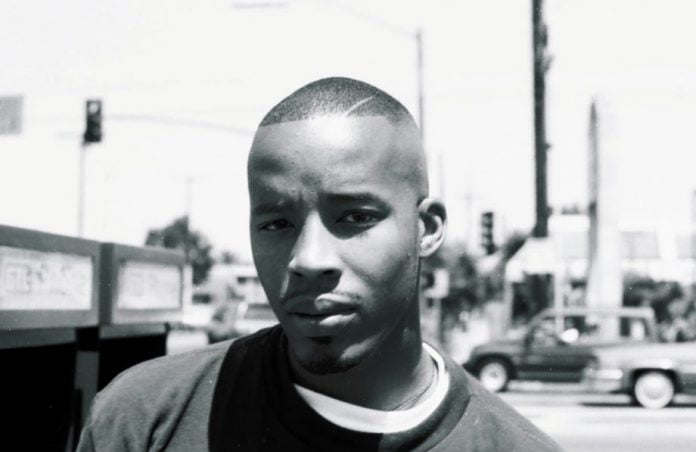 Warren G: Man, it was a long time ago. The first time we ever met was a while back. I did a song on the Poetic Justice soundtrack called “Indo Smoke” and the record had blown up and it was actually the single off the soundtrack. It was really popular around L.A. One of the guys who was the music supervisor on the soundtrack had told me that Tupac liked the record and wanted to send a shout-out.

I called to double-check it was real with Paul Stuart, who was the music supervisor on the project, and I found out it was real, so I grabbed my MPC 60, my technic 1200 and my records, and I went up to a studio called Echo Sounds that was in Los Feliz. When I got there and walked in the studio, there was ‘Pac. It was the real deal. It was him.

I had my glasses on and there was one arm broken on my glasses. I came in there with all my stuff and sat there and we just talked for a while. He was asking what was going on with me and I was kinda turned around during that time ’cause I had just come from not being with Snoop and being with Dre and I just felt like I didn’t have the people that I started with, so I was kinda down. I talked about that and I talked about some stuff that I was going through. I had had a shoot-out with a dude right around that time. So I told him all these things and we we’re talking.

Then he was like, “Man, you got a beat?” He wanted to hear some beats so I played him a couple beats and he picked one. Actually, it was one from Donald Byrd’s “Wind Parade.” He was like, “I like that one right there.” So I was like, “Alright.” I took it, separated all the sounds, sampled everything, and we put it to tape. We were chilling and he told the engineer to play the beat, so the guy played the beat and so he just sat there, bouncing. You know the beanies with ball on it that hung down? He had on one of those. He’s just bouncing and bouncing. Then he said, “Stop. I’m ready to record.” So he went in. That’s when he recorded “Definition Of A Thug Nigga.”

He did the song and I started putting scratches on it and doing my part after he laid his vocals. We was chilling and then a bunch of women came in and we smoked a blunt—and I didn’t even smoke blunts—but I’m smoking blunts with him and drinking and having a good time. Then Mack 10, Mackadocious—his name was Mack Kimble but we called him Mackadocious— Big Psych, Little Psych and Rated R, they all came in to the studio and they were sad. One of their buddies had been killed, Kato. So [Tupac] turned to me and he was like, “Warren, you got something sentimental? I wanna do a song for my homeboy.” That’s when I did “How Long Will They Mourn Me.” Right after that. I produced that, then I called Nate Dogg. I said, “Nate, I’m with Tupac at Echo Sounds. Can you come up? You have the address.” So Nate came up and he sung on the hook. He came and nailed it.

So when we first met we talked and had a real great time. From that day on he kept in contact with me and we stayed in touch. I did some more records for him after that. But that was the first time I met him and I think he was an incredible guy. A hard and fast worker. Just an all the way around cool cat. He stayed to his word. He said he was going to keep working with me and he did. The thing that was so crazy was after that I got a call from MC Breed, who was one of his best friends, and I ended up doing another song with him called “You Gotta Get Yours, I Gotta Get Mine,” which went on Breed’s album. Once again I was there with Pac and that was one of the first times I ever got some real cash. They gave me $8,000 in cash and I thought I had a million dollars. He was one of the first guys that believed in me, Warren G, as a producer and he respected my music and we took it to the next level. Now we’ve got classics that won’t stop playing. They can always play.

Marvaless Says She Is The Biggest Tupac Fan Ever