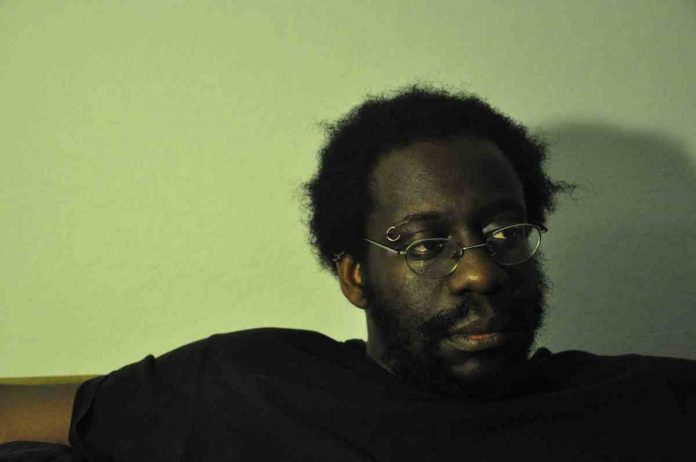 Ayize Jama-Everett (Mmutulu Shakur’s son and Tupac’s step-brother) talk about Tupac in this interview, made by ”the rumpus”

The Rumpus: Tell me about your name.

Ayize Jama-Everett: Ayize means “let it come.” It comes from an African root language. It always means “let it come,” but it’s used in different ways. In South Africa, it’s a name. In Eastern Africa, it’s a celebration. They have an Ayize festival. In the desert, in the Maghreb, it’s a saying. If a giant sandstorm is coming and nobody can get away from it, they just say “Ayize.” Like, “Let it come, motherfucker, we’ll handle it.”

Rumpus: Who named you? Your mom? Your dad?

Jama-Everett: My mom. I didn’t really grow up with my dad. He’s a political prisoner by the name of Mutulu Shakur. I haven’t told this to anyone—not to my publisher, not anybody—but one of his many liaisons was with Afeni Shakur, the mom of Tupac. Tupac wasn’t his kid, but he raised him like a son.

Rumpus: Tupac Shakur was your step-brother?

Jama-Everett: Yeah. But I didn’t find out until I was twenty-five, after he had died. Like most black boys in Harlem growing up, I didn’t know my dad. So I didn’t grow up with ‘Pac. I didn’t know ‘Pac. But I found out later when I met my half-sisters that they knew who I was and that they would always tease ‘Pac and tell him, “You’re not our real brother, Ayize’s our real brother.”

There was this one time, they were shooting the movie Above the Rim around the corner from my mom’s job, and a bunch of friends of mine went down to check it out. I was in a different place [musically] than them. I was like, “Bad Brains is the best band ever!” I had just discovered Fishbone. I was hanging out at CBGB. So I wasn’t that into it, but I went down there with them and somebody called out my name, “Yo, Ayize!” and ‘Pac stopped what he was doing, and he turned around, he looked right at me, and he said, “You’re Ayize?” and I said, “Yeah.” And he asked me, “Do you know who I am?” And I was just kind of like, “Um. Of course I do.” And he said, “Okay. Cool.” And that was it. It was bizarre. I didn’t know what the deal was. It was only years later that I figured it out.

Jama-Everett: That’s right. And I had no idea about it. It was a moment of utter confusion. My friends were all excited for me. They were like, “Tupac talked to you! How do you know Tupac?” and all I could say was, “I don’t know him.”

Rumpus: Did you have any contact with your father at all?

Jama-Everett: I saw him a few times when I was very young. And we talked on the phone sometimes. But he’s in jail. And I don’t like jail. Also, his notion of what it is to be politicized and black is annoying to me. It’s just straight annoying. He wanted Tennessee and some other states to secede. And I’m like, really? I don’t have a dad because you wanted to do that? And not just me, there’s like fourteen other motherfuckers out there, too. Papa was a rolling stone, you know?

To me, the most revolutionary thing you can do as a black person is raise some happy, cool kids that feel good about themselves and the world around them.