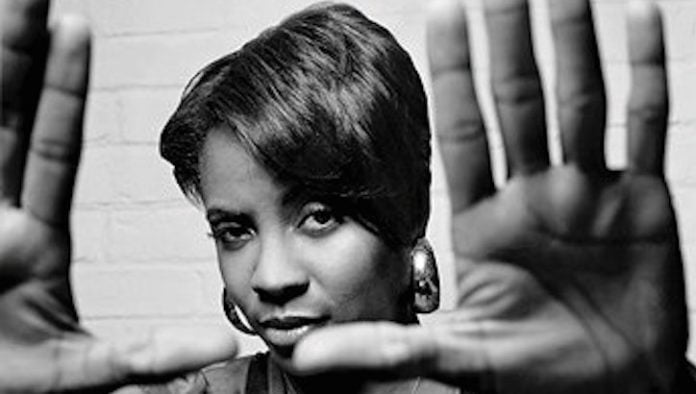 MC Lyte: I went to Dannemora [Prison] to visit Tupac when he was incarcerated [in 1995]. To sit and talk with him, you’re talking about a man who was just so creative, so many thoughts, that I’m sure would run through his head on the daily, but even moreso being incarcerated and left with pen and pad.

And just to read through some of the poem that he wrote, that was a life-altering moment for me. And also to see him there, a caged bird ready to fly, but yet having to learn lessons. And I guess to some degree we choose the lessons that we need to learn. But that was a fond memory, to actually be there with him with nothing else. Yeah.

Nobody goes to Dannemora unless you’re going to see someone in prison. It was just heartfelt. It was years and years ago—I don’t remember the words, I remember the sentiment, I remember what I felt, and it was just a pouring out of his heart. He did that pretty well with being able to really show you who he was as a person through his lyrics, and there’s not many that do that. He was certainly one of them.

Jada Pinkett Sent 2Pac Pictures In Lingerie While He Was In...

2PacLegacy - January 17, 2022 0
Majesty, a member of Live Squad would also go on to clarify a mystery around one of Tupac’s most renowned songs – ''God Bless...