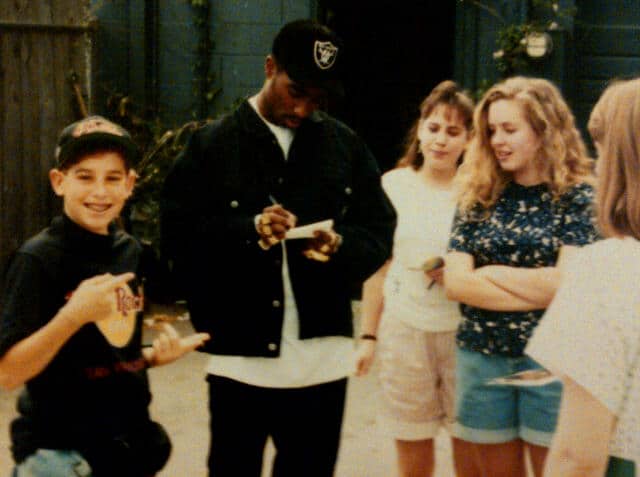 I first met Tupac when I was fourteen, a freshman in high school, just a few days after my little sister was born, and about a year and a half before my step-brother, a year younger than me, would die of brain cancer. 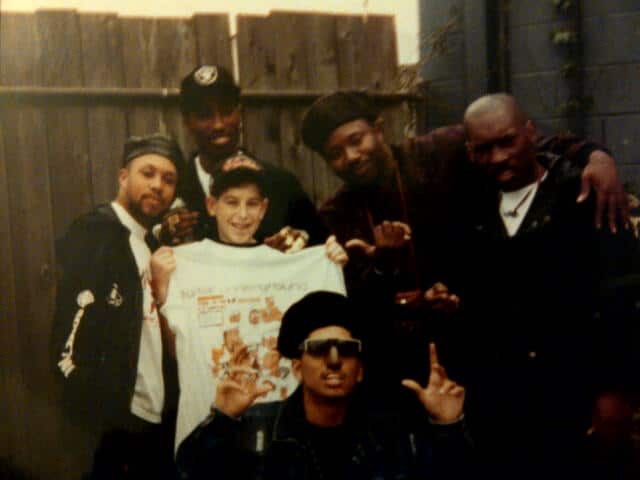 It was May 1991. My step-brother’s dream was to meet Digital Underground, which was granted by the Make a Wish Foundation, so we flew to Oakland for the weekend and hung out with Tupac, Money B, Shock G (aka Humpty Hump) as they filmed something (was it a video?) at a Go-Kart racing rink in Oakland. That weekend we spent a few afternoons at the recording studio where they put the finishing touches on their album This is an EP Release. At one point, my family and I stood in the recording studio wearing headphones and clapping along to the track “Same Song” (which I am listening to on Youtube as I write this); who knows whether they ever used our clapping on the album, which would come out on July 1, or if it was just a nice gesture. For years I misremembered that Tupac was the one who had written “take care of those sexy blue eyes, Amy” on my page of autographs written on a piece of paper torn out from a tablet from LaQuinta Inn, but that was really Shock G; Tupac had signed off Love Always 2PAC. 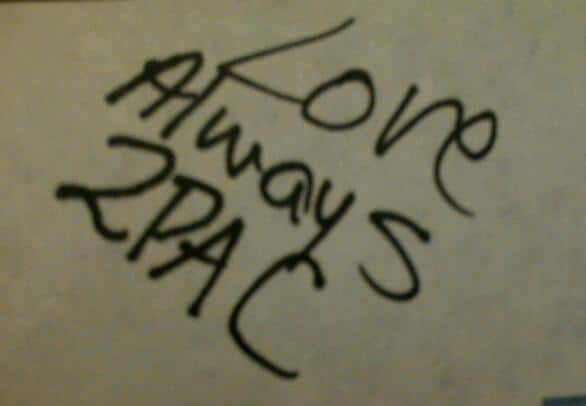 When we arrived at the Go-Kart track in Oakland, Tupac told all the kids swarming around that my stepbrother, in his 49ers cap, Ray-Bans, and Simpsons T-shirt, was the kid from “Home Alone,” so suddenly there Frank was signing autographs, which Tupac seemed to get a kick out of. I got the sense that Tupac was fond of practical jokes. He was very funny and quick; he teased the way an older brother might.

At this point, in 1991, Tupac wasn’t yet 2Pac; he was just a kid, really, only five years older than me, who debuted his rapping in Digital Underground’s “Same Song” and who distinguished himself, to me, by his great laugh, his ridiculously long eyelashes, and by offering me a piece of Big Red (which I kept for years), by hamming it up for all the pictures I took, and by giving me a very sweet kiss on the cheek before we all left town. He also distinguished himself by continuing to call my step-brother to check in on him, from time to time, and sending him that new CD before it came out in July. 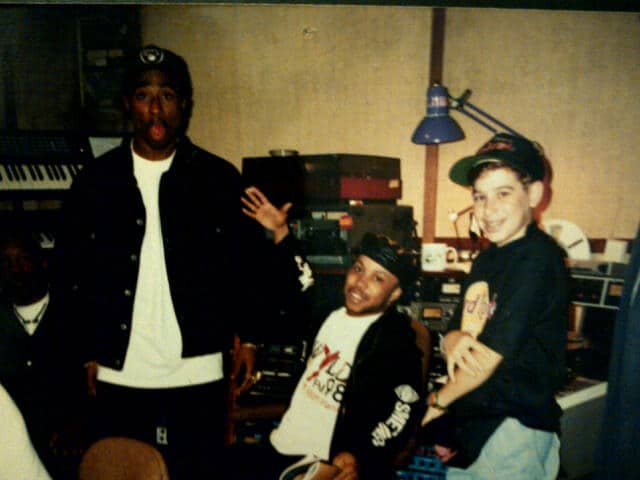 The next time I met Tupac, he had become 2Pac. It was the fall of 1994 at the premiere of a Keenen Ivory Wayans film, “A Low-down Dirty Shame,” in New York, and this time I was a freshman in college, my very first semester, covering the premiere for The Barnard Bulletin, my school newspaper. Security was lax, so before the movie started I worked up the nerve to make my way to the front of the theatre to interrupt Tupac and his date, Jada Pinkett (not yet Pinkett Smith), who was a star of the film, and none too pleased by the interruption.

I managed to get Tupac’s attention and asked if he remembered meeting my family in Oakland a few years before. I told him that my step-brother had died and thanked him for being so kind. He got up to give me a big hug. I was close enough to admire his long eyelashes once again. We met again in line at the concession stand later that night; more conversation, another hug, as a bunch of kids interrupted for autographs and I was reminded of the time when Tupac had my step-brother signing autographs back in Oakland. The film was released on November 23, 1994, and I remember it was cold enough to require several layers, so this second meeting with Tupac must have occured sometime that week. Just a week before he would be shot several times at a recording studio in Manhattan, on November 30, 1994, the day before the verdict of his sexual abuse trial would be announced.

We all know what happens after that; or, I suppose, we don’t; but we do know that Tupac died on September 13, 1996. It’s hard to believe that that was sixteen years ago today. I hope that Tupac and Frank have run into each other in the afterlife, that they are kicking it like they did back in ’91, somewhere up in the sky…