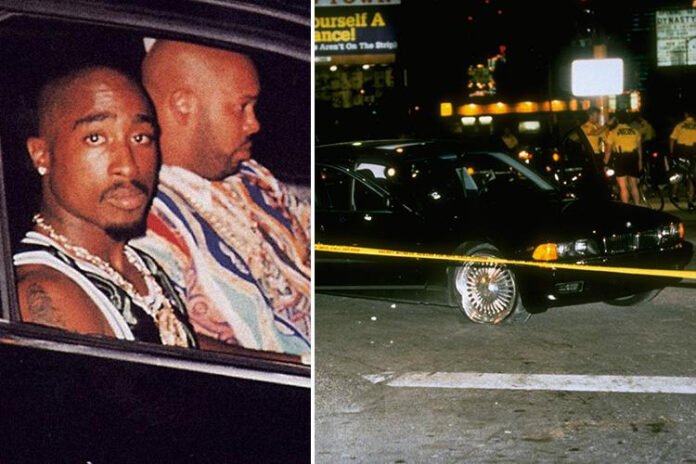 Chris Carroll was one of the first police officers to arrive at East Flamingo Road and Koval Lane in Las Vegas on September 7, 1996, when Tupac was shot. The now-retired police officer has shared what he witnessed when he first arrived at the crime scene. Carroll was a sergeant in Las Vegas Metro Police back in 1996, but his words now slam all conspiracy theories and rumors that Tupac could still be alive.

The death of one of the greatest rappers ever remains unsolved 25 years later and maybe that’s the fact there are plenty of conspiracy rumors and theories saying that Tupac is still alive and hiding from the world. Some rumors suggest Tupac is alive and hiding in Cuba, while others prefer other destinations like Malaysia.

With one of his interviews regarding the shooting of Tupac Shakur, Carroll clearly declares that Pac’s last words were “F**k you”. Also, Chris Carroll remembers the night of September 7, 1996, clearly and says the injuries that Tupac got following the fatal shooting were too serious and it was physically impossible to escape (addressing the theory that Tupac had a team to help him escape in that night).

“He is absolutely positively dead. I know he means a lot to people, but the guy is gone and is never coming back. Just to clarify when I say gone – I don’t mean gone abroad – in case conspiracy theorists misconstrue that line. I mean he is dead. He had multiple gunshot wounds on his body. There were large-caliber wounds to his torso and vital organs,” Carroll said.

“This happens every time someone very famous dies, it’s very difficult for people to accept the fact that the person they admire so much is dead,” Carroll added.