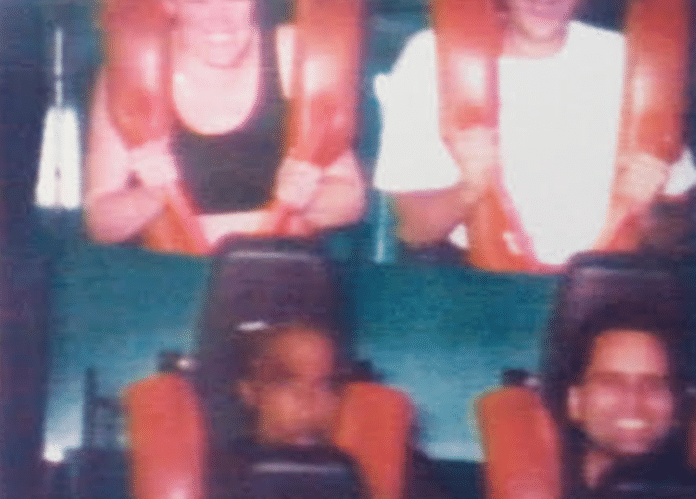 In 1992, the year after releasing his debut studio album, 2Pacalypse Now, Tupac Shakur decided to visit Six Flags Magic Mountain in Valencia, California. After waiting in line, he strapped into the Viper roller coaster, which automatically took his souvenir picture during an exciting peak of the ride. Now that amazing photograph – which features an autograph on the back – is being sold to the highest bidder as part of auction house Paddle8’s “Legendary Sale.”

A previous auction listing describes the item as “most likely unique color laser print souvenir photo,” in “fine condition” and housed in the “original 6.25 x 4.75 Magic Mountain Viper folder.” The reverse features a personalized black ballpoint autograph from the rapper-actor to his roller coaster seatmate “Daniel,” which reads, “Peace Daniel, Be a Homie. 2Pac.” The piece is accompanied by a letter of provenance from the original owner, which describes the chance encounter with a burgeoning hip-hop legend.

It’s worth noting that while the three other people in the picture appear to be smiling with delight, Tupac’s expression is stoic – as if the roller coaster’s winding turns aren’t fazing him a bit. (Unlike DMX, who shouted some intense gibberish during his viral-friendly amusement park outing).