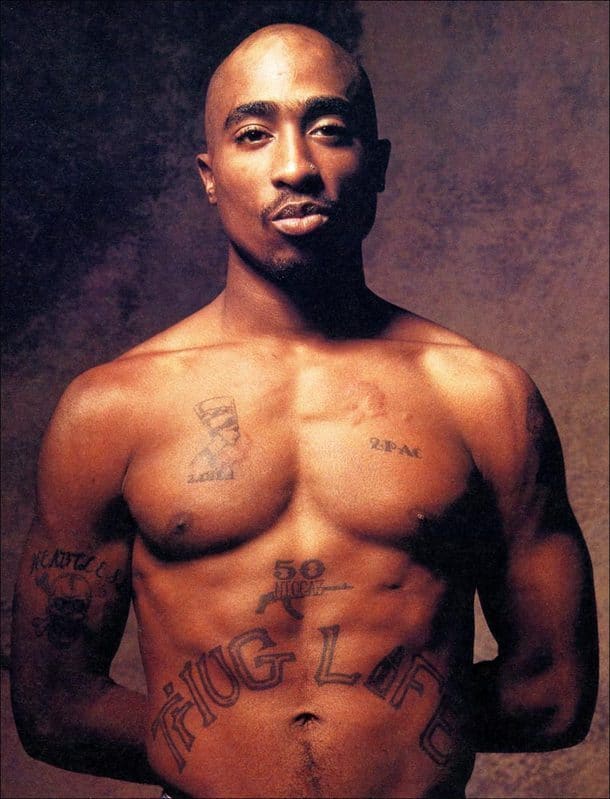 On August 18, 1993, Tupac shot one of the most memorable photo session with photographer Danny Clinch in New York.

“There’s a session that everybody always asks me about with Tupac Shakur in 1993. I shot a lot of hip hop back in the day and there was always a really big entourage if you were doing an album packaging or editorial. It was always a lot of people – way more than necessary.

“Then I got the assignment from Rolling Stone to shoot Tupac. And I was excited about it, really excited about getting a Rolling Stone shoot. Even though they told me the photo was only going to run over a quarter-page, I was envisioning a Rolling Stone cover. At the time, I was not only doing really loose, documentary-style photography I had also taken this old 4×5 camera, which is a very slow portrait-style camera. So I decided to really concentrate on that.

“So Tupac shows up – with just one guy. And he was really excited about being photographed. He was really professional. He showed up on time, ready to go, and had bought a couple of different shirts and a Thug Life jacket. We got started shooting a few photographs. He was really intrigued by this big old-view camera where you put the hood over your head and you get in there. It’s a slow process. He was super photogenic and the camera loved him.

“At one point he said, ‘Let me change it up,’ and he took his shirt off and you could see all his tattoos – the Thug Life tattoo and the scars on his chest. I don’t think I would have ever asked him to take off his shirt. Collaboration can be a small part of a session, but it can really make a big difference, and he was really into it. So we started to shoot with the shirt off, which for me, became the epic photo. They ran the photo as a quarter-page. Then three years later, he’s killed and that photo wound up on the cover of Rolling Stone.”