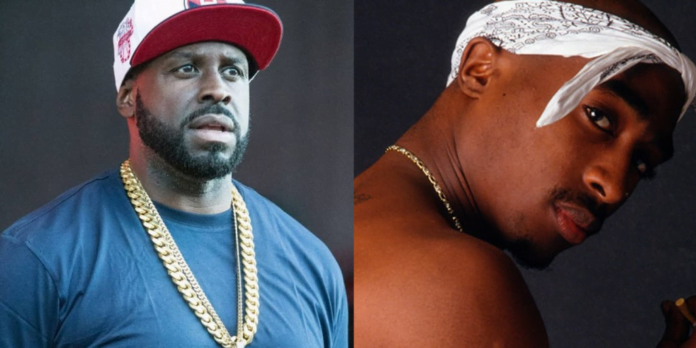 .During the conversation Funkmaster Flex asked who would they consider on their top 5 MC’s from the 90s and 2000s era. Styles P goes on to add Jay-Z, Biggie, Nas, The Lox. Dave East intervenes and mentions Tupac’s name which Funkmaster Flex had mixed feelings about. “The Pac thing sometimes gets swapped out for me depending on where im at on Eminem,” explains Funk Flex. Dave East agrees to a certain degree, “Talking bars, I wouldn’t put Pac in that. He was more of a, I felt Pac.”

Styles P goes on to give his thoughts on Tupac, “I always felt he was the poet of our time in music. There was times where he went lyrically ape shit but there was times when I went he wasn’t the most lyrical dude. He was very much poetic.”

It’s no secret that Funkmaster Flex is not a fan of Tupac and has expressed those feelings throughout the years. Flex would go on to give Tupac some credit by saying, “yea..he had some melody.”

Certain times in my life where I was going through something…. I found myself riding to Pac – Styles P

Afeni Shakur Net Worth Of $50 Million