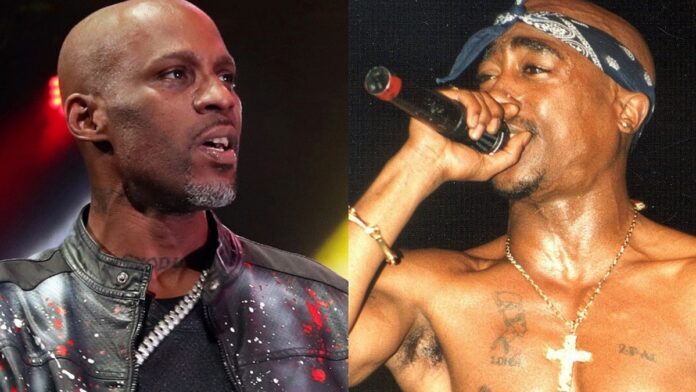 Throwback: When DMX acknowledged his massive respect towards Tupac

It’s definitely been a sad week for hip-hop lovers around the world. Rap lost one of its greatest after DMX was announced dead on the 9th of April, spending 6 days in а coma after an extreme overdose. Tributes were paid to the legendary artist from his fans and lovers around the world, but maybe this is a fine moment to remember a moment when DMX was the one showing respect to a fallen legend – Tupac Shakur.

Both men certainly made a name for themselves in music history. Both managed to become fan-favorites and will be remembered for their uncompromising lyrics towards any form of authority, against which they had battled throughout their respective careers. It was their humanitarian natures that made them heroes for many of those, exiled from society.

In 2012, DMX made an appearance on the show „RapFive Live”, where he voiced his opinion on the fallen Shakur and the comparisons between the two. The great rapper was adamant that, despite having tremendous respect for the life and accomplishments of 2Pac, he didn’t want to be associated as “I’m not the next Pac, I’m the first X,”. DMX, however, never dismissed his love for Shakur and his music. He just wanted to be his own man, which he undoubtedly achieved.

X went to admit the comparisons between the two were logical. He admitted that both men were able to create a fantastic bond with their fanbases and a big part of the reason for that was that they understood that the path to creating great music, was to yield to the problems of society. DMX continued by adding that since both men brought a similar message to their listeners, maybe quite a few Tupac supporters looked at him and saw the man, who would take the torch from Shakur. “We feel you like we feel him, I took that as a sign of respect”, X was quoted.

DMX certainly will never be regarded as just a Tupac clone, but one thing is certain – both legendary rappers left a firm mark on the hip-hop industry and should only ever be seen as figures of inspiration for the generations ahead.

Marvaless Says She Is The Biggest Tupac Fan Ever

Def Jam To Release Posthumous DMX Album ‘Exodus’ On May, 28