Randy Walker aka Stretch was born in Springfield Garden, Queens on August 21, 1968 in New York City. His mother, Lucilda, had emigrated from Jamaica to the U.S. two years prior to his birth. Walker’s father died when he was 13 years old. His mother supported him, his brother and his two sisters by working as a nursing  attendant at New york University Medical Center.

By 1988, Walker, his younger brother, Chris “Majesty” Walker and DJ K-Low formed the rap group Live Squad. Two of the group’s songs, “Troopin’ It” and “We Ain’t Havin’ It” were featured on BQ In Full Effect.

Stretch’s daughter, Moneysha, was born in 1989. Tupac was godfather to his daughter.

In 1990, Yo! MTV Raps host James “Ed Lover” Roberts passed Live Squad’s demo to a Tommy Boy Records rep, which resulted in the group securing a record deal with the label.  That same year, the Walkers met labelmate and Digital Underground founder, Gregory “Shock G” Jacobs, who introduced Stretch to DU group member Tupac Shakur the following year. Stretch’s first of many collaborations with Shakur is a verse he contributed to the DU song “Family of the Underground”, which appears on DU’s 1991 album, Sons of the P. He was also featured on “Crooked Ass Nigga” and “Tha’ Lunatic” from Shakur’s debut solo album, 1991’s 2Pacalypse Now.

After Tupac was cast in the movie Juice, Walker accompanied him to the film’s Harlem set and made a cameo in the film. Following Tupac’s discovery that a local teen he’d befriended had stolen some of his jewelry from his trailer, Stretch, fellow rapper Anthony “Treach” Criss and Tupac stomped him in the street.

The following year, Live Squad released the short film, Game of Survival, featuring the group members in a music video and a skit. Tommy Boy, however, dropped the group that same year due to the violent content of their music.  The group does appear, however, on the songs “5 Deadly Venomz” and “Strugglin‘” on Tupac’s 1993 album ”Strictly 4 My N.I.G.G.A.Z…” In addition to “5 Deadly Venomz”, Stretch also produced the album tracks “Holler If Ya Hear Me” and “The Streetz R Deathrow“.

Stretch started performing in shows with Tupac, appearing in his music videos and he produced songs on the albums “2Pacalypse Now”, “Strictly 4 My Niggaz”, “Thug Life Volume 1” and the scrapped album “Troublesome 21” (from which most of the tracks were later used for “Me Against the World” and „R U Still Down?“).

In some of Pac’s early work a company called “Grand Imperial Thug Music” is credited whenever Live Squad appear on or produce a Tupac record, although Stretch or Majesty are not named for any of the production in the „Thug Life“ booklet this same company is credited for production for a lot tracks on the album and it is my understanding that “Grand Imperial Thug Music” is Tupac plus Live Squad meaning Stretch and Majesty helped produce „Thug Life Volume 1„; “Grand Imperial Records” went on to become a record company co-owned by Majesty and Queens rapper E-Moneybags who recorded a few songs with Live Squad and Tupac, most notably the track “Big Time” which was released in 2001.

See ”Database” for all Stretch’s songs.

Stretch made another movie appearance in 1993, in the comedy, Who’s the Man?, starring his old friend Ed Lover. He also made a cameo in the music video for the Above the Law track “Call It What You Want”, which features Tupac and Ron “Money-B” Brooks and “P.

The 1994 movie Above the Rim, featuring Tupac, features the Stretch / Tupac collaboration, “Pain“, which Stretch also produced. The two performed on the Arsenio Hall Show that same year. Stretch also appeared in the music video for Tupac’s song “Pour Out a Little Liquor” and played a prominent role in the Tupac – directed music video for Mac Mall’s “Ghetto Theme”.

On November 30, 1994, Stretch accompanied Tupac  to Manhattan’s Quad Recording Studios. Shakur had been invited to the studio by James “Jimmy Henchman” Rosemond in order to record a song with rapper Shawn “Little Shawn” Wilkins – for whom Rosemond was acting as manager. At approximately 12:25 am, they were robbed in the lobby by two armed perpetrators.

Tupac and Stretch were still friends until Pac was sent to jail on 14th February 1995 but their friendship quickly deteriorated after Tupac learned that Stretch was still doing shows with the Notorious B.I.G. after he had accused him of being involved with the New York shooting, Pac felt like Stretch had sided with Bad Boy while he was locked up, In a Vibe interview Tupac went on to insinuate that Stretch never tried to help him during the shooting which Stretch responded to in another Vibe interview. Tupac sent a letter from jail and in the footer are the names of all people he considered his enemies struck out, Stretch’s name is last.

Tupac suggested in a prison interview later published in Vibe magazine that Stretch’s failure to fight the gunmen who approached them in the lobby of the building that housed the Quad Recording Studios was suspicious.

The only time Stretch is ever mentioned by Tupac again is on the song ‘Against All Odds’ from Makaveli when he says “and that nigga that was down for me, rest his head, switched sides, guess his new friends wanted him dead”.

Walker produced the tracks “Take It in Blood” (on which Nas mentions him by name) and “Silent Murder”, both of which appeared on the 1996 album, It Was Written, for fellow-Queens rapper Nasir “Nas” Jones.

On November 30, 1995, after he dropped off his brother, Chris, at his home in Queens, which was located four blocks away from his own home, two unidentified men in a black vehicle pulled up alongside Walker’s green 1992 Mazda MVP while he was driving along 112th Ave. and 209th St. in Queens Village and opened fire. A high-speed chase ensued, resulting in Walker crashing his vehicle into a tree, hitting a parked car and flipping over. He had been shot four times, twice in the back.

On November 30, 1995, Stretch was being chased by at least two men in a black car when he was shot at least four times, crashing his minivan at the corner of 112th Avenue and 209th Street in Queens Village just after 12:30 A.M., said Lieut. Vito R. Spano, commander of the detective squad in the 105th Precinct.

And what about you and Stretch from Live Squad?

Stretch was my closest dog, my closest homie. I did alot of drama, I got into alot of cases and shyt because of Stretch. Money wise, he couldve had anything. His daughter was my daughter, whatever she wanted she could have. Then this shyt happened and the nikka didnt ride for me. He didnt do what your dog is supposed to do when you shot up. When I was in jail, nikka never wrote me, never got at me. His homeboys was coming to see me nad he wasnt coming to see me. And he started hangin around Biggie right after this. Im in jail, shot up, his main dog and he hangin out going to shows with Biggie. Both these nikkas never came to see me.

And before he passed, you never got a chance to talk to him?

Aint no words. The rules of the game are so self-explanatory.

After all that went down, people are trying to say its some sort of hit connection…

Nah, Know what happend? Rules of the game, what comes around goes around. I never had no violent thoughts towards Stretch at all. I just didnt want to **** with him no more, but I didnt want to kill him. He was my dog. Once you my dog, you my dog. He got shot just like I got shot. Everybody believed it was just a random ****in robbery (when I got shot), this nikka get killed, now random shyt dont happen. There are two methods of fighting, the one by law, the other by force: the first method is that of men, the second of beasts; but as the first method is often insufficient, one must have recourse to the second. 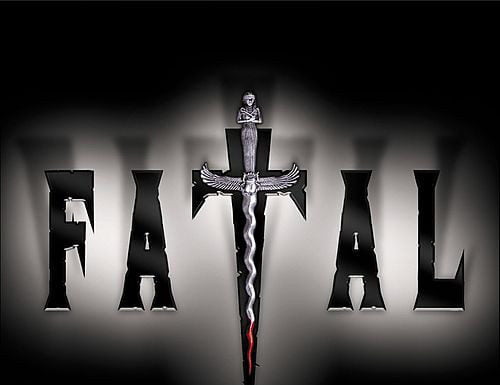