Watani Tyehimba, Tupac Shakur (2pac) preceptor and activist teacher is a (CPP), Board Certified in Security Management, and (CCDI), Board Certified Criminal Defense Investigator has been in the protective services field since 1972.  Socially, Tyehimba was also a member of the Black Panther Party Movement during the 1970’s and the 1980’s. Mister Tyehimba  has performed duties as a legal investigator and paralegal for law firms in California, Illinois, Michigan, Mississippi, and New York since 1979. 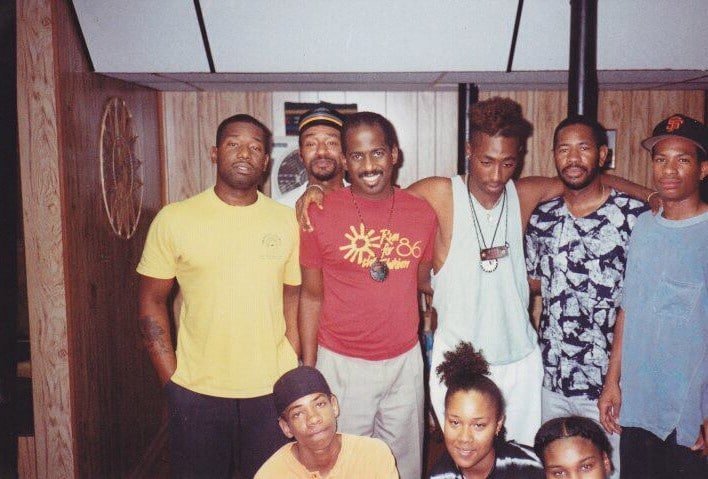 For five of those years he worked as an apprentice private investigator in Los Angeles, California in order to qualify for his own private investigator’s license. Tyehimba Services, Inc., specializing in Criminal Defense Investigations and Protective Services was established in Georgia in 1997. For three years, Mr. Tyehimba provided film and music management services for « High Profile » artist Tupac Shakur. This provided him an invaluable insight into the entertainment industry on all levels.

Mr. Tyehimba has been qualified and testified as an expert witness in forensic firearms evidence and the reconstructive aspects of crime scenes and shooting incidents for the Superior Courts of Georgia & Mississippi, and is licensed by the Georgia Board of Private Detective and Security Agencies as a classroom and firearms instructor; is an Advisory Member for the Criminal Defense Investigation Training Council and a faculty member for the Georgia Public Defender Standards Council, the Georgia Capital Defenders and the National legal Aid & Defender Association.

In 1998 and 2006, he served as a subject matter expert (SME) to review and revise both the Private Detective and Security Agency licensure examination for Georgia. In 1999 he served on the Board of the Georgia Association of Professional Private Investigators. From 1998 to 2012 he was an adjunct instructor for DeKalb Technical College, teaching the Private Investigation and Security Officer courses. He is also certified by the NRA as a Pistol, Home Firearms Safety and Personal Protection Instructor. Master Tyehimba co-created a martial arts system entitled Kupigana Ngumi-The New Afrikan Combat System, which is an eclectic system that can be utilized by security and law enforcement personnel, as well as individuals seeking basic skills in personal protection. Mr. Tyehimba is available for seminars, workshops and panel presentations; as well as speaking engagements.

Another story for ”Thug Life” Tattoo

When Tupac got his “thug life” tattoo, his manager, Watani Tyehimba, a former Black Panther who had been close to Tupac since he was a small boy, was apoplectic. “I said, ‘What have you done?'” Tyehimba recalled. “We talked about it, and it became clear that he did it to make sure he never forgot the dispossessed, never forgot where he came from. He was straddling two worlds. And he saw that we never make it as black people unless we sell out. He was saying he never would.” Tupac collaborated with four other rappers on the album “Thug Life, Vol. 1” (which grew out of an earlier project called “Underground Railroad”).

The idea was that the album would enable gang members to escape street life by becoming musicians. There were to be subsequent volumes of “Thug Life,” with a new group of gang-member rappers each time. Some of the songs that Tupac and his fellow-artists wanted to include were rejected by Interscope. Tupac acknowledged that he “wouldn’t play ‘Thug Life’ to kids. Not that it’s anything that would make them go crazy or anything, but I wouldn’t.” Still, he knew that it was the harder lyrics that sold the best, and were perceived by the audience to most closely mirror life in the ghetto.