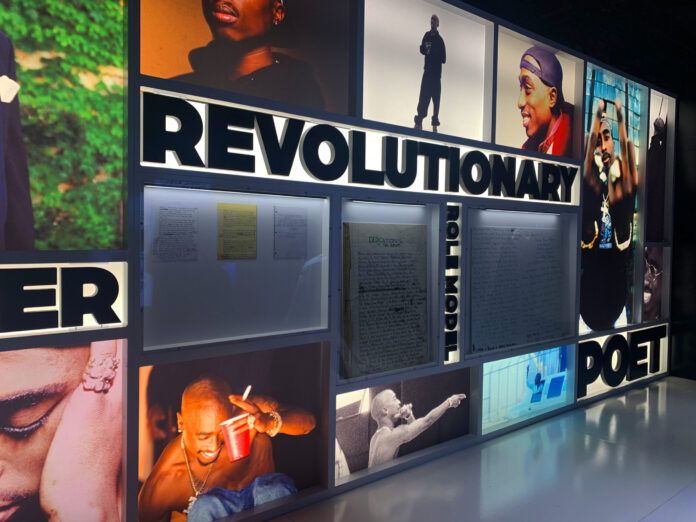 The start of 2022 was filled with intriguing emotions for the Tupac faithful. Los Angeles became the host of an event, which was greatly anticipated – the opening of the Shakur Museum, where people could walk through the life and deeds of the fallen rap legend. Despite this looking like a dream scenario for all fans, the exhibition seems to have come at the worst time possible. Behind all of the mystery, history, and fascinating artifacts, which are exposed for all to see lies the tale of an unwritten final will and a lawsuit worth millions of dollars for the rights over Shakur’s work and belongings.

It’s commonly known that the Tupac Estate has been the one, who holds all rights over the late rapper’s intellectual rights, as well as all of the items and properties he left behind. That was much more clear before Afeni Shakur, Pac’s mother, passed away in 2016, leaving everything in the hands of her trustee – music executive Tom Whalley. That might not be so clear-cut anymore.

About a week before the exhibition launched, it turns out that Sekyiwa Shakur, Pac’s lone sister, had filed a massive lawsuit against the Estate and Whalley, accusing him of embezzling millions of dollars and the rights to all items, which formerly belonged to Shakur himself. The story has it that Whalley was the man who signed Tupac on the Interscope record company in 1991 – the first rapper, who became part of the label. He was appointed in 2015 as manager of Amaru Entertainment, which held a large part of Pac’s intellectual property. Now, almost 6 years after Afeni Shakur’s death, it seems like his name will be mentioned quite a bit.

Sekyiwa and her lawyer believe that much of the possession, which is part of the exhibit at the museum, belong to her, as the true successor to the legendary Tupac. That’s especially valid for the items in the latter part of the exhibition – extraordinary stage outfits, jewelry, and many more. The great rapper’s sister’s name was also featured on a couple of occasions during the tour.

Londell McMillan, the aforementioned lawyer of Sekyiwa, is actually very well acquainted with cases of family disputes over the property of a former fallen legend. Back in the day, he’d represent pop sensations, Michael Jackson and Prince, before both left the face of the earth. In an interview regarding the lawsuit, he admitted that the exhibition is fantastically set up, but adds that it would’ve all been perfect had Shakur’s sister received her part of the act.

Even though Afeni’s trustee agreement officially obliged Whalley to relinquish all the property rights to portable items such as clothes, jewelry, etc., there was a sticking point in the documents. The exception to that is any personal property, which is held primarily for investment reasons. Howard King, who represents the trust of Afeni Shakur, points out that a pair of Tupac jeans might’ve been originally worth 10 dollars, but upon being worn at an album photoshoot, the value sky-rockets to 20 thousand or more. Sekyiwa, on the other hand, accuses Whalley of exploiting the exception, thus deriving her from any sort of items, including some, which hold more sentimental value, than monetary. So to say, it’s actually Whalley who calls all the shots in terms of the items, which are to remain as part of the trust, meaning that Sekyiwa has no real say on the matter whatsoever.

This probably all seems a bit unfair at first sight, but Howard King does have a valid point. As the attorney of the trust, he shed light on the fact that Pac’s sister does have a share in the trust, meaning that any profit, generated from the museum or other activities, involving the Tupac Estate, means that she will also receive a sum of money, amounting to her share. King believes that Whalley and the trust are in their right to try and generate as much income as possible so that everyone can benefit from that. McMillan, however, doesn’t seem to be having any of that, stating indirectly that he and his client will persevere in the battle to obtain some of their belongings, left from the former legend. There will soon be a hearing on the case in court, so only time will tell how this tale will end.