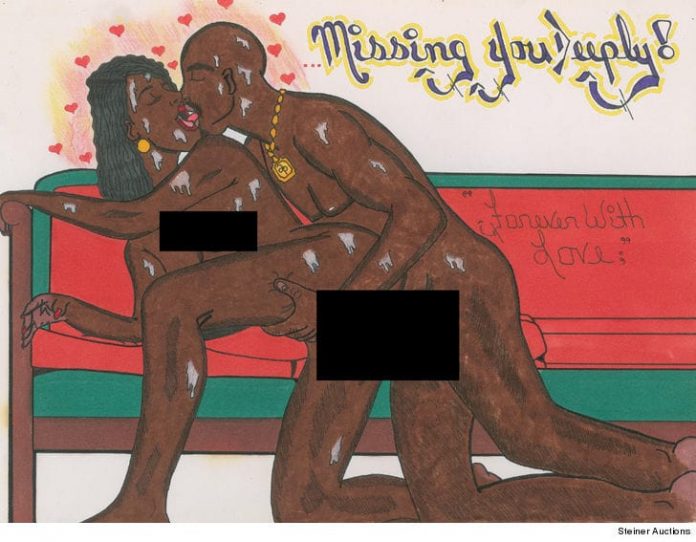 Tupac Shakur was a revered rapper and that he stands as a certified legend, but some fans aren’t privy to the fact that he was also a skilled illustrator with a lot of sex on his mind.

Now, 23 years after his incarceration, a wealthy fan has a chance to own the explicit drawings and love letters the late rapper made for his girlfriend while behind bars.

Today (Dec. 24), TMZ reports that ‘Pac’s hand-drawn pornographic illustrations of himself having sex with his girlfriend Desiree Smith are being put up for auction.

According to Steiner Auctions, the Better Dayz rapper’s illustrations, envelope and card were all crafted by Tupac in 1995 during his incarceration at Clinton Correctional Facility in Dannemora, NY. 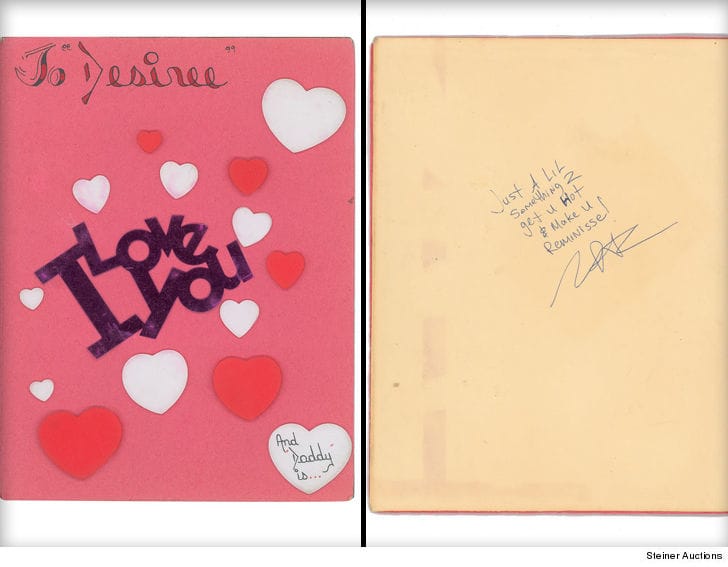 The drawing depicts the Death Row artist and Smith having sex on a couch, with the words Missing You Deeply above them. Shakur’s freaky yet artistic creations go up for auction today.

The explicit drawing isn’t the only handmade work of art from Pac’s estate that has gone up for sale. Last month, two love letters ‘Pac wrote back in high school were put up for auction.

Back in 1995, Pac wrote a couple of letters addressed to a young lady named Averel while he was a freshman at Paul Laurence Dunbar High School in Baltimore, Md. In the first one, Makaveli introduces himself. In the second he puts the mack down. Averel sold the documents to internet auction house Moments in Time, who have dealt a number of pieces from the late rapper in the past.

Few months ago 2Pacalypse Now Notebook with Handwritten Lyrics, Set Lists, Drawings And more were up for auction as well.

Stretch Involved or Not in Shooting ’94? The Shooter Dexter Isaac,...