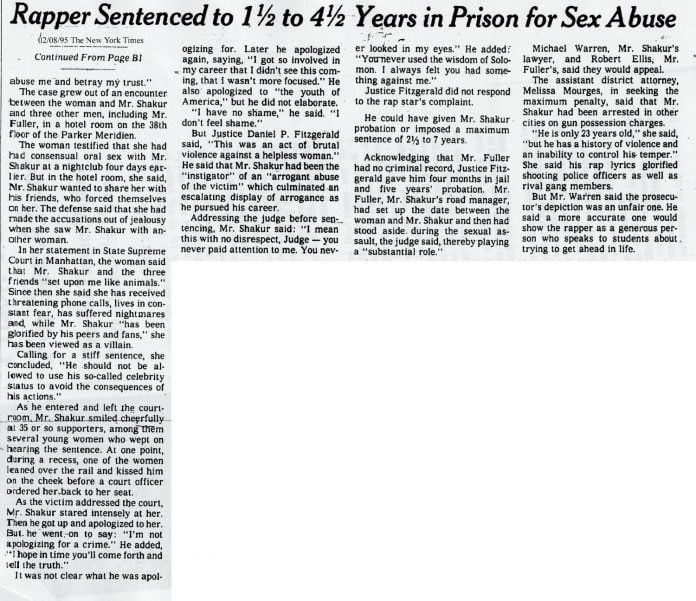 On February 07, 1995, Tupac was sentenced to one-and-a-half to four-and-a-half years in prison for sexually abusing a fan, and he tearfully apologized to his victim. But even as he apologized, he said that he had committed no crime.

“I’ve been shot five times and He’s brought me this far,” Mr. Shakur said. “I put my faith in God. Once again, I have no shame. What happens, happens for a reason. I leave this in the hands of God.”