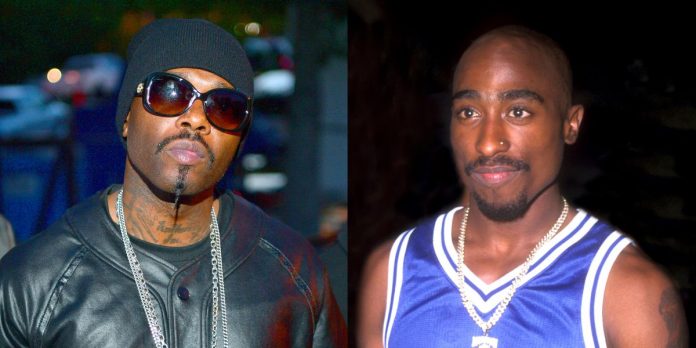 The artist, writer and producer Sky Keeton, a close friend of Left Eye reveals more information about what really happened between Tupac, Treach, and Left Eye.

In the latest episode of The Art Of Dialogue, Sky Keeton shares some details about the time when he was working in the same label with Left Eye. The interview starts with Sky’s career and how he got into the music industry at all.

Sky Keeton talks on meeting Left Eye when he was chasing the dream, got to Atlanta with no money, no home and by pure luck he came across his father’s hometown friend whom wife was a manager to Left Eye that time.

So after they met, she heard his stuff and when Left Eye found out he was homeless, got him into her crib. Then it all started, Keeton describes how Eye gave him his career as a ghostwriter and made him famous.

After short introducing, Sky goes straight to the topic of what happened between Left Eye and Tupac. “Tupac and Left Eye became friends and they were really cool you know…vibing, love each other to death”

“Tupac told Lisa, /they were laughing at something/ 2Pac: Look, no matter what whatever happens don’t ever let me fuck you” that’s what he told her,” Keeton says.

“And so she decided that they will just be friends, although she had an interest in him, you know, after you said that it was like – okay cool” Sky continues his interview, pointing that Left Eye met Treach “who was Tupac’s best friend, they had something going on. Tupac found out about it, he got pissed off, they got an argument so that’s what happened.”

“She went anywhere, I was right there with her ” Keeton adds. “Treach told to Pac about him smashing and you know, Pac got pissed off and called Lisa and cut out and that was it”

“She was hurt about it, cuz she loved Pac, you know, she loved him to death. She told me that she and Tupac are like twins”

Almost at the end of the interview, to the question “Is the song “Can You Get Away” by Tupac about Left Eye?” Keeton says straight “NO”.

The interview ends with Sky Keeton reaching out to the Outlawz, and telling a short funny story about how once Tupac called Lisa (Left Eye) to his hotel room, when she arrived, thru all the traffic, Pac told her she gotta come back later. Left Eye was pissed off, cracked the door and Pac called the security on her.

Did Tupac ”Can U Get Away” Song About TLC Member Left...