Was There an Eternal Triangle Between Tupac Shakur, Lisa “Left Eye” Lopes, and Andre Rison?

“Hopelessly In Love” is Lifetime’s newest show that tells us about the romantic relationships of many famous Hollywood couples. The first episode of the docuseries revolves around the on-again-off-again relationship of TLC rapper Lisa “Left Eye” Lopes and NFL player Andre Rison.

The couple dated for over a decade, after meeting in an Atlanta club in 1992. As most relationships, theirs had many highs and lows, but it was obvious they loved and cared for each other. For that reason, many people were shocked to discover that during her time with Rison, Lopes was also entangled with Tupac Shakur.

The spiciest fact is that Tupac and Rison were friends long before Lisa came into Rison’s life. On the other hand, Lopes had been best friends with Tupac since 1991, when they met at an industry event. As you can see the eternal triangle is indeed present, and that is why this first episode attracts so much attention.

Even though friends of Lisa confirmed that she was immediately attracted to the rapper when they met, they claimed to be only friends, and in 1992, she started dating Tupac’s friend. Many people believe that she was in love with both of them at the same time. The strangest thing, however, is that it seems as if Andre knew it as well.

Lopes and Rison were surely one of the most infamous couples in the industry, and the fact that in 1995, after starting a house fire in their home, Lopes was arrested, proves it. While the TLC rapper was in the diversion centre, her boyfriend did not visit her that often as he was traded to the Cleveland Browns and was extremely busy.

Even though she continued dating him after being released, things were not the same and she felt closer and closer to her friend Tupac.

“It was a strange love story because she and Pac never slept together and she and Andre were in a full-fledged relationship,” Smith said. “Andre had her heart and Tupac had her soul.”

As one could expect, Rison was very suspicious of the relationship between his girlfriend and Tupac. Still, did Tupac and Lopes ever date, and were they ever intimate?

According to Reign Lopes, Lisa’s sister, when both rappers first met, Tupac told Lopes that they could never be intimate and that this is a rule they must not break. However, Lisa’s cousin, Tangi Foreman believes that Lisa wanted something more.

“Lisa adored Tupac. If Tupac wanted to go there, she would have dated Tupac,” she said. “She really reflected on who she wanted to be with when she got out of the diversion center.”

Unfortunately, in 2002, the world was once again shocked by Lisa’s death in a car accident, and she will never be able to confirm or deny this love triangle.

Did Tupac ”Can U Get Away” Song About TLC Member Left... 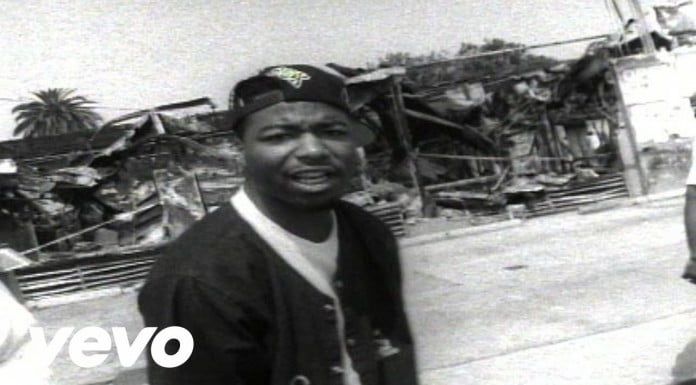